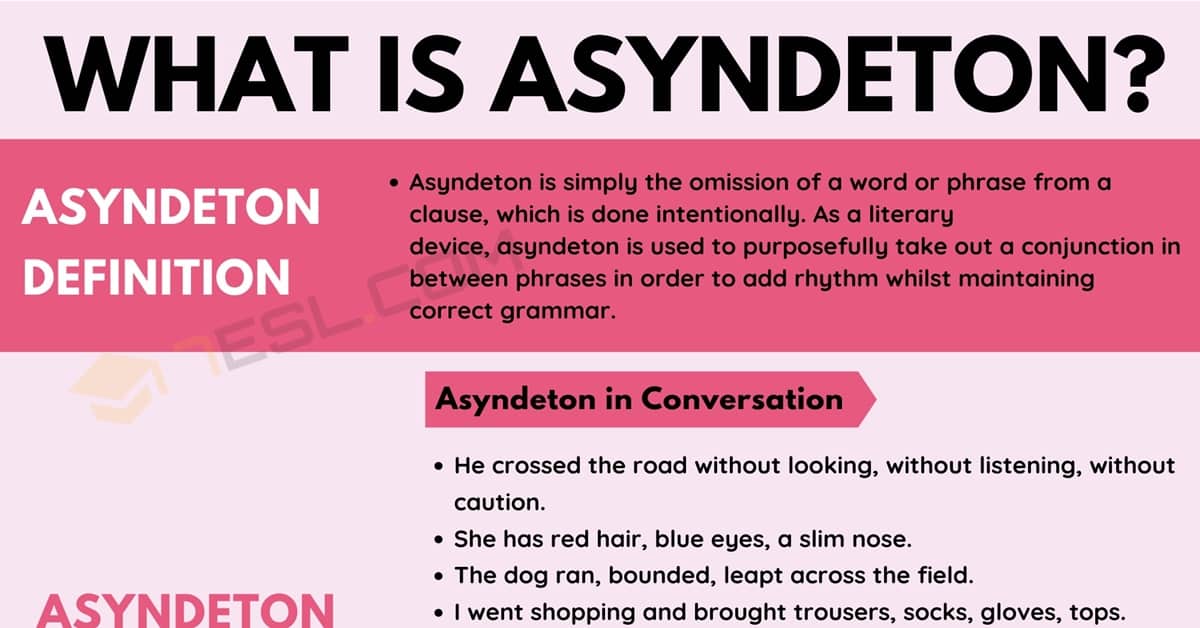 The word asyndeton might seem a little confusion at first glance, however this is a concept which is relatively easy to understand once it has been explained. We are going to look at the definition of asyndeton as well as taking a look at some examples of how it can be used in both spoken and written language.

Asyndeton is simply the omission of a word or phrase from a clause, which is done intentionally. As a literary device, asyndeton is used to purposefully take out a conjunction in between phrases in order to add rhythm whilst maintaining correct grammar.

You are likely to see the use of asyndeton in day to day speech quite often. We are now going to take a look at some examples of how it can be used in conversation.

As we mentioned previously, asyndeton can be used as a literary device. Let’s now take a look at some examples of how it can be used in written text.

By looking at how asyndeton works in both spoken and written English we have been able to see that it is a way to omit a conjunction or words from a sentence whilst still allowing for grammatical correctness. It can be used as figurative language in spoken conversation and as a literary device by writers. 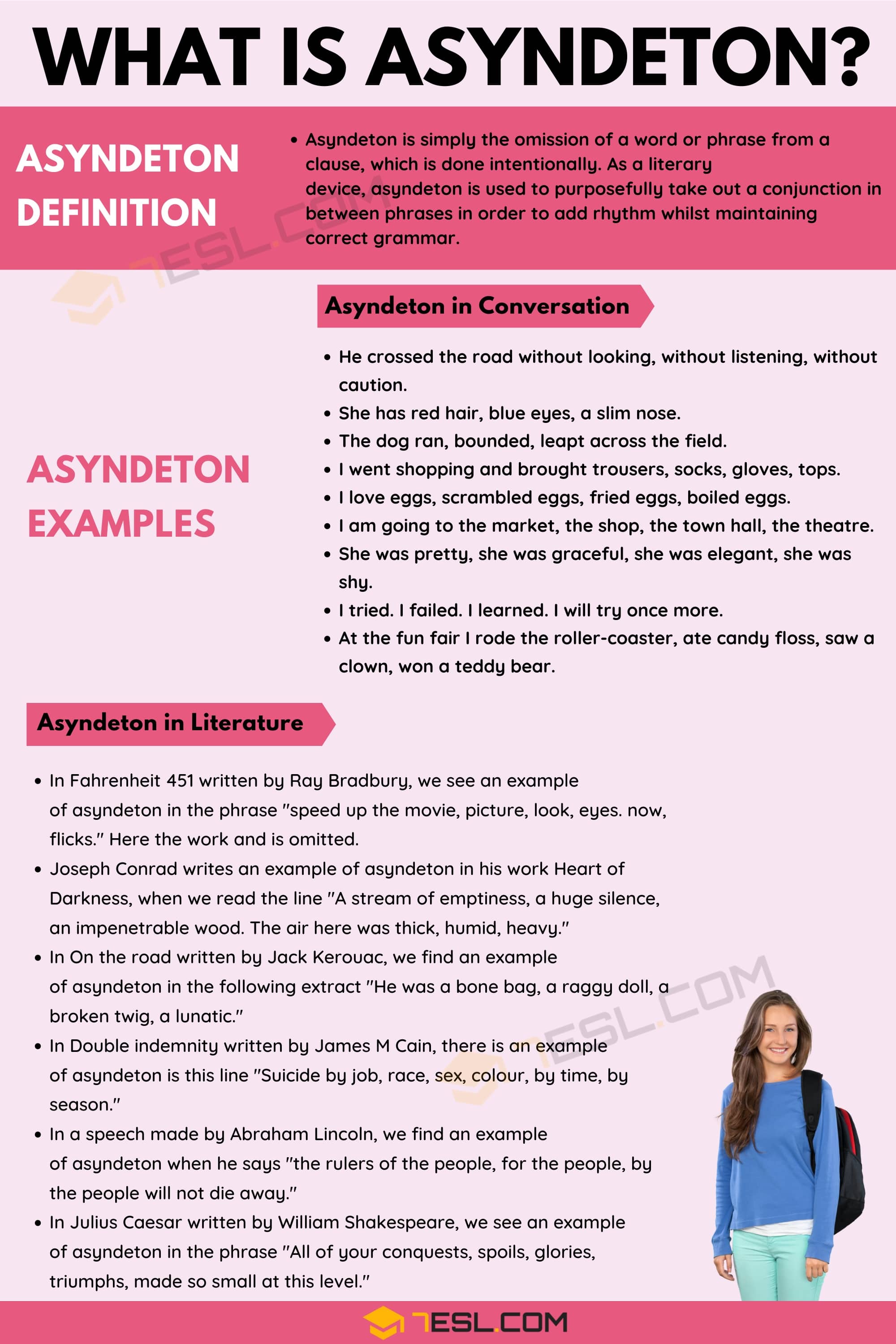