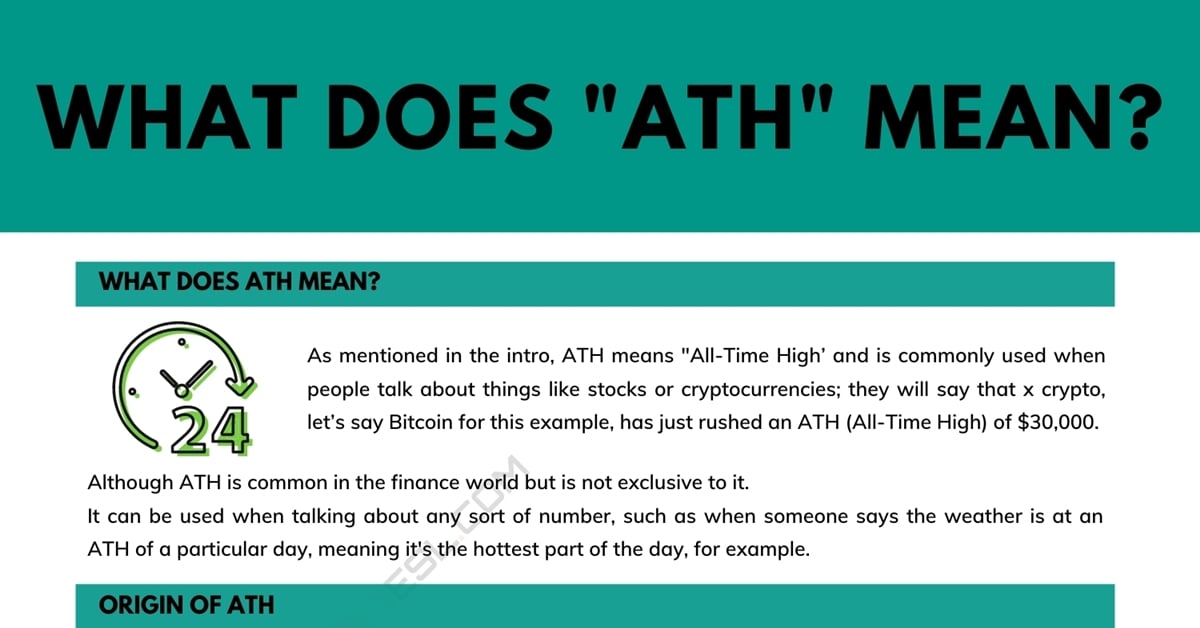 What does ATH mean? Abbreviations have always been popular online. Ones such as BTW or BRB are the typical ones you’ll use in an everyday conversation, which we are sure you’re all too familiar with and probably use them by yourself when you’re texting your friends. But one of the more “newer’ abbreviations that are becoming more and more popular, especially in the financing world, is ATH or “All-Time High’

Let’s talk a little bit more about ATH and what scenarios you can use it in.

What Does ATH Mean?

As mentioned in the intro, ATH means “All-Time High’ and is commonly used when people talk about things like stocks or cryptocurrencies; they will say that x crypto, let’s say Bitcoin for this example, has just rushed an ATH (All-Time High) of $30,000.

Although ATH is common in the finance world but is not exclusive to it.

It can be used when talking about any sort of number, such as when someone says the weather is at an ATH of a particular day, meaning it’s the hottest part of the day, for example.

The origins of ATH first started out in the finance world, as a way for people to cut down the number of words they were using when they were talking about specific stocks or cryptos that had hit a new all-time high in the current market.

ATL would have to be one of the most closely related acronyms to ATH; ATL simply means all-time low and again can be used when talking about a specific stock or crypto which has hit a new all-time low over a specific set of time.

There are other acronyms that are commonly used in the finance world, alongside ATH:

There are a few other meaning of ATH that are used far less than its common usage:

When to Use ATH

ATH is used when something rises in value, this value could be money or even the temperature of the weather.

For instance, you could say, my crypto account has reached an ATH of $30,000 this morning or the temperature outside reaches its ATH at 3 pm today.

Here are a few examples of using ATH: 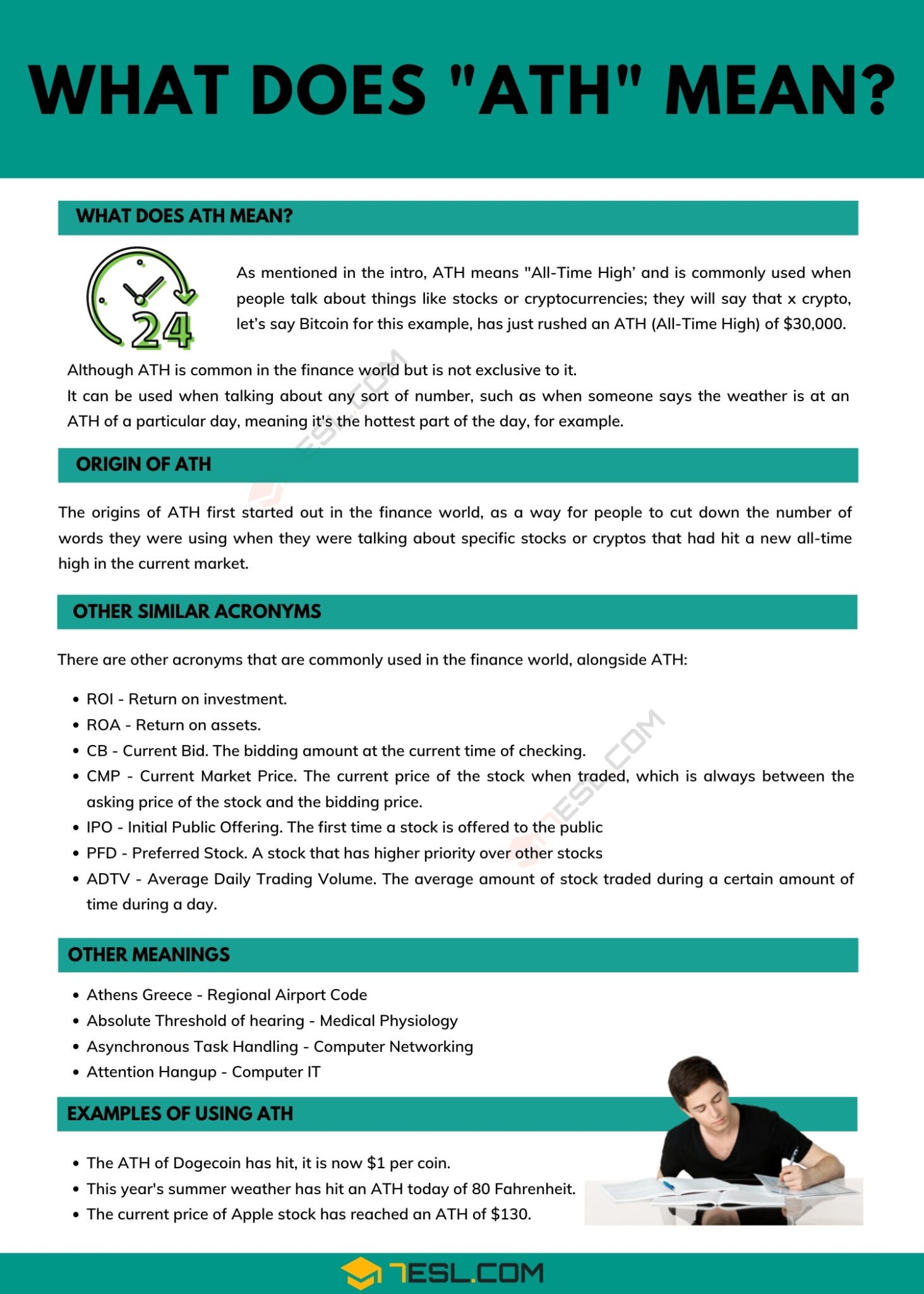