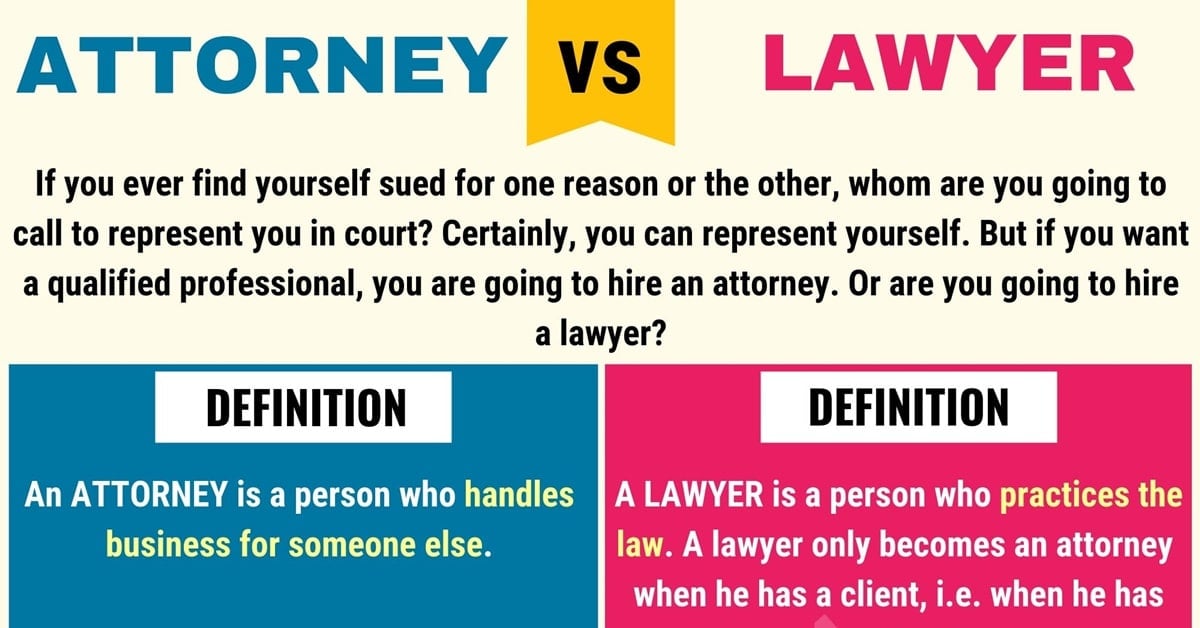 Attorney vs. lawyer! If you ever find yourself sued for one reason or the other, whom are you going to call to represent you in court? Certainly, you can represent yourself. But if you want a qualified professional, you are going to hire an attorney. Or are you going to hire a lawyer? These words seem to have very similar meanings, so it’s best to figure out if there are any significant differences.

In common English, these two words are used interchangeably when referring to people who represent their clients in court. However, strictly speaking, you can’t say that all lawyers are attorneys. A lawyer only becomes an attorney when he has a client, i.e. when he has someone to conduct business for.

Some people who practice law call themselves exclusively attorneys because they believe that the title of a lawyer is associated with dishonesty and other negative connotations.

However, the distinction between these two terms is very rarely observed in everyday speech or even by those who’ve made dealing with law their profession. So, everyone will understand what you mean, and nobody will probably get offended, no matter if you call someone a lawyer or an attorney.

Still, if you want to be completely correct, remember that an attorney is an agent hired by a client to represent him or to conduct any other kind of business for him. A lawyer who’s working with a client is simply one type of attorney.

Difference between Lawyer vs. Attorney | Picture 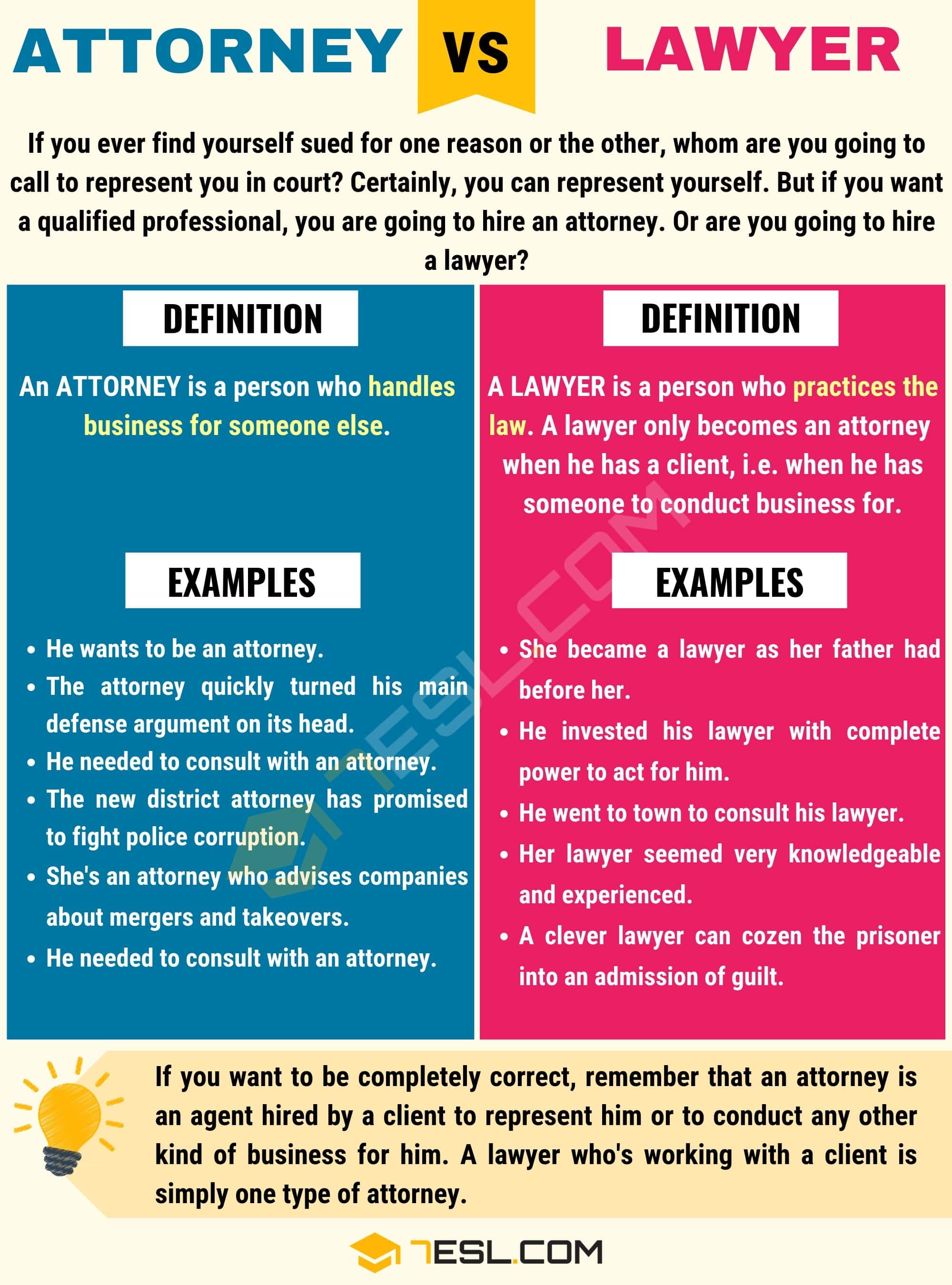