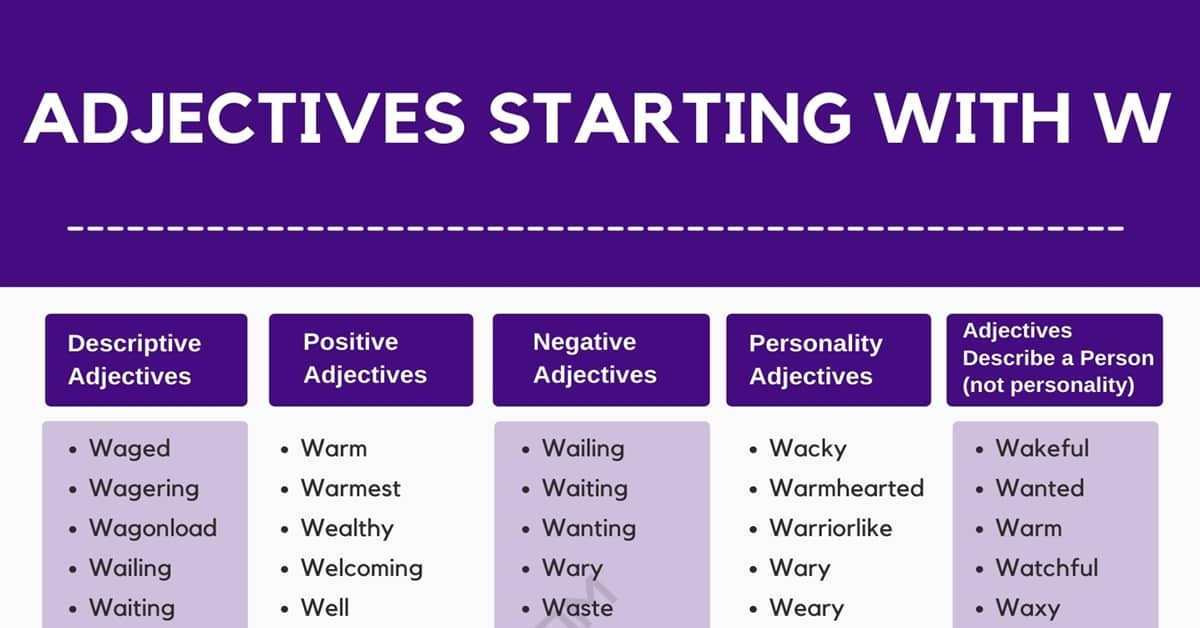 The letter W is the 23rd letter of the English alphabet. It is the only letter with two syllables. In English, words that start with W are sometimes silent. These are often words that begin with WR. Adjectives that Start with W Adjectives are words that are used with a noun or pronoun. They help to clarify by … Read more

There is a huge list of adjectives that start with O in English. Adjectives are the part of speech that modify nouns or pronouns. The qualify, limit, or specify, providing more information about the noun or pronoun. Adjectives that Start with O The letter O is ripe with adjectives. There are several prefixes that can be added … Read more 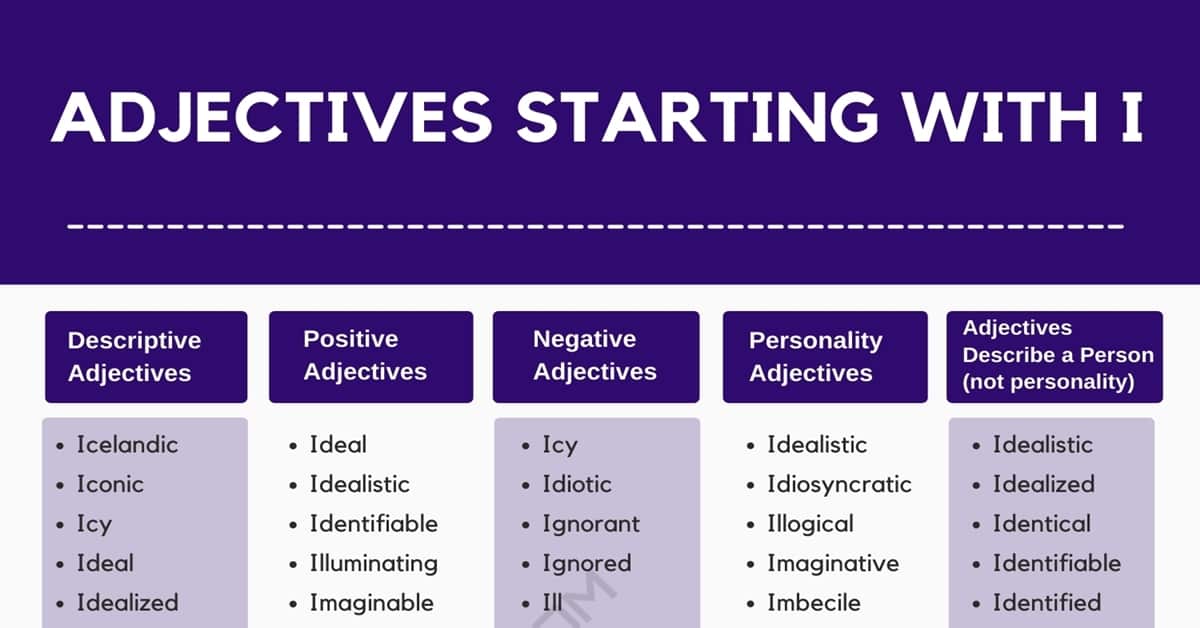 Adjectives are words that modify nouns or pronouns. They give you additional information about the noun or pronoun, often by highlighting the quality or extent of something. They also help specify the item from something else. In this lesson, we are going to take a look at 1000+ common adjectives that start with I in … Read more 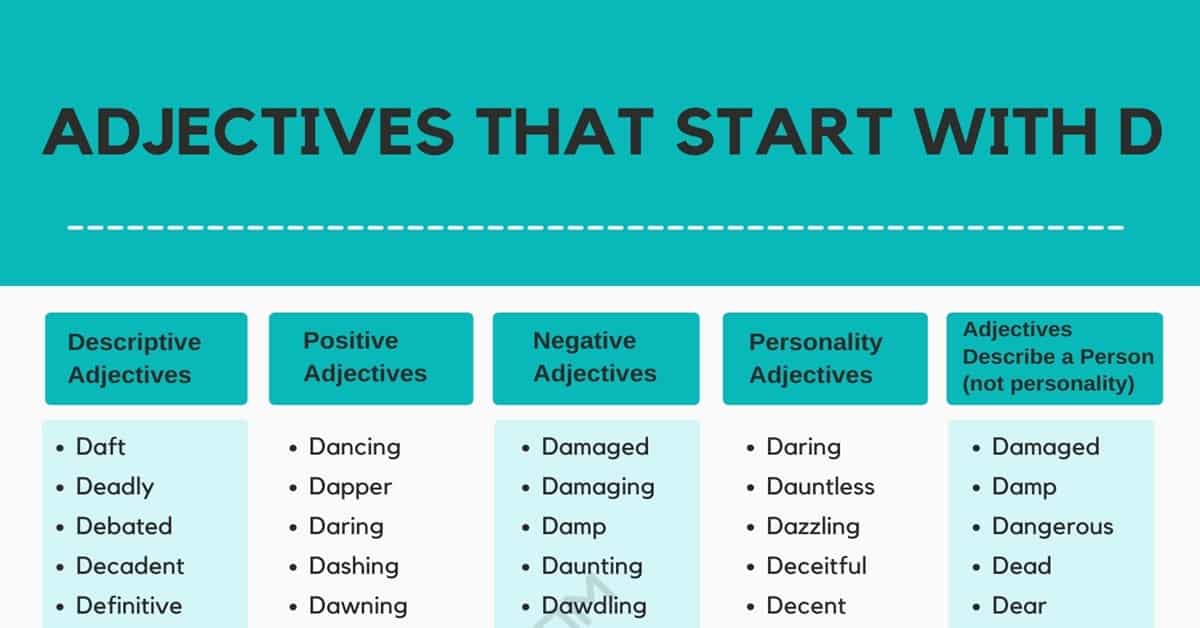 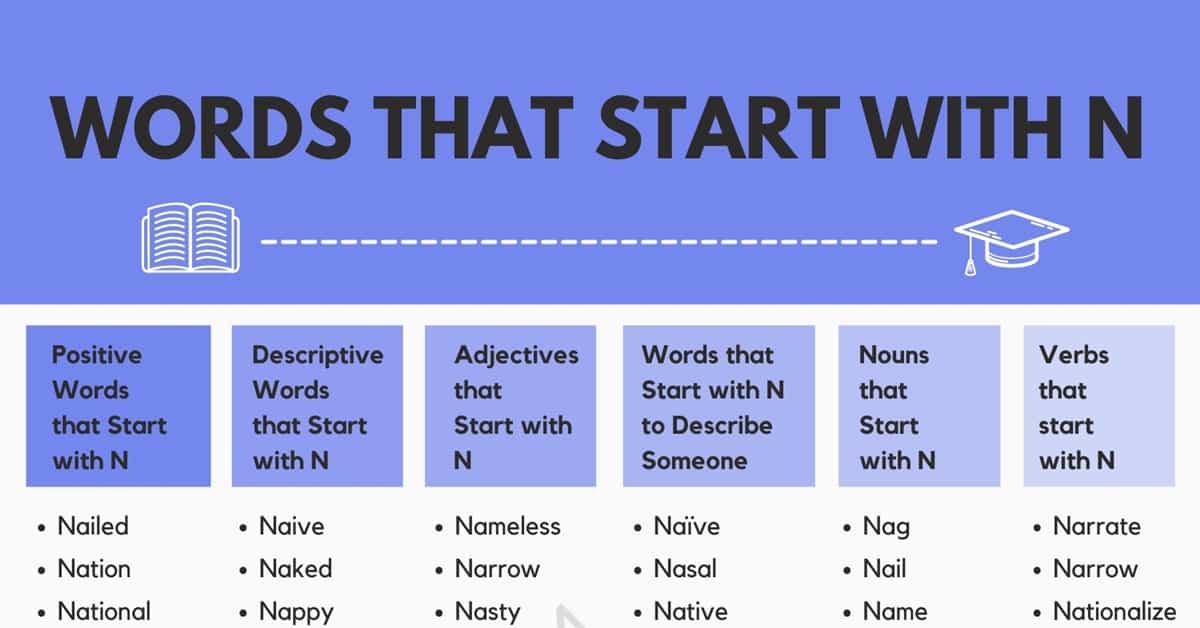 Common words that start with N (N words)! .In the modern English alphabet, N is the fourteenth letter. The letter N can be traced by to Egyptian hieroglyphs where it was one of the most commonly used symbols. It meant “snake.” Similar to the letter M, N It was used in multiple languages, included Phoenician, Etruscan, Greek, and Latin. N is usually pronounced … Read more 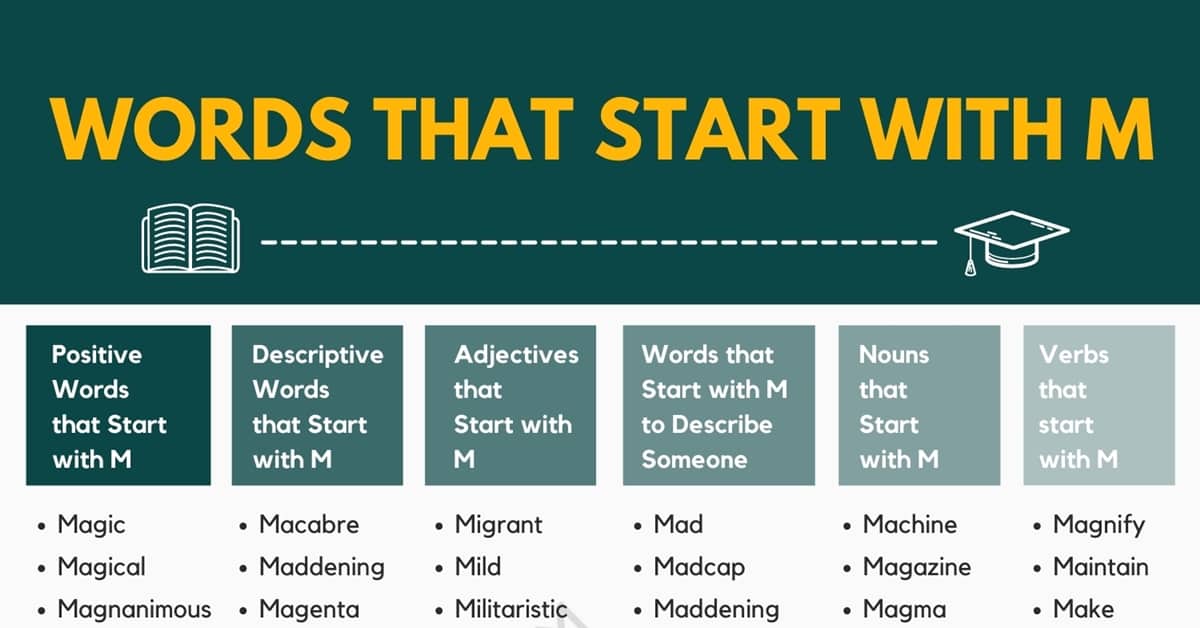 Huge list of 1800+ words that start with M (M words).In the modern English alphabet, M is the thirteenth letter. The letter M can be traced by to Egyptian hieroglyphs where it meant “water.” It was used in multiple languages, including Phoenician, Etruscan, Greek, and Latin M is usually pronounced “em” or “muh.” Words that Start with M Positive … Read more 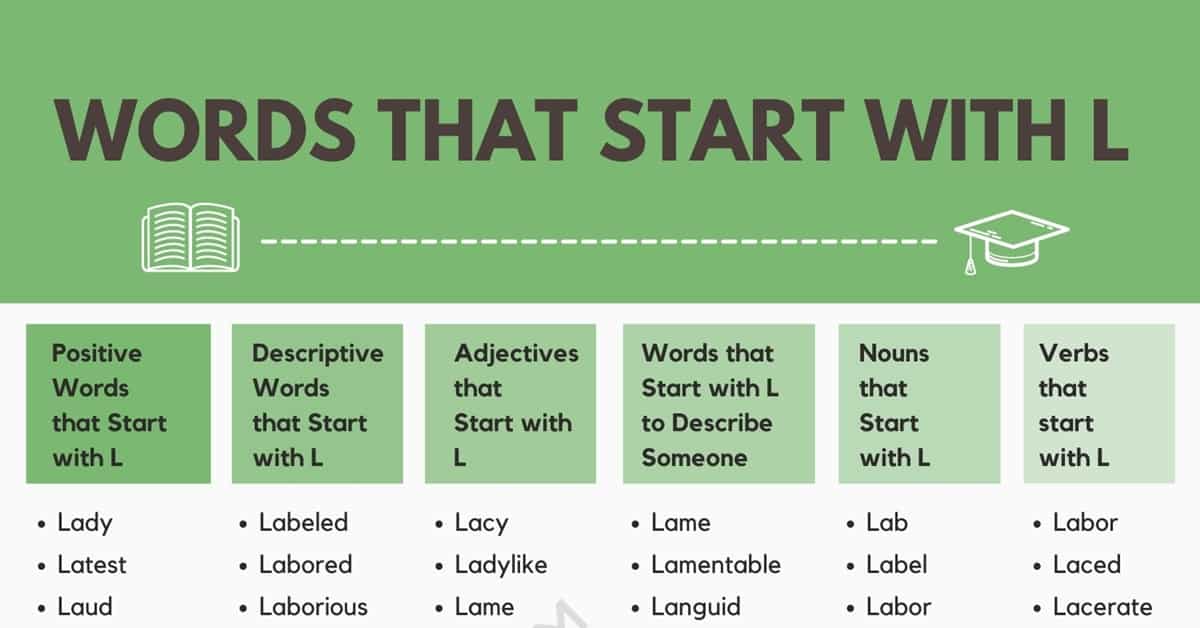 List of words that start with L in English! In the modern English alphabet, L is the twelfth letter. The letter L has its roots in Egyptian hieroglyphs and may have originally come from a picture that represents a cattle prod or shepherd’s staff. L is usually pronounced “el,” or “le.” In this article, we are going to take a … Read more 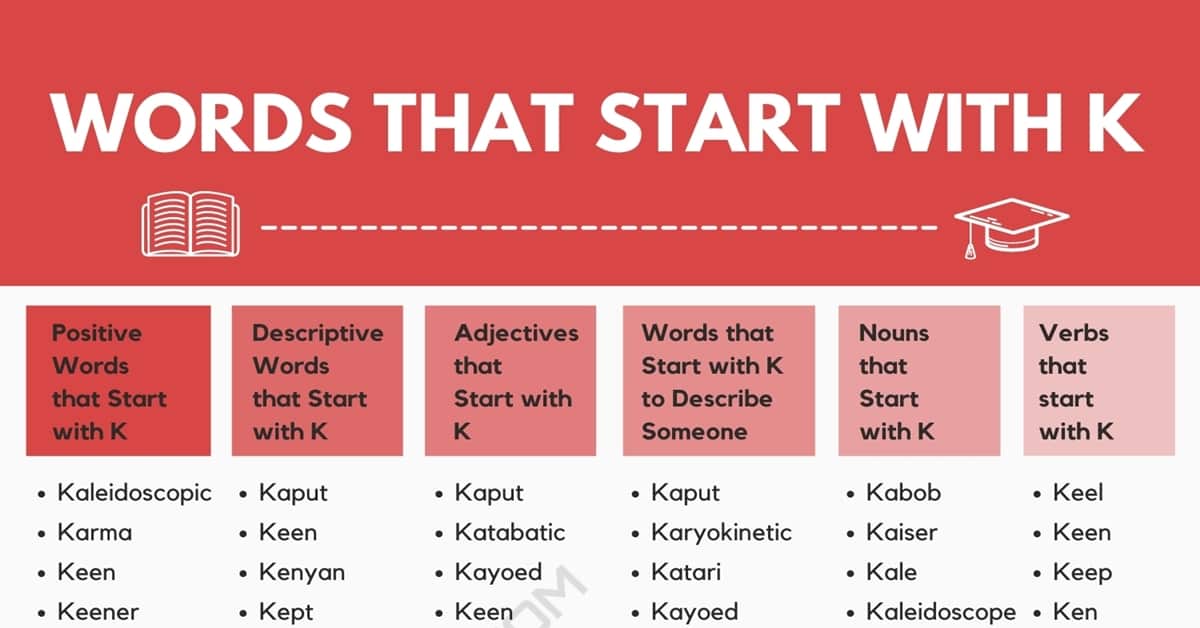 In the modern English alphabet, K is the eleventh letter. The letter K has its roots in Egyptian hieroglyphs but began to take the current form when it appeared in the Greek alphabet. The Latin dictionary contains very few words that begin with K. Because of that, we still find a lower number of words that begin with K than most other … Read more