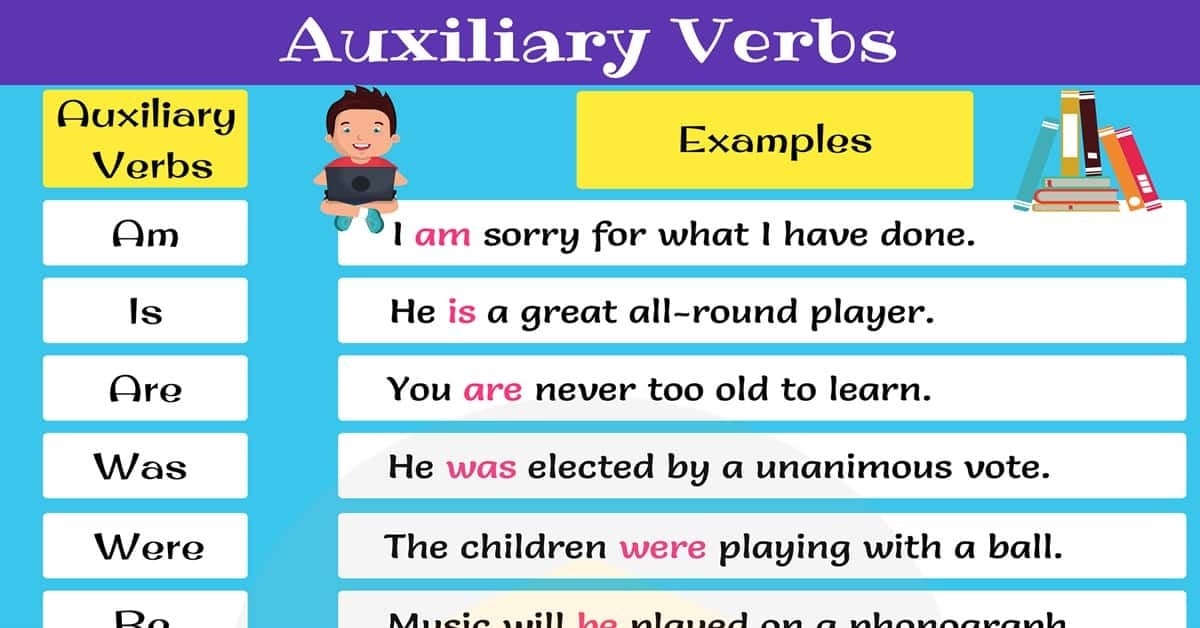 What are auxiliary verbs? The auxiliary verb is a verb which is used as a way of forming the mood, tense and voice of other verbs within a sentence. This is something which is commonly seen in the English language and is essential for anyone looking to create sentences which sound grammatically correct.

In this section, we are going to look at the auxiliary verb in a lot more detail and give you the opportunity to start forming sentences with them that will make you sound much more like a native speaker of the language.

What is an Auxiliary Verb?

Certain auxiliaries have contracted forms, such as ‘d and ‘ll for had/ would and will/ shall.

Forms of the verb do (do, does, did), when used with other verbs to enable the formation of questions, negation, emphasis, etc.

Forms of the verb have, when used to express perfect aspect.

When used to express passive voice. Note that have is an irregular verb.

Example: The house has/had been built.

We use this verb for compound tenses and the passive voice. Note that “be” is an irregular verb.

When used to express progressive aspect.

When used to express passive voice.

Forms of the verb will, when used form the future tenses. 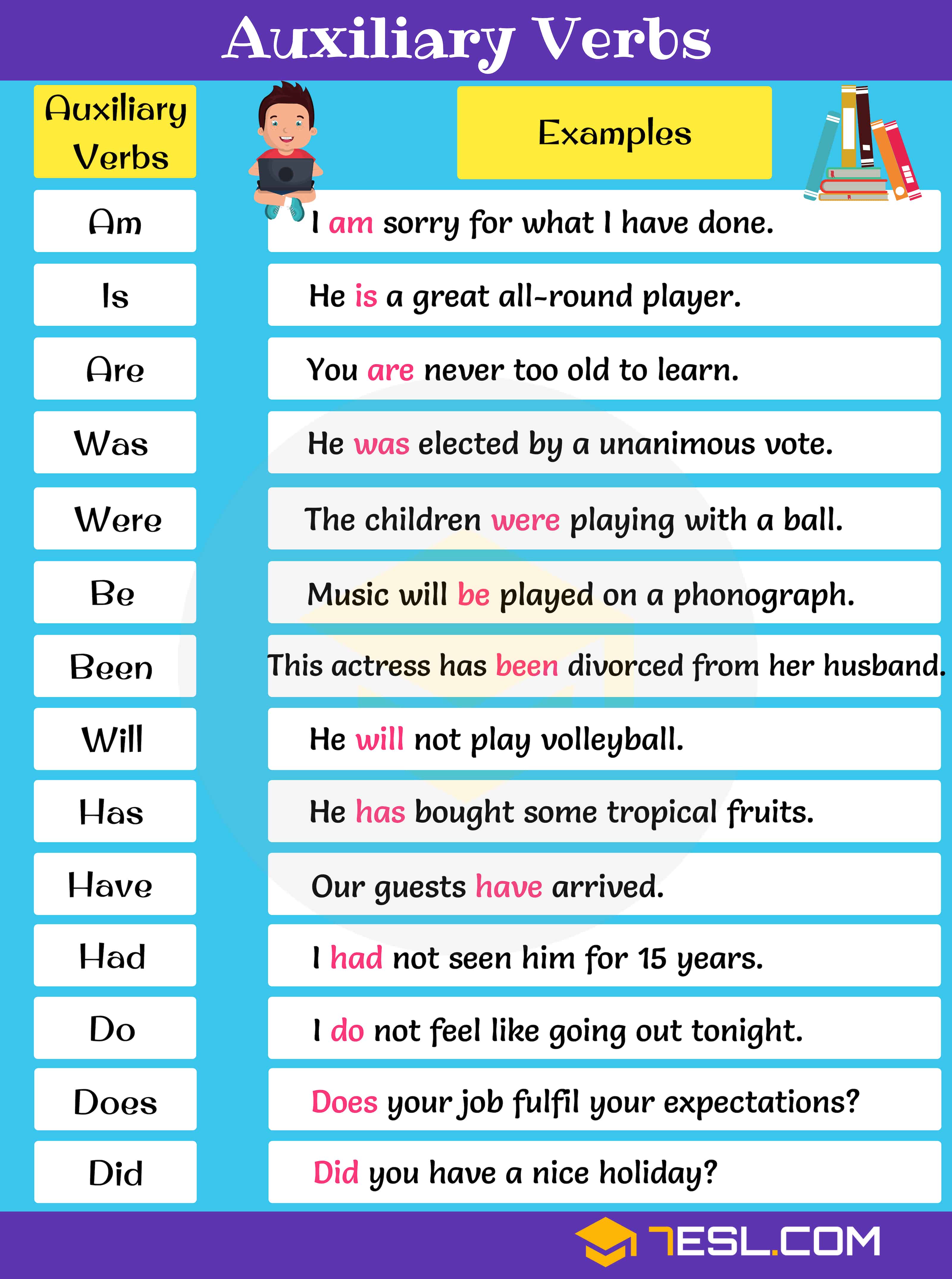 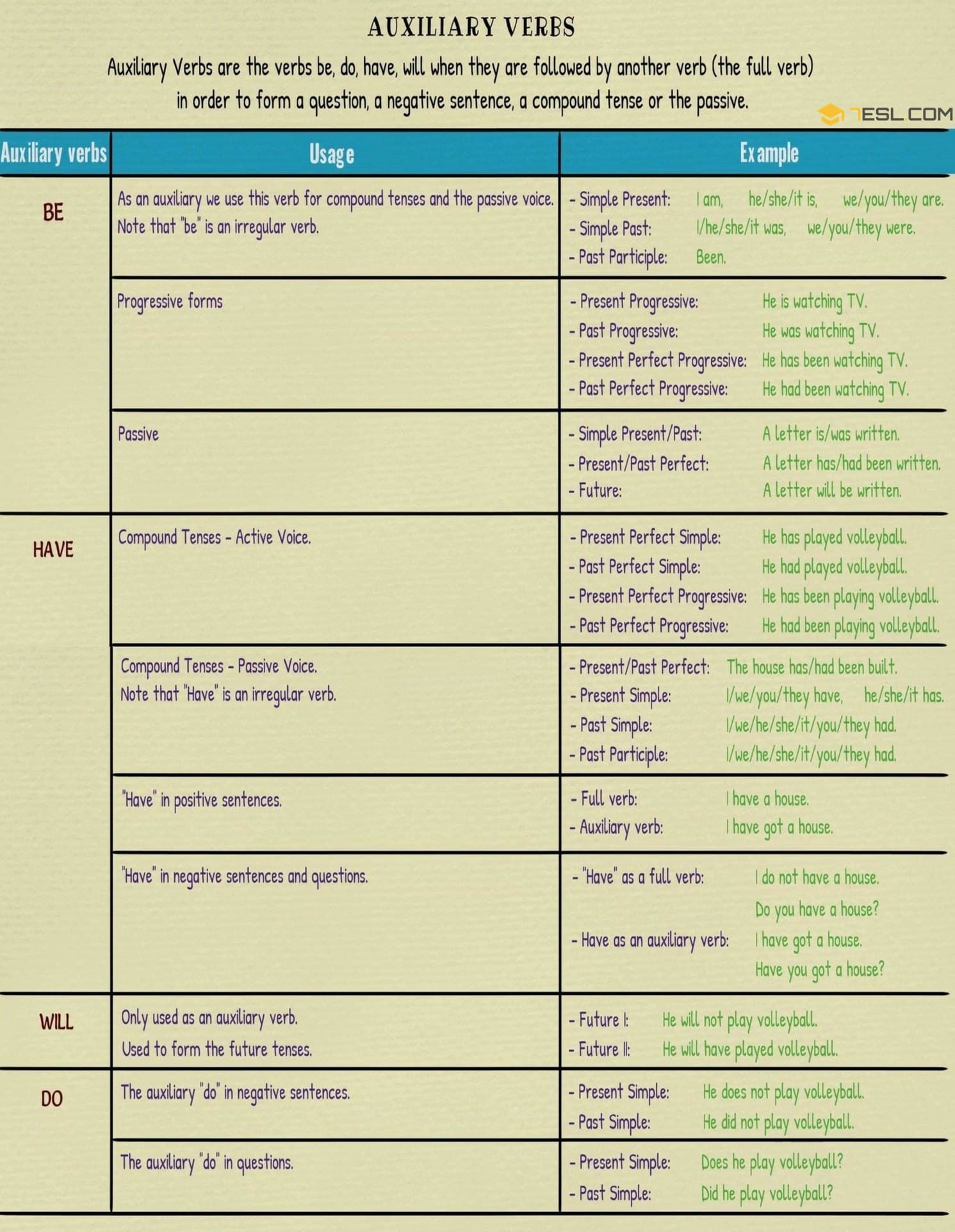 Pl send me the axillary verb exercises for class 6

Please send me the exercises of axillary verbs