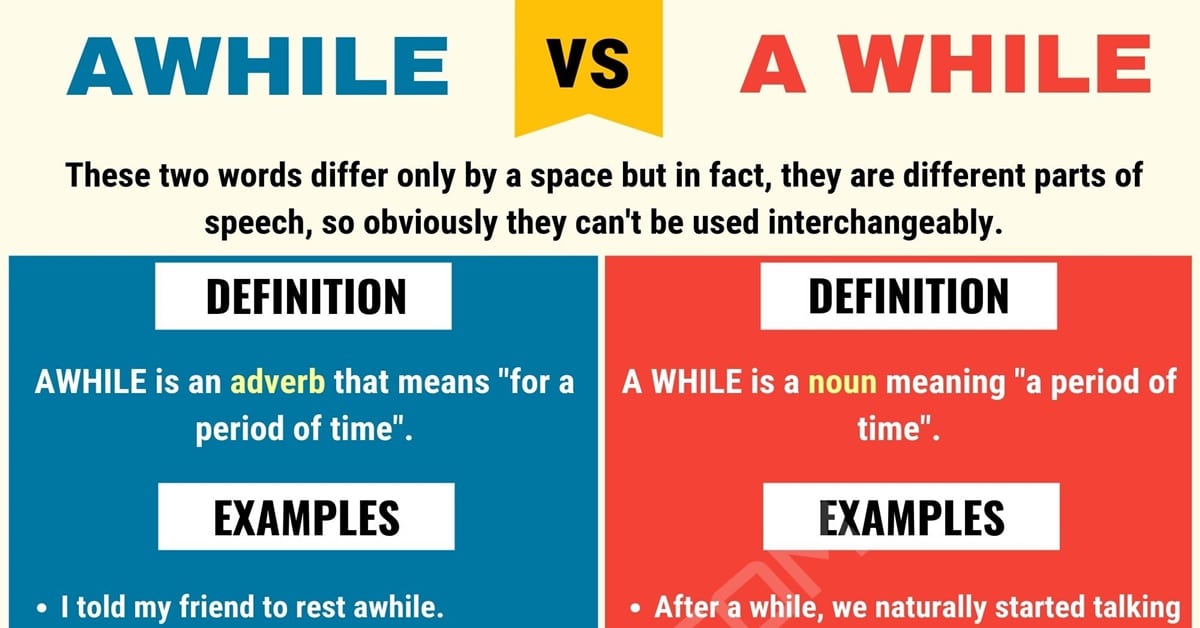 Learn the difference between awhile vs. a while. Is there any way that the English language can get even more difficult than it already is, you might ask? Unfortunately, the answer is yes; English will never stop surprising you and you’ll carry on discovering new pairs of confusing words. Here, let’s look at awhile vs. a while. These two words differ only by a space but in fact, they are different parts of speech, so obviously they can’t be used interchangeably.

Awhile vs. A While

When to Use Awhile or A While

When you want to say that some time has passed, use a while. For example, you’ve certainly heard the phrase, “It’s been A WHILE since we last spoke”. Or, if you ask someone about how long it takes to get to the city center, they might reply, “It takes A WHILE to get there”. In both of these cases, a while can be replaced with any other noun that specifies a time period, e.g. “It’s been a year since we last spoke”, “It takes an hour to get there”.

In addition, you can always check yourself by replacing the word in question with the phrase “for a while”. If you can do this, then you need an adverb awhile. If you can’t, a while is what you’re looking for.

Take a look at these two sentences:

In the first sentence, awhile is written as one word because it’s an adverb that can be replaced with “for a while” or with a different adverb. On the other hand, in the second sentence, we’re talking about a time period, e.g. an hour or five minutes. However, we don’t want to specify how much time exactly has passed. For these reasons, a while should be used as a noun and spelled as two words.

Awhile vs. A While Examples

Difference between A While vs. Awhile | Picture 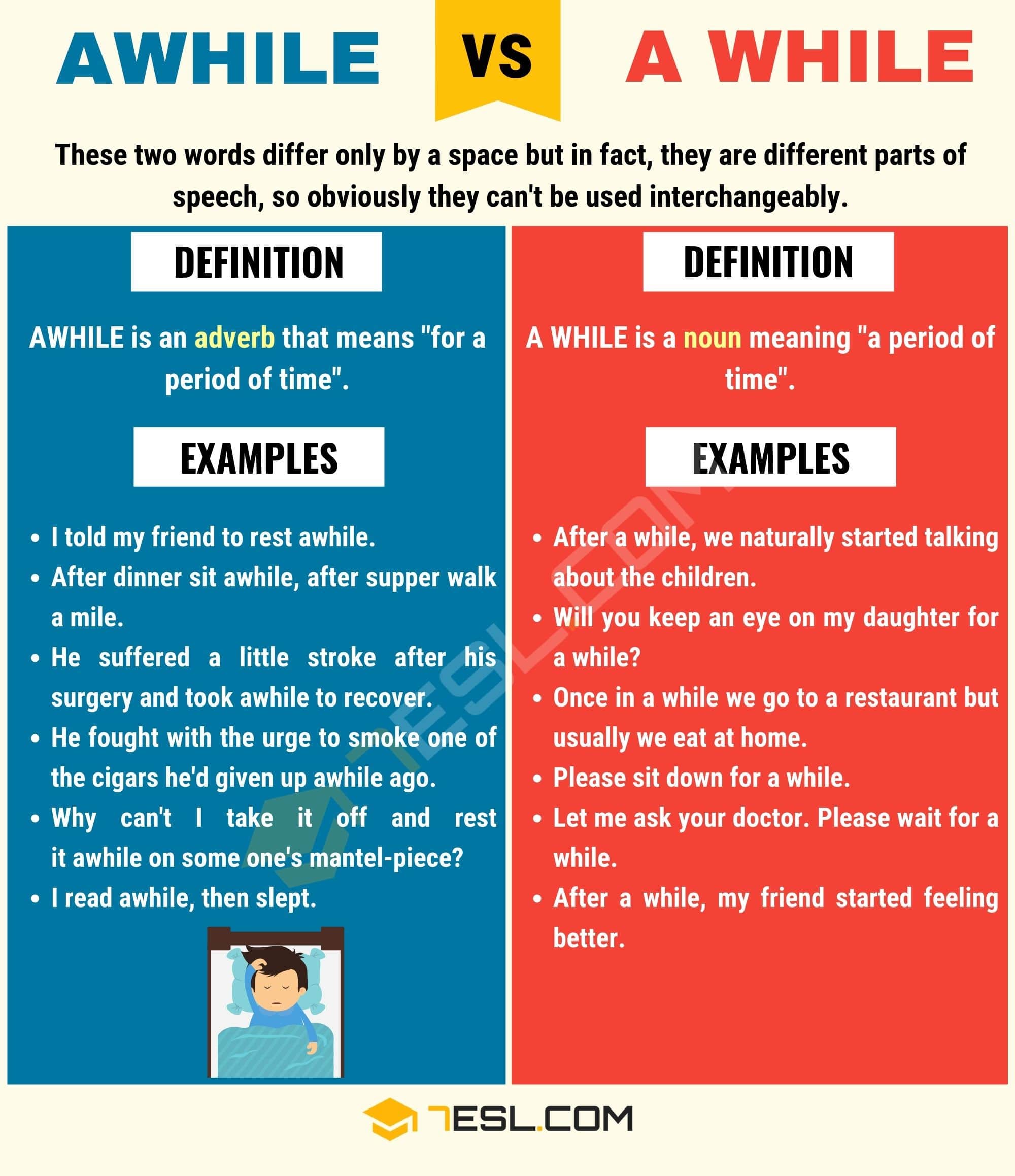