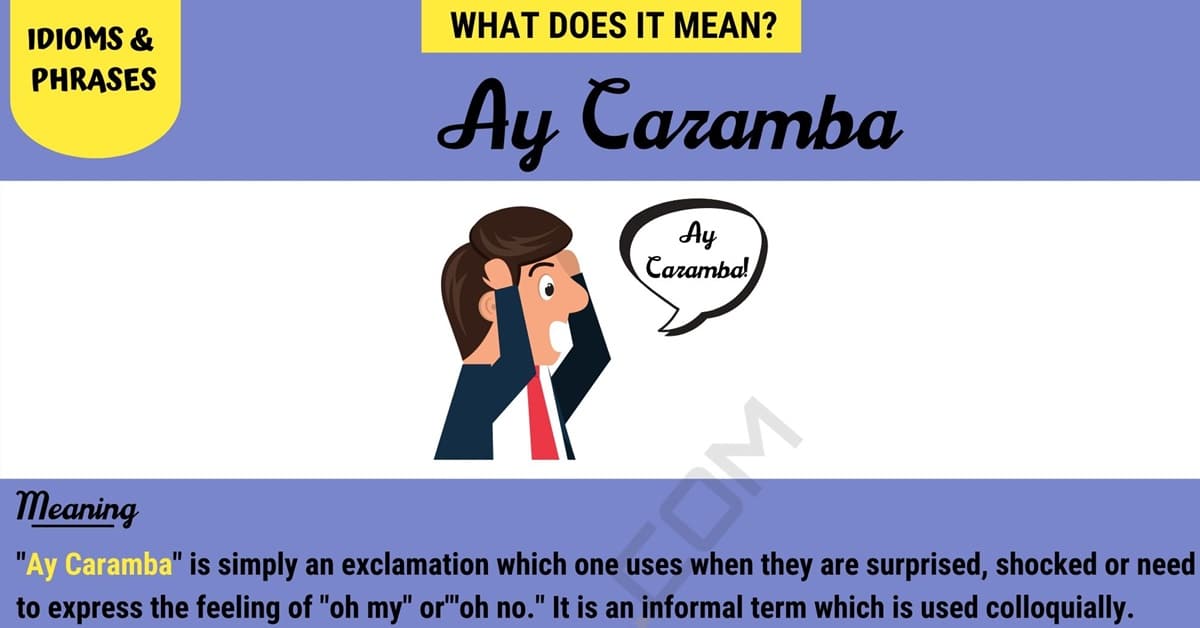 Learn the “Ay Caramba” meaning with examples! This term of speech is a commonly used one, and it can be heard frequently in informal conversation. Where did this phrase originate from and what is the meaning of the saying? Here we are going to take a look at where this phrase came from and what it is used for.

“Ay Caramba” is simply an exclamation which one uses when they are surprised, shocked or need to express the feeling of “oh my” or”‘oh no.” It is an informal term which is used colloquially.

You may be wondering where this saying first came from, “ay caramba” was first associated with a flamenco dancer from Madrid in the 1700s, she wore brightly coloured head dressed which later became known as a “caramba.” The term is of a Spanish origin. However, in more recent times the saying is most commonly associated with the fictional TV character, Bart Simpson who uses it as one his most famous catchphrases.

You might use the term ay caramba when you are surprised at something.

You might also used it to express your disdain at a situation.

If you regularly listen to informal conversations, you will likely hear the term ay caramba used quite often. It can be used in a conversation in some of the following ways.

There are a lot of ways to show your surprise at a situation, and while “ay caramba” is a popular one, you might also hear this meaning being expressed in one of the following ways. 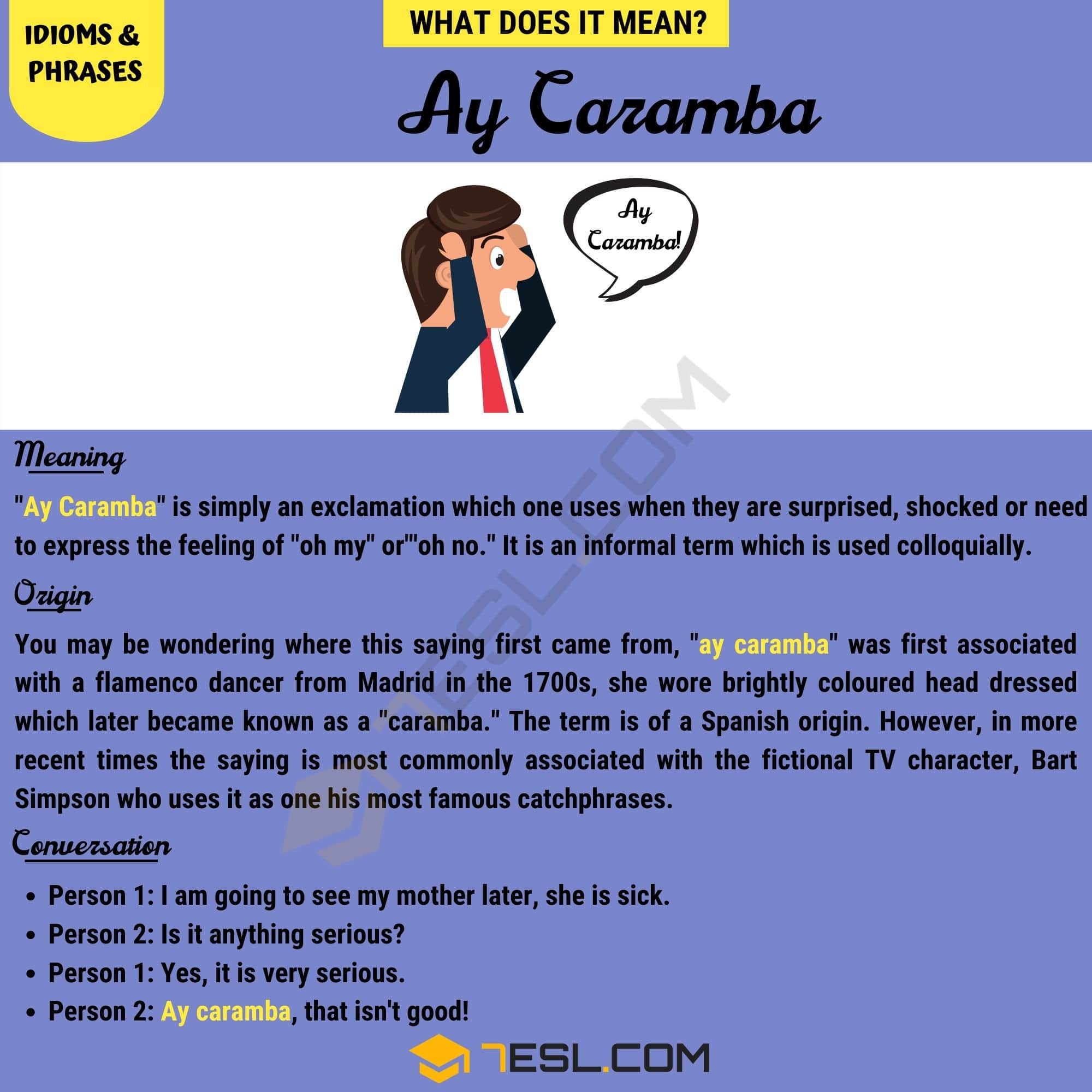