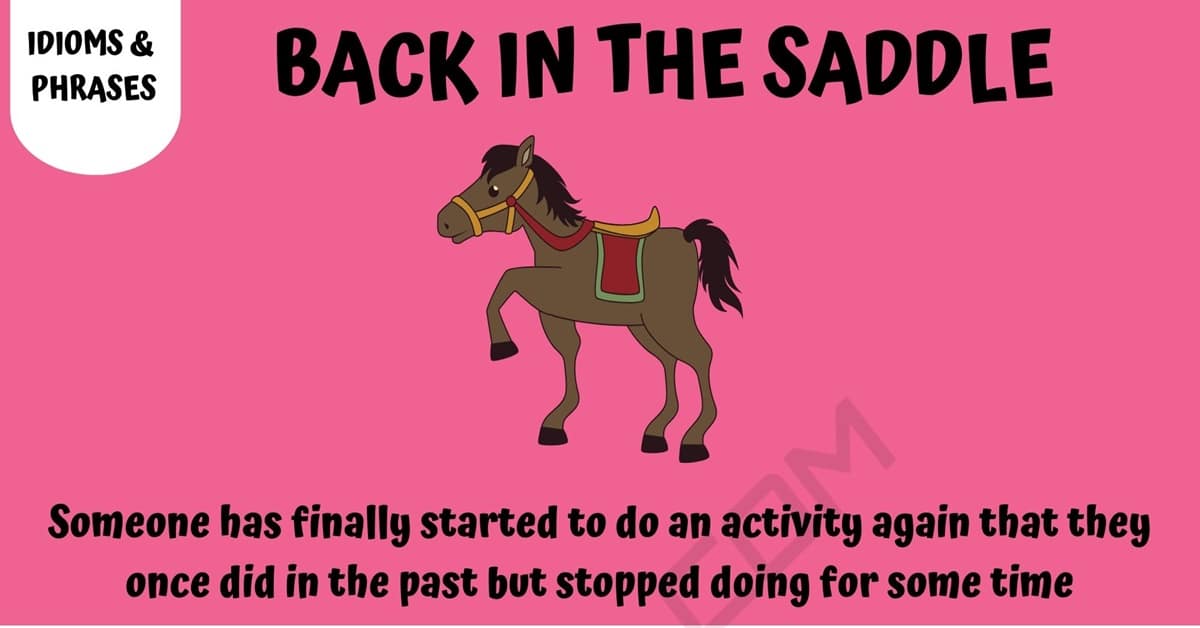 The idiomatic phrase “back in the saddle” is a phrase that you may encounter often in everyday informal conversation and writing. Here you will find the meaning of this phrase and the information regarding its origin. You will also find examples of how to properly use this phrase in conversations/statements and discover alternative ways you can say this phrase while still conveying the same meaning.

Back In The Saddle

Back In The Saddle Meaning

The idiomatic phrase “back in the saddle” means that someone has finally started to do an activity again that they once did in the past but stopped doing for some time.

Many people tend to believe that the origin of the idiomatic phrase “back in the saddle” came from the song by Gene Autry who recorded it for a movie in 1941. However, the phrase as used long before that.

The phrase was used for jockeys and cowboys who had been hurt while riding a horse and returned to ride horses once again once they were fully recovered. They were said to be “back in the saddle” because a saddle is what they use to sit upon the horse’s back and ride comfortably. In the late 1800s, the phrase began to be used more widely to describe any activity that someone took a break from and then returned to do after some time. Although Autry popularized the phrase in 1941, it was originally Ray Whitley’s song and he recorded it in 1938.

“Back In The Saddle” Examples

A statement made by a celebrity in a well-known entertainment magazine during an interview.

A statement made after an ailing politician fell ill.

Other Ways to Say “Back In The Saddle”

Like all idiomatic terms, there are several alternative ways to say “back in the saddle” and still convey the same meaning. Some other ways to say this phrase include:

What does “Back In The Saddle” Mean? | Picture 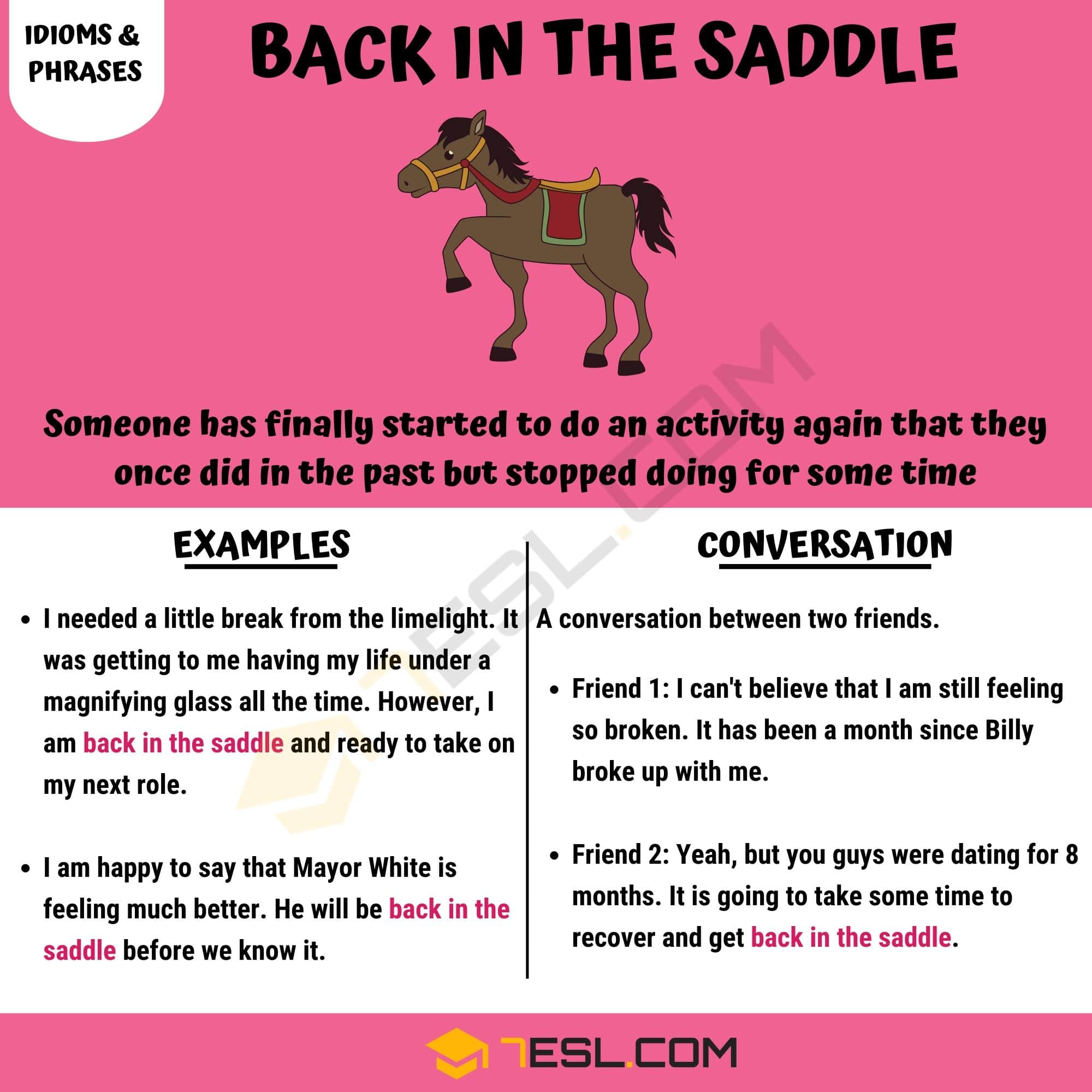