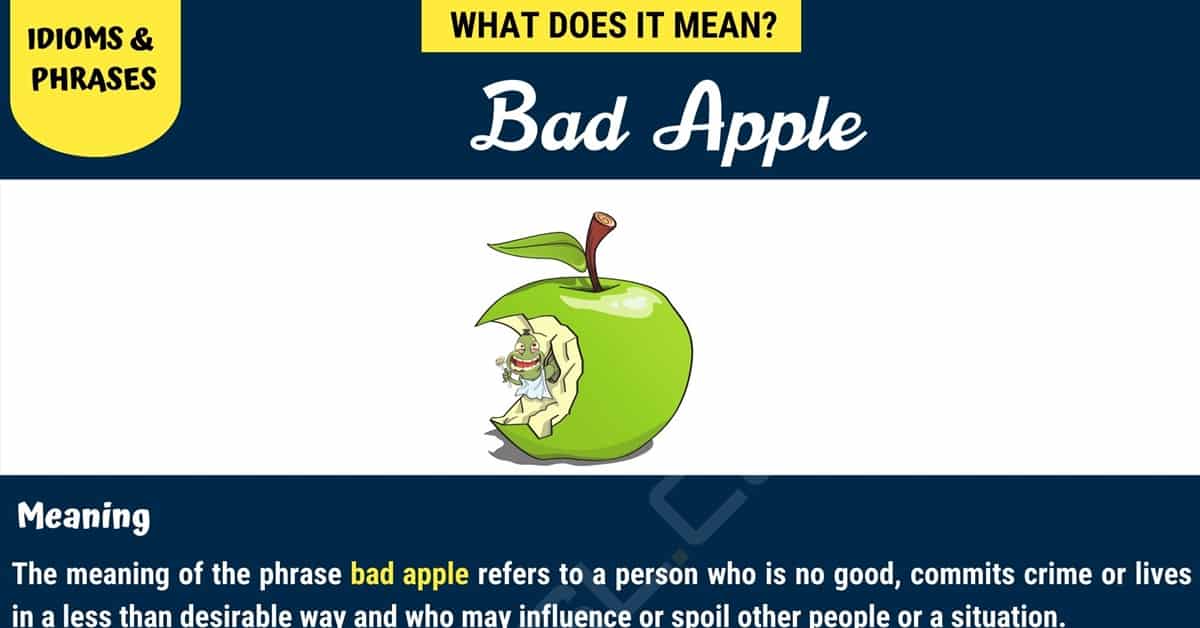 Have you heard the phrase bad apple being used in a conversation and pondered over the meaning of this term? We are going to take a look at what this phrase means as well as taking a look at where the phrase came from in the first place. To further understand how the term works, we will also be looking at some examples of the phrase being used.

The meaning of the phrase bad apple refers to a person who is no good, commits crime or lives in a less than desirable way and who may influence or spoil other people or a situation.

The idiomatic term “bad apple” can find its origins from the phrase ‘one bad apple might spoil the entire cart’ which referred to a literal apple which had gone bad and contaminated the rest in the cart.

We are now going to see some examples of how the term bad apple can work in a sentence.

The first statement is being made by a teacher.

The next sentence is one being said by a mother.

You may hear the term bad apple being used in different conversations, but in order to further understand how the term works, it is important to look at some examples.

The first conversation is taking place between some people in the workplace.

Here are some examples of other things you might say in place of the term bad apple but which carry the same meaning. 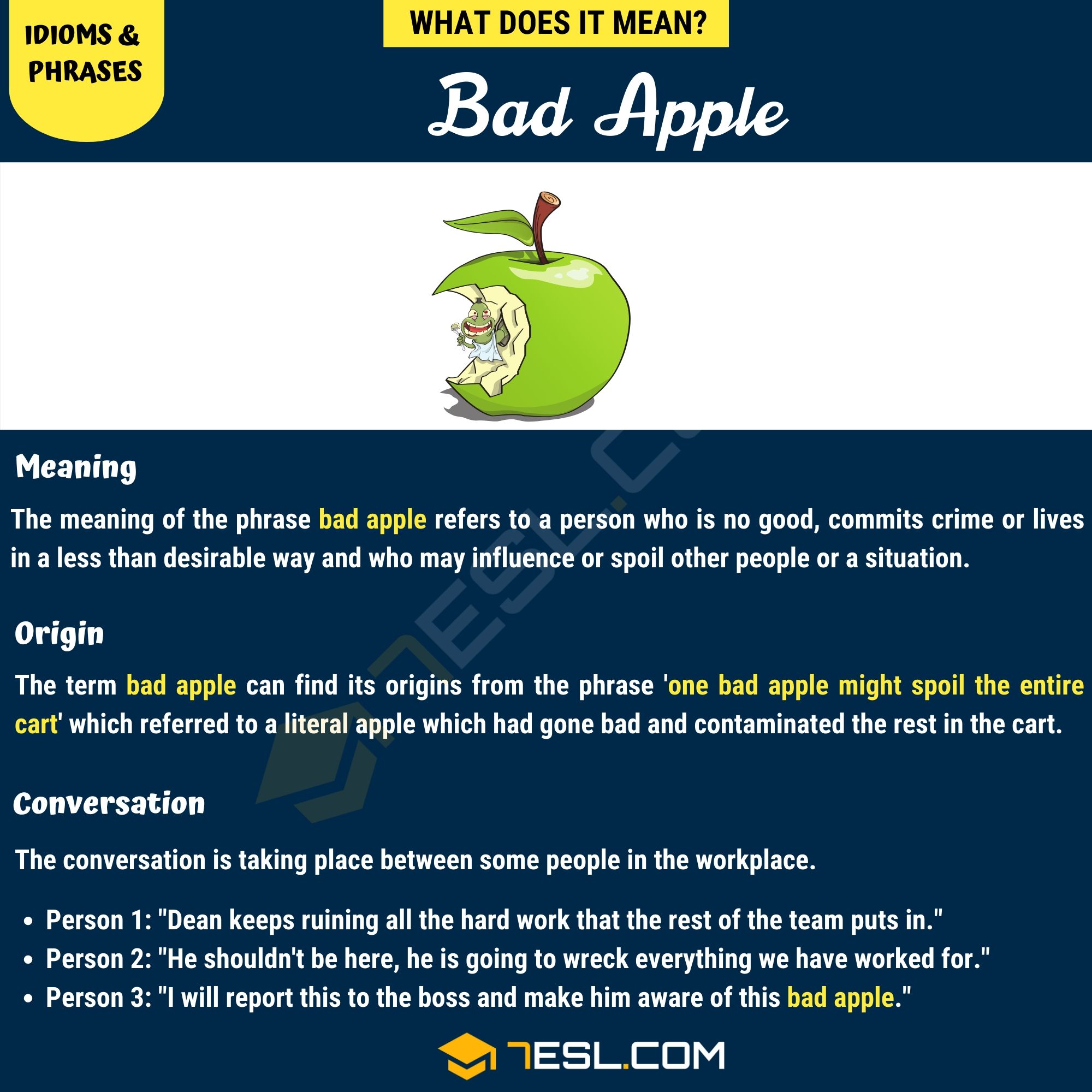