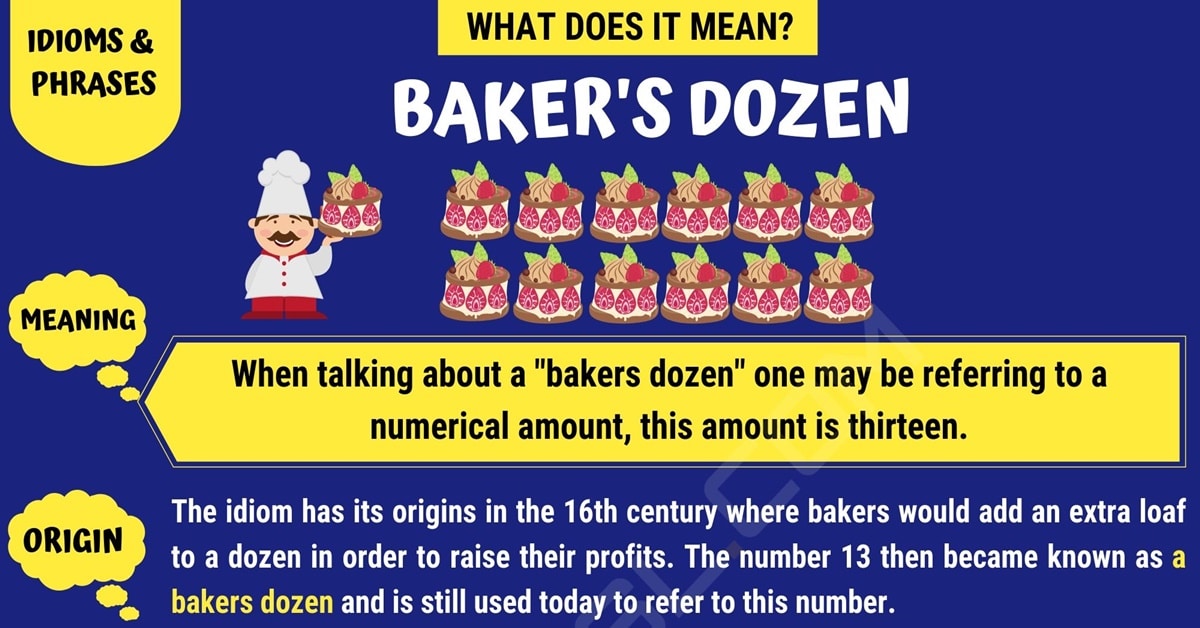 There is little doubt that you will have heard the idiomatic term “bakers dozen” being used in English conversation. But where did this saying come from in the first instance and what exactly does it mean?

When talking about a “bakers dozen” one may be referring to a numerical amount, this amount is thirteen.

The idiom has its origins in the 16th century where bakers would add an extra loaf to a dozen in order to raise their profits. The number 13 then became known as a bakers dozen and is still used today to refer to this number.

You would use the term “bakers dozen” to simply refer to anything with the quantity of 13. For example you might have thirteen blouses in your closet and when someone asks you how many you have, you might reply with the answer “a bakers dozen.”

You would be likely to hear the phrase a bakers dozen in a variety of conversations, some of these might sound a little like the following conversations.

With this term simply referring to a number, there are no other idiomatic ways in which to say it, instead of using the term a bakers dozen, you might simply use the number thirteen itself.

What Does “Bakers Dozen” Mean? | Image 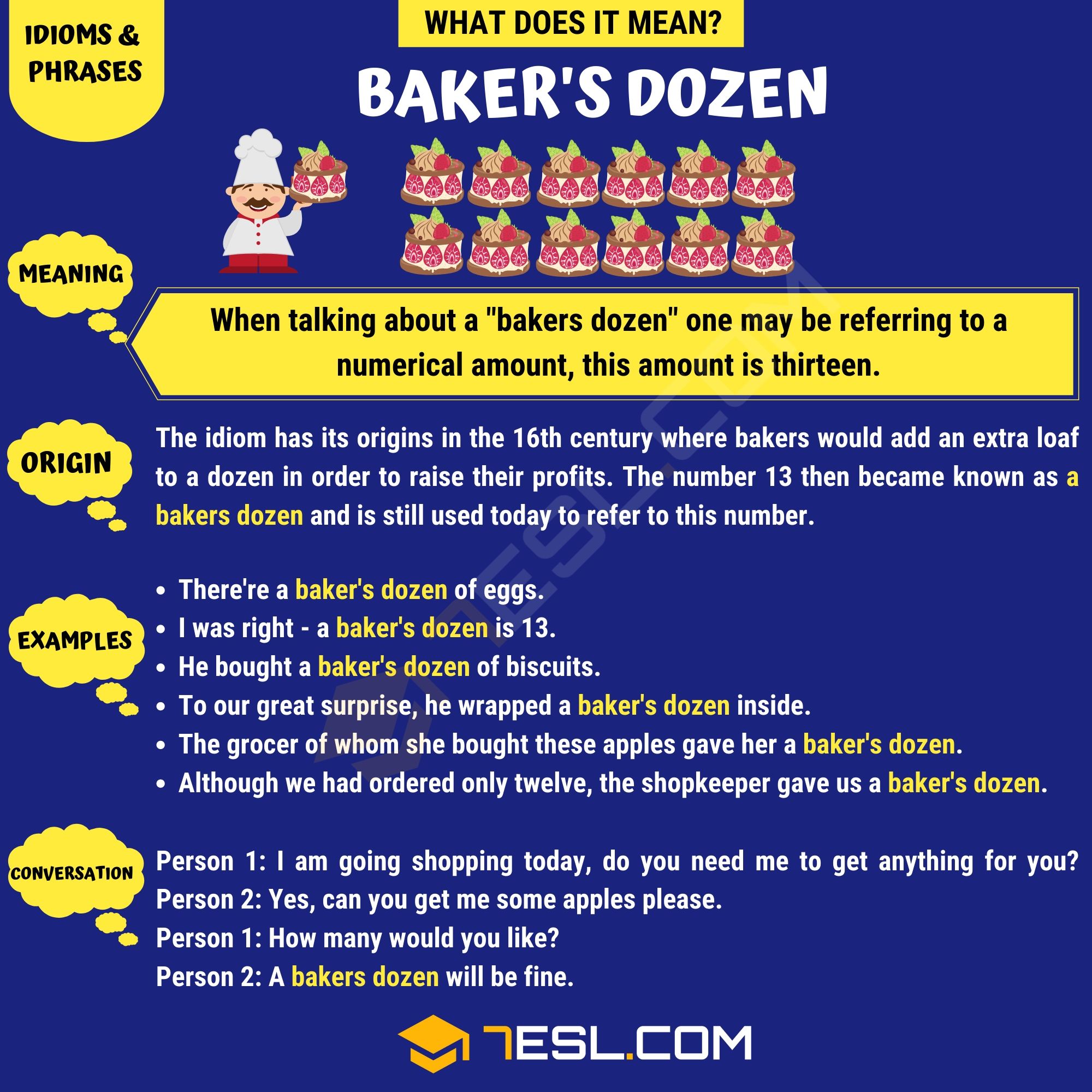