What does “Ball And Chain” mean? This is a commonly used term in the English language and will be heard very often in informal conversation and within written text. What is the meaning behind this phrase and why do we use it?

The phrase “ball and chain” refers to something that is holding a person back in their life. The idea that something is tethering them to the spot and stopping them from fully living their life the way that they please.

This saying comes from the literal ball and chain which used to be used to chain up prisoners. A heavy metal ball would be chained to the prisoners ankle, stopping them from being able to move very easily, if at all. The phrase can be dated back as far as the early 1800s when it was recorded for the idiomatic use we see today.

The term “ball and chain” is most commonly used within a marital relationship, and usually towards the wife. A man might refer to his significant other as his “ball and chain” joking that being married is not that dissimilar to serving a prison sentence and being unable to live freely.

You will likely hear this term being used in conversation in an informal, joking manner. You might hear a conversation such as this one;

There are other words which can be used to express a similar meaning to the phrase ball and chain. Some of these could be as follow.

Definition of “Ball And Chain” | Picture 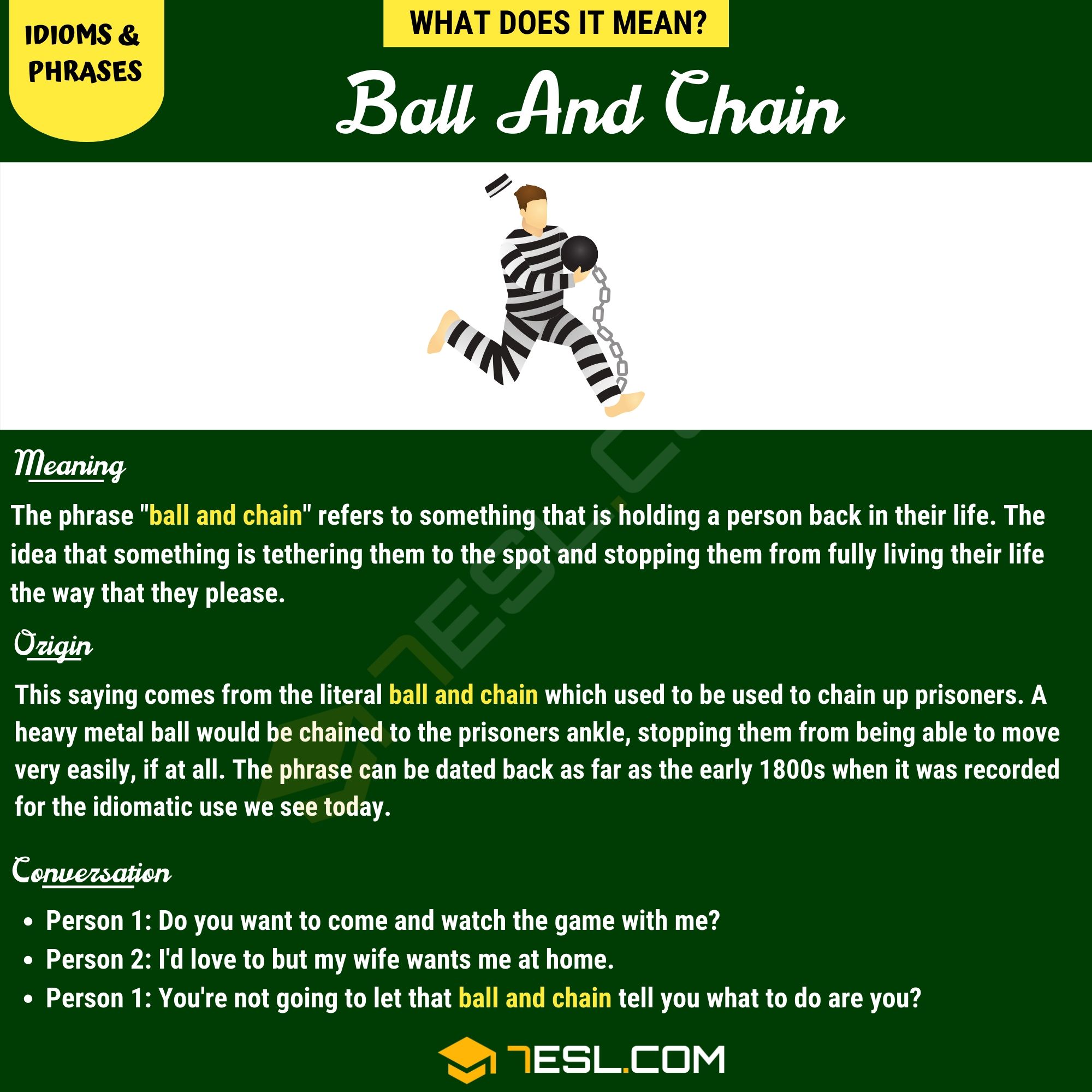