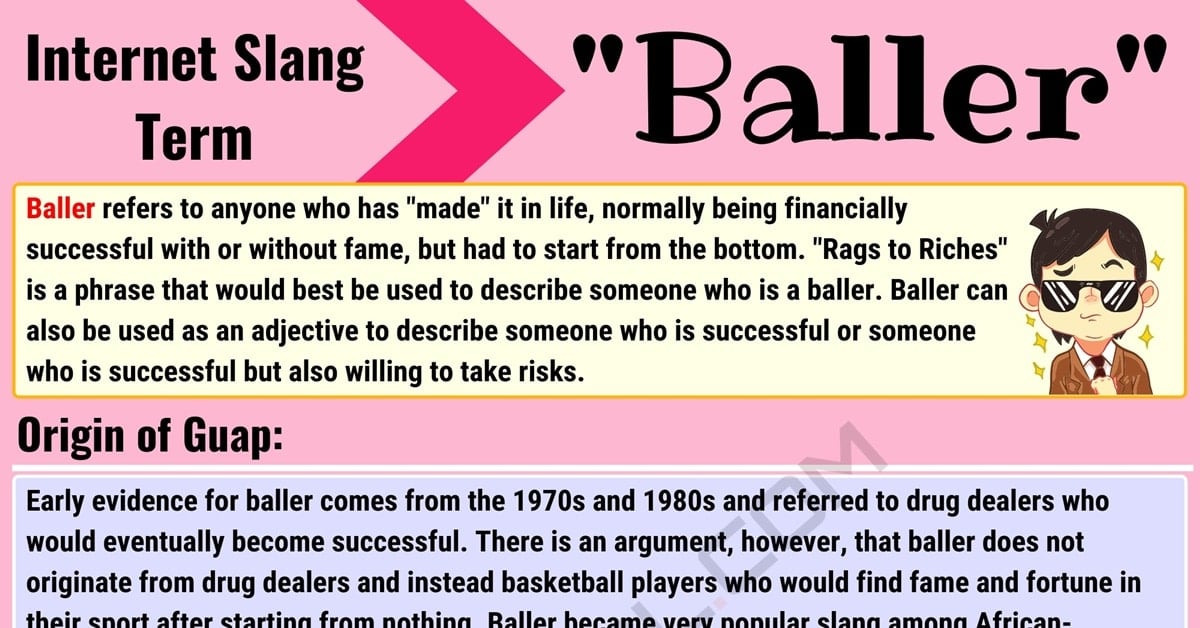 What does Baller mean? This article provides the definition and usage of this internet slang term with ESL infographic and interesting conversation examples in English. Originally an Ethnic slang word that received plenty of usage online during the 1990s and until today.

What Does Baller Mean?

Early evidence for baller comes from the 1970s and 1980s and referred to drug dealers who would eventually become successful. There is an argument, however, that baller does not originate from drug dealers and instead basketball players who would find fame and fortune in their sport after starting from nothing. Baller became very popular slang among African-Americans during the late 1980s and into the 1990s, especially with the rise of rap music which would frequently feature rap artist describing themselves as “ballers”. Unlike a lot of ethnic slang, baller soon took off among White, Hispanic, and Asians.

Typically baller is used as slang for someone who plays basketball, normally professional basketball. There is no other recorded usage.

Baller can be spelled with both a lowercase or capital B. No other variants exist for this word. 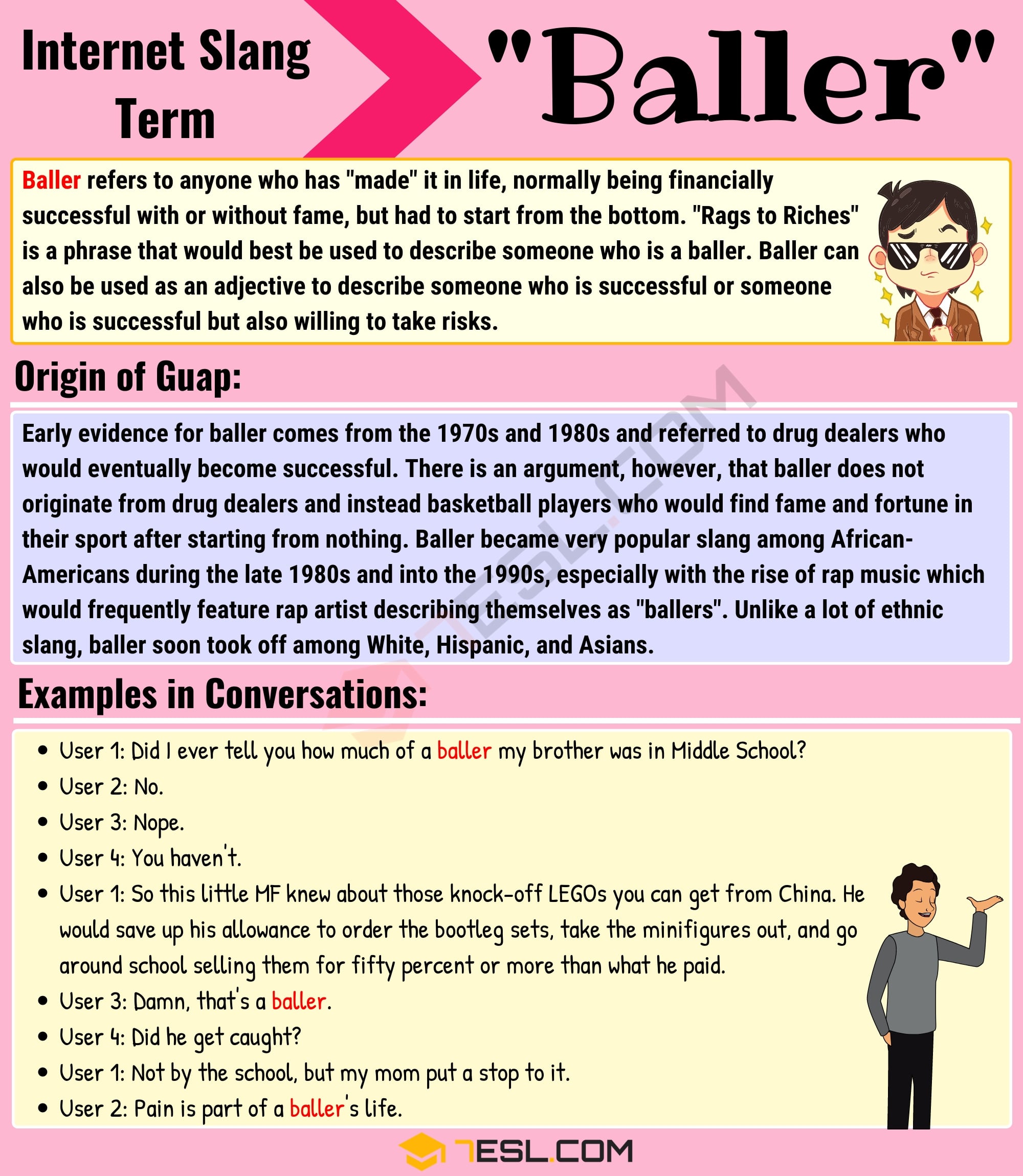