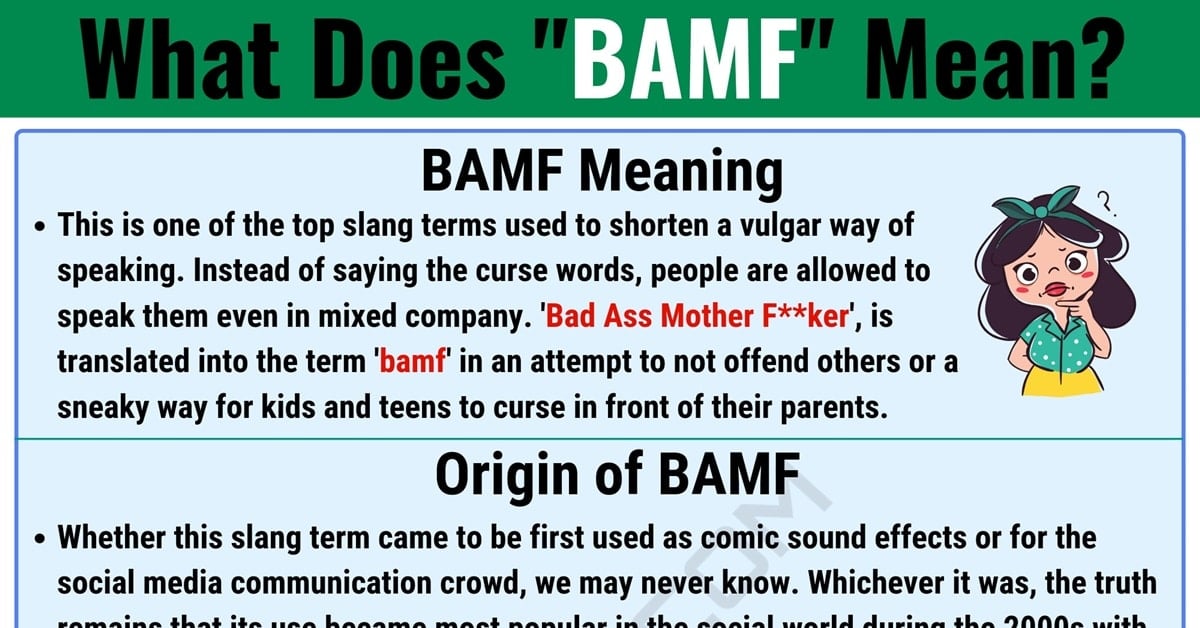 What does BAMF mean? Are you searching for the meaning of this texting acronym? Learn the definition and how to use the slang word “BAMF” with ESL picture and conversation examples.

What Does BAMF Mean?

This is one of the top slang terms used to shorten a vulgar way of speaking. Instead of saying the curse words, people are allowed to speak them even in mixed company. ‘Bad Ass Mother F**ker’, is translated into the term ‘bamf’ in an attempt to not offend others or a sneaky way for kids and teens to curse in front of their parents.

You will find it used when a person is acting so unbelievable that words just don’t describe them correctly. That unreal individual could either be a great fighter, someone who is unbelievably cool, or even someone doing something stupid.

The term is often used to talk about an independent and strong girl within the world of fan fiction. A fun fact is that ‘bamf’ has also been used in comics to describe the sound a superhero known as Nightcrawler makes when he teleports.

Whether this slang term came to be first used as comic sound effects or for the social media communication crowd, we may never know. Whichever it was, the truth remains that its use became most popular in the social world during the 2000s with all its fellow words in the shortened language we all use every day today.

All the ways you can use this internet slang term.

Here you have a couple of kids talking about another who was doing amazing stunts on his dirt bike after school had ended.

A group of people talking on an online forum about fighters and how one was so much stronger last season but it looks like the new guy will be the new ‘bamf‘ in the fighting scene.

A couple of friends talking about a bar and how one is a really tough guy who never seems to get hungover no matter how much he drinks, making him one ‘bamf’. 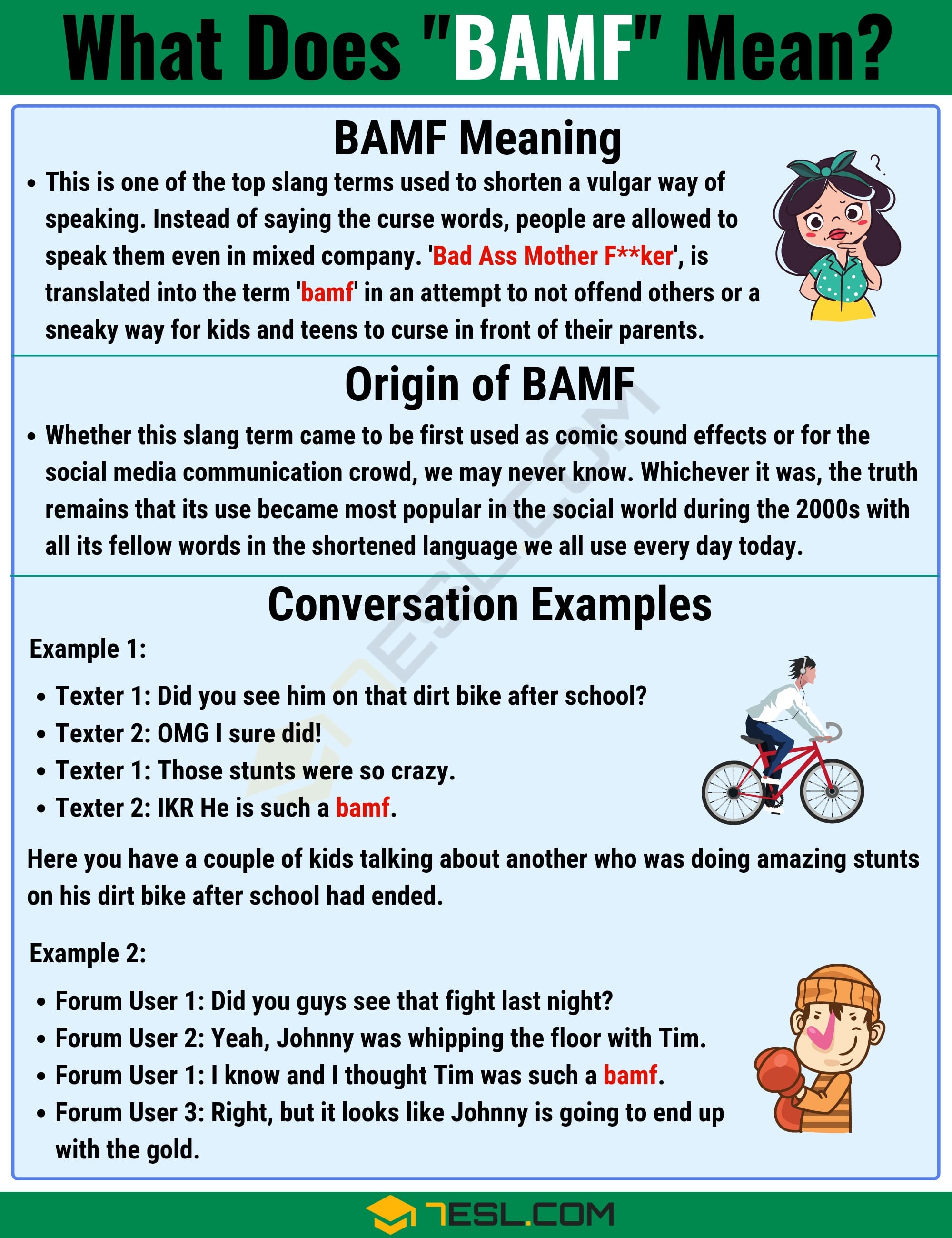 Being that this word was first introduced back in 1975 in giant sized Xmen comic number 1, ( FAR BEFORE SOCIAL MEDIA EVER EXISTED ) it’s safe to say where its orgin came from. Slang is just that slang, that’s like saying the word “posh” means piece of sh*t hoe, you can literally do that to any word, and social media does just that, so saying we may never know where it came from is ridiculous.

Who tf writes this 😂 I need an introduction, let’s email