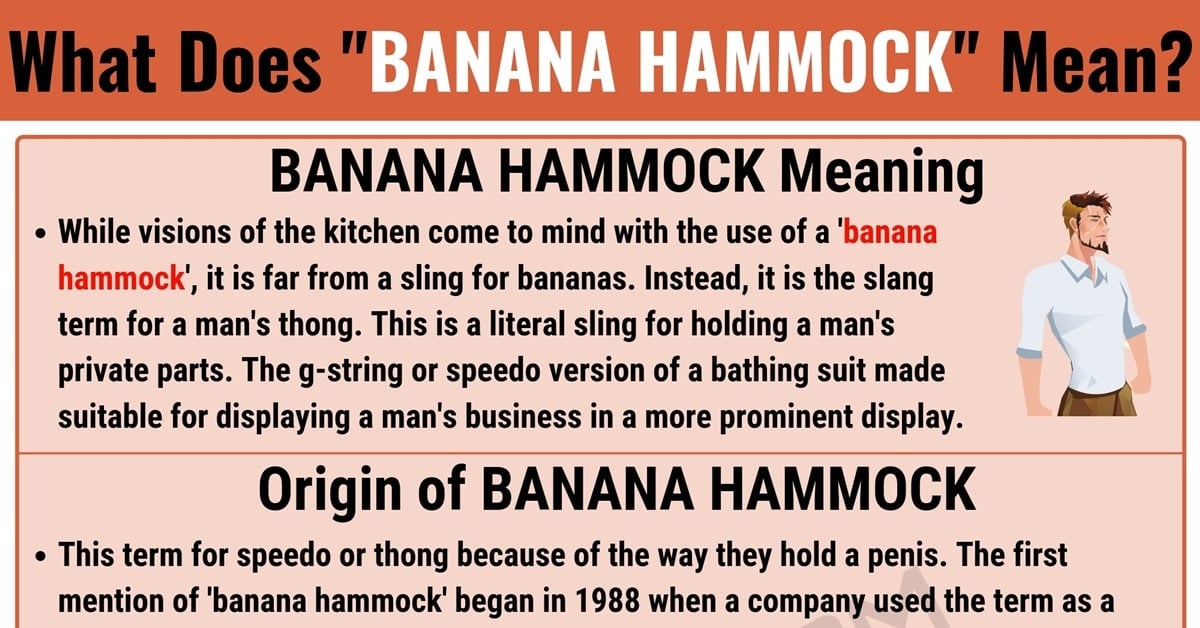 What does Banana Hammock mean? Learn the definition, usage and useful similar terms for this online slang term in English with interesting conversation examples and ESL infographic.

What Does Banana Hammock Mean?

While visions of the kitchen come to mind with the use of a ‘banana hammock’, it is far from a sling for bananas. Instead, it is the slang term for a man’s thong. This is a literal sling for holding a man’s private parts. The g-string or speedo version of a bathing suit made suitable for displaying a man’s business in a more prominent display.

This term for speedo or thong because of the way they hold a penis. The first mention of ‘banana hammock’ began in 1988 when a company used the term as a brand for its products. Then an article by Newsweek in 1990 referenced the slang term as a way to describe a man’s speedo. This term was considered lifeguard language and soon became the butt of many comedians jokes.

How you will find the phrase ‘banana hammock’ used.

A group of friends trying to enjoy their day on the beach can’t help but be a little weirded out from an old man wearing a speedo.

Here you have two young girls talking about a guy who jogged past their houses while they were waiting on the bus for school. They talk about how hot and attractive he was, not to mention how he was wearing extremely tight shorts.

A boy’s football team in the locker room after a long practice, when getting changed will tend to pick on each other for what they wear. Especially if one of them is wearing very tight underwear. 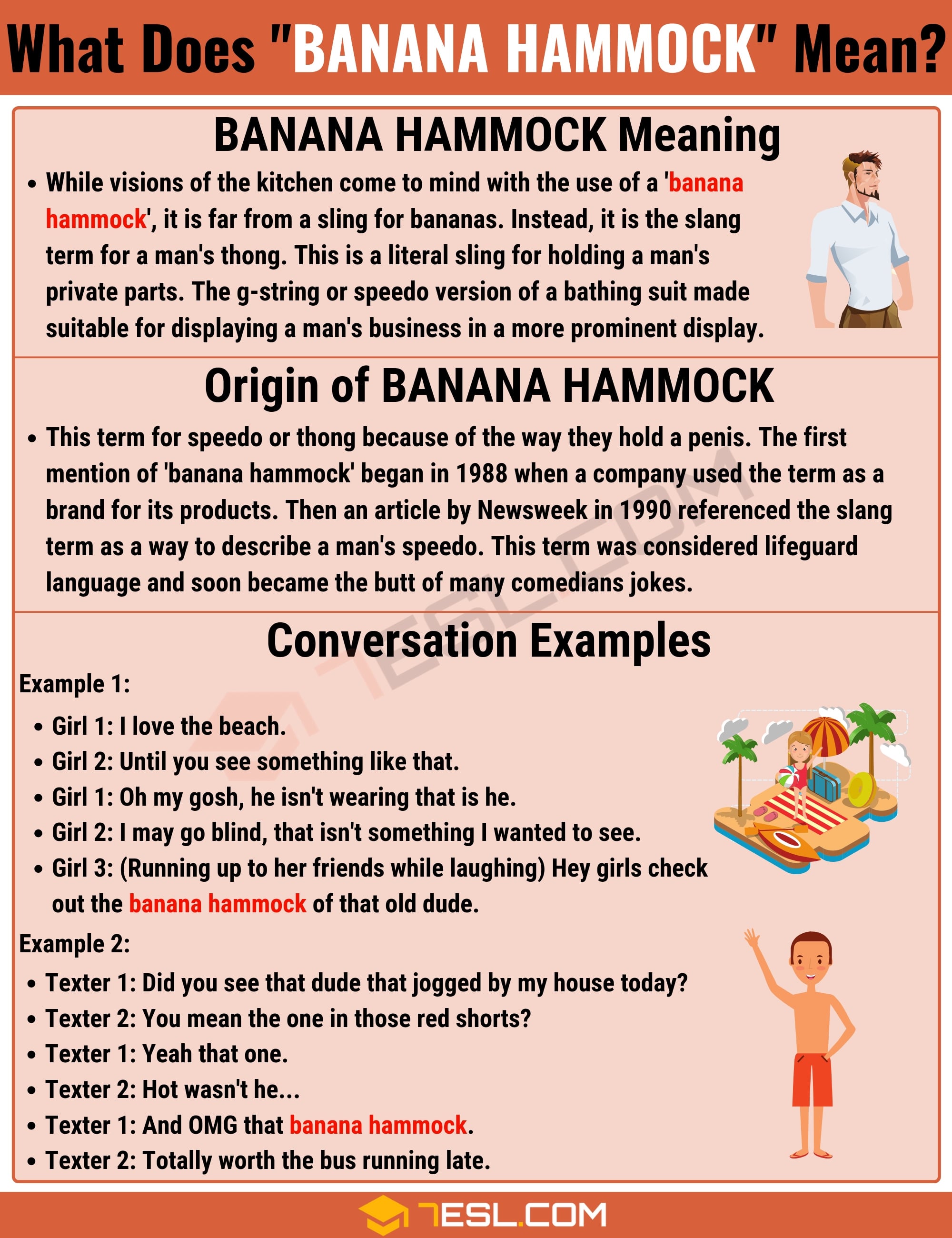