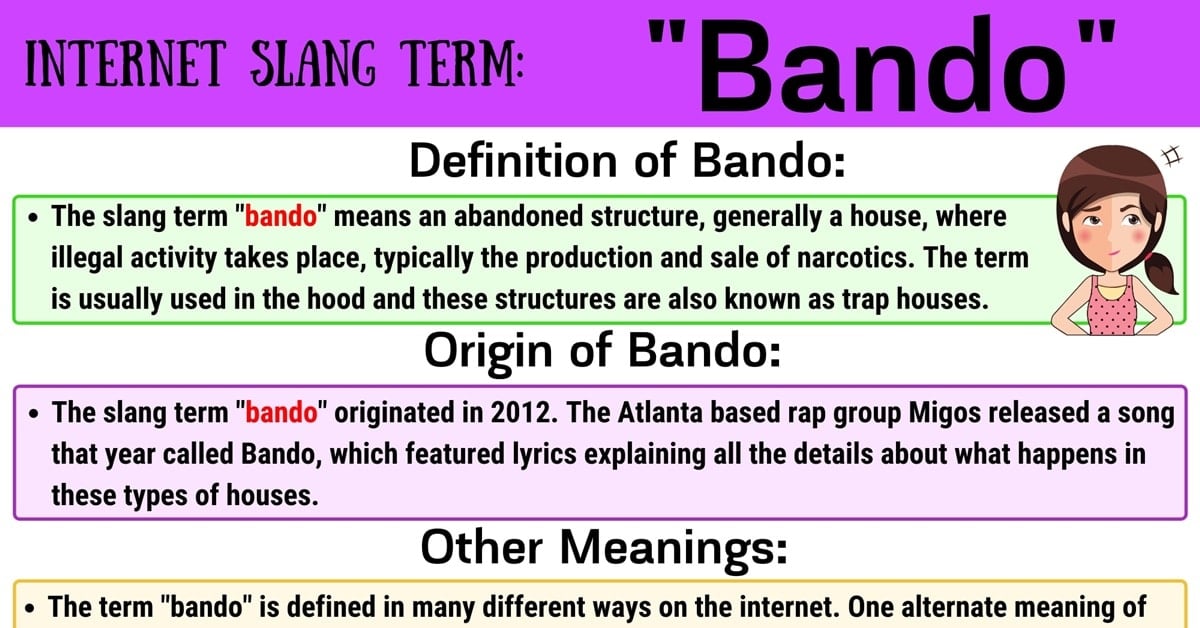 If you have come across the slang term “bando” in any way, odds are your curiosity bought you here wondering what it means. You are in luck because on this page you will find the meaning of this term and information regarding its origin.

You will also find optional meanings of the term and some example conversations showcasing the term “bando” used in the proper context to help you further understand its meaning. Finally, you will see some alternative words or phrases that you can use as substitutions for the slang term “bando.”

What Does Bando Mean?

The slang term “bando” means an abandoned structure, generally a house, where illegal activity takes place, typically the production and sale of narcotics. The term is usually used in the hood and these structures are also known as trap houses.

The slang term “bando” originated in 2012. The Atlanta based rap group Migos released a song that year called Bando, which featured lyrics explaining all the details about what happens in these types of houses.

The term “bando” is defined in many different ways on the internet. One alternate meaning of the word says that is the combination of the words “band” and “dork” meaning someone who is in the high school or college marching band. Another meaning of the term “bando” is a type of martial arts from Burma Some other meanings include a form of yoga (Bando yoga), a type of sport previously played in the U.K., a slang term for a .45 caliber rifle, a national park in South Korea, and a musical group from Brazil.

There are several words or phrases that you can use in place of the term “bando” to convey the same meaning. Some of the other things you could use include: 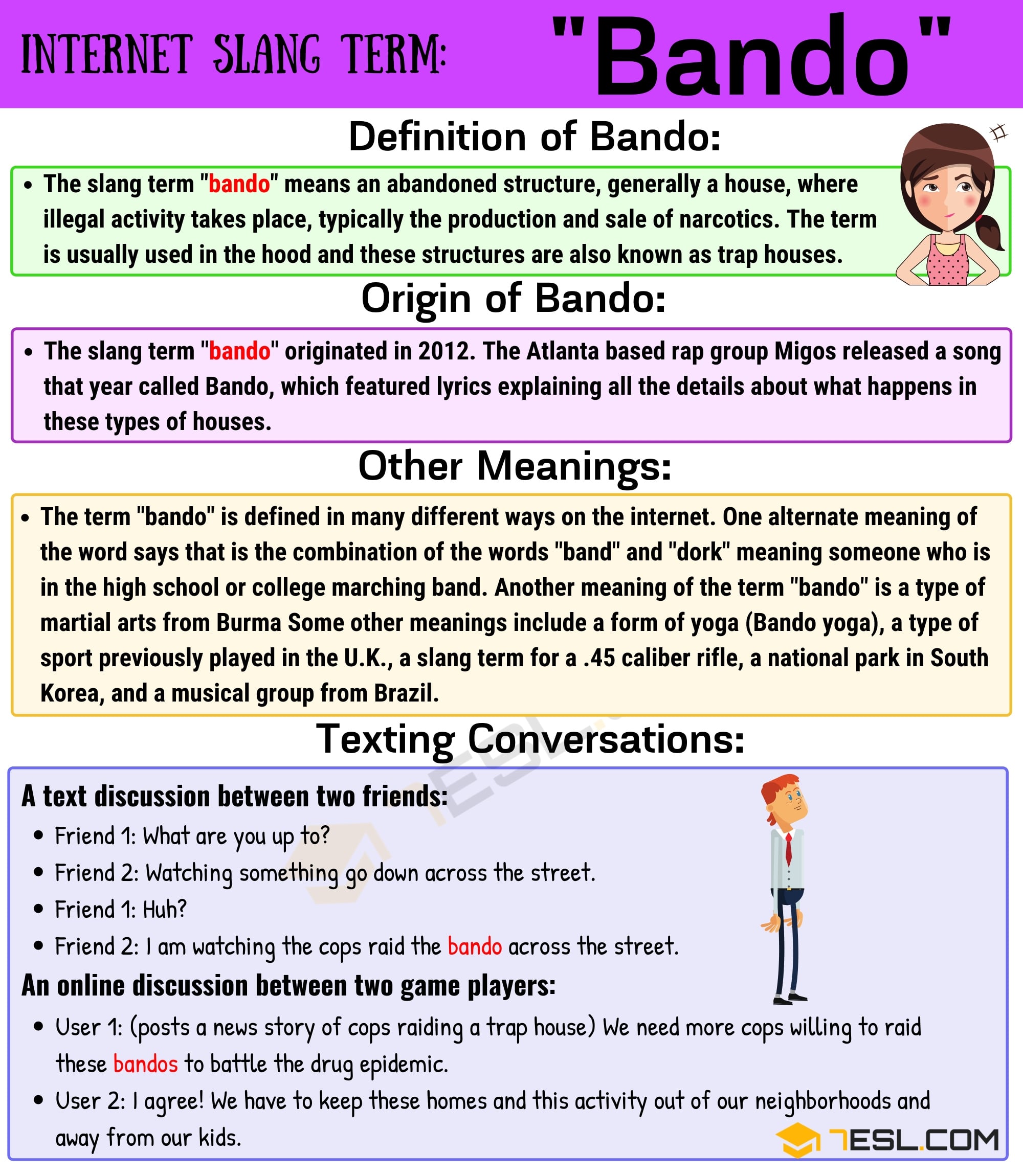