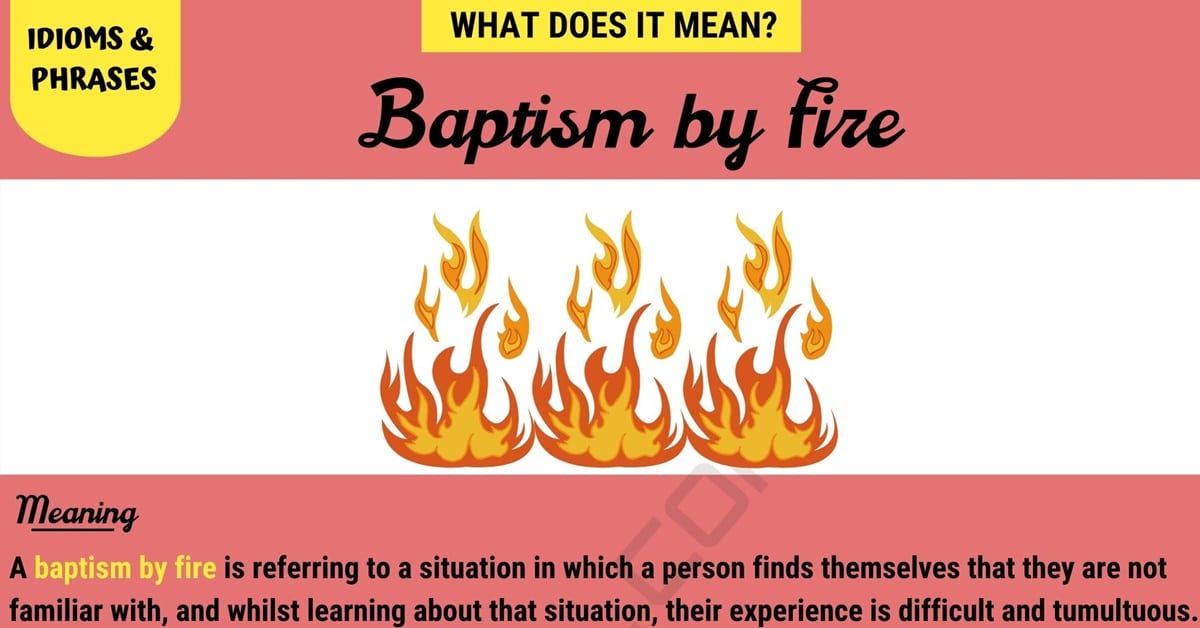 A common idiom that you might hear in English conversation is the term “baptism by fire.” But what exactly does this phrase mean and how can we use it in our day to day talk? Also have you ever thought about where this term may have originated from?

A baptism by fire is referring to a situation in which a person finds themselves that they are not familiar with, and whilst learning about that situation, their experience is difficult and tumultuous.

This term was first used in Europe, where it is still most commonly used today. The phrase was also used in the book of John in the Holy Bible and was talking about people being baptized by the Holy Spirit and by fire. In the military, the phrase has become very popular, being used to refer to a soldiers first time in battle, where he is thrown in at the deep end with little experience previously in that type of situation.

As mentioned above, the term is widely used in a military situation but can also be used to describe other trying situations. An example of this would be for someone starting a new job, where they find out that even on the first day, they are required to take on a large amount of difficult tasks. In this instance, you might say “Mark had a real baptism by fire on the first day of his new job.”

You are likely to hear the term baptism by fire in a number of conversation. Some of them might be like the following examples.

While baptism by fire is the most common way to refer to this situation, there are a few other ways in which you might describe this type of situation and express the meaning of the term.

What Is “Baptism by Fire”? | Image 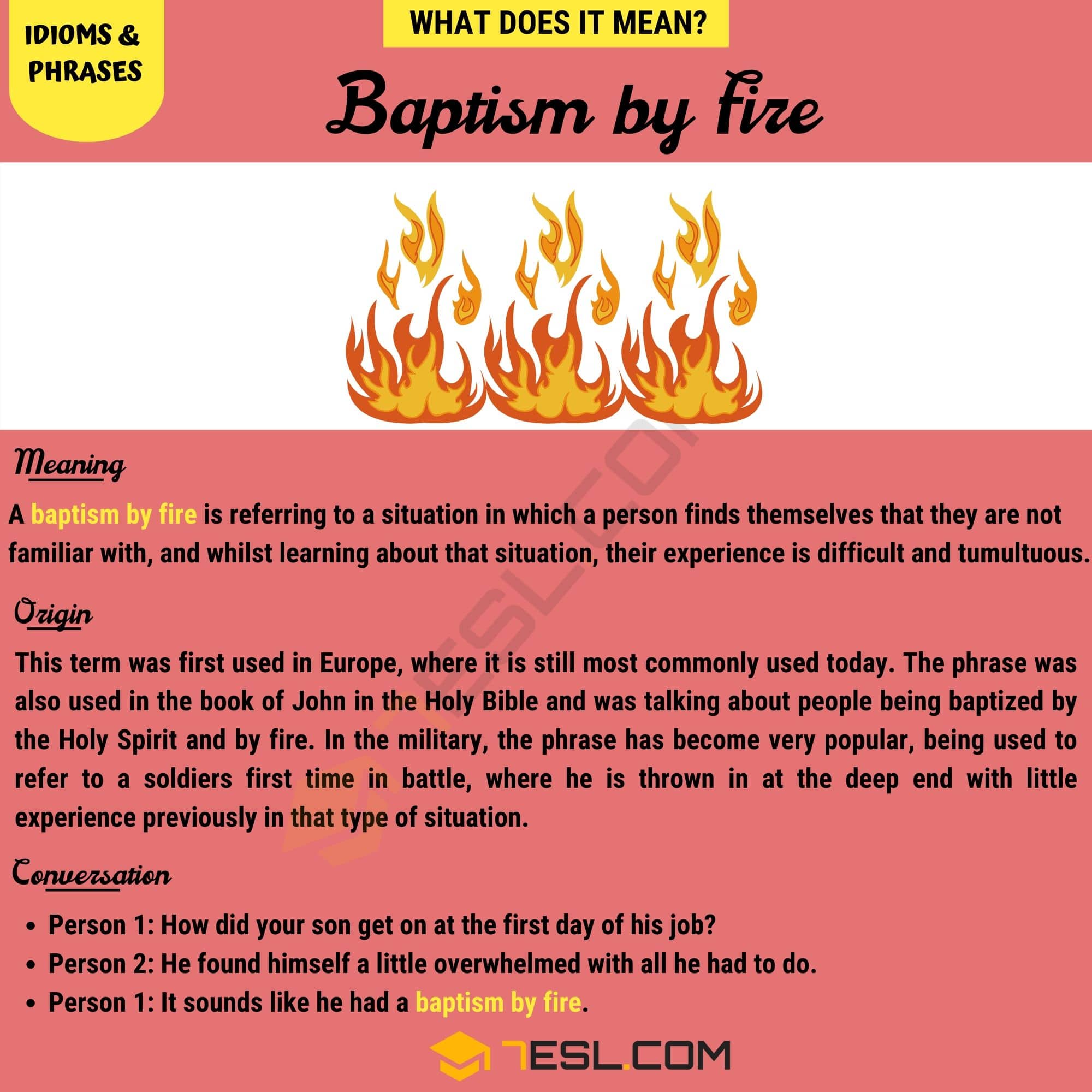