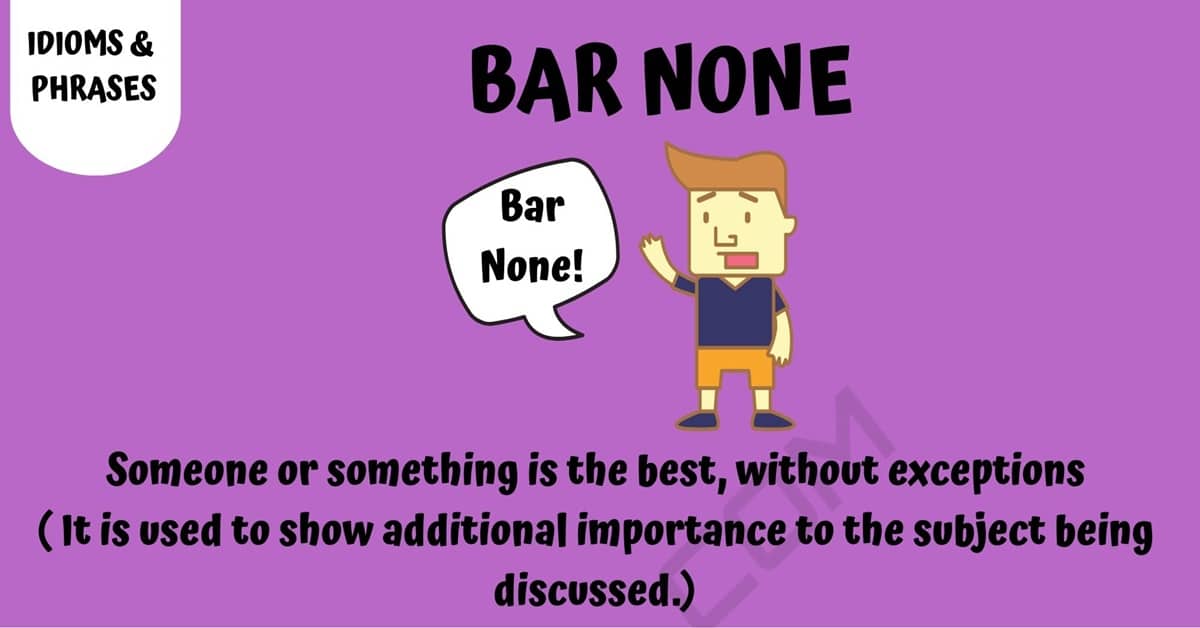 The idiomatic phrase “bar none” is a frequently used phrase that you may hear in everyday conversation or see in writing. Here you will find the meaning of this phrase and information regarding its origin. You will also find examples of how to use this phrase properly in conversations/statements and alternative ways you can express this phrase while still conveying the same meaning.

The idiomatic phrase “bar none” means that someone or something is the best, without exceptions. It is used to show additional importance to the subject being discussed.

The phrase “bar none” first appeared in the novel Lady’s Mile written by author M.E. Braddon. The phrase likely developed from the English preposition bar which means except. Therefore, the phrase translated into except none or without exception, the meaning the phrase has today.

A statement made by a celebrity in a popular entertainment magazine.

A statement made by a politician running for office in a local town.

A conversation between two friends talking about a movie-going experience.

Other Ways to Say “Bar None” 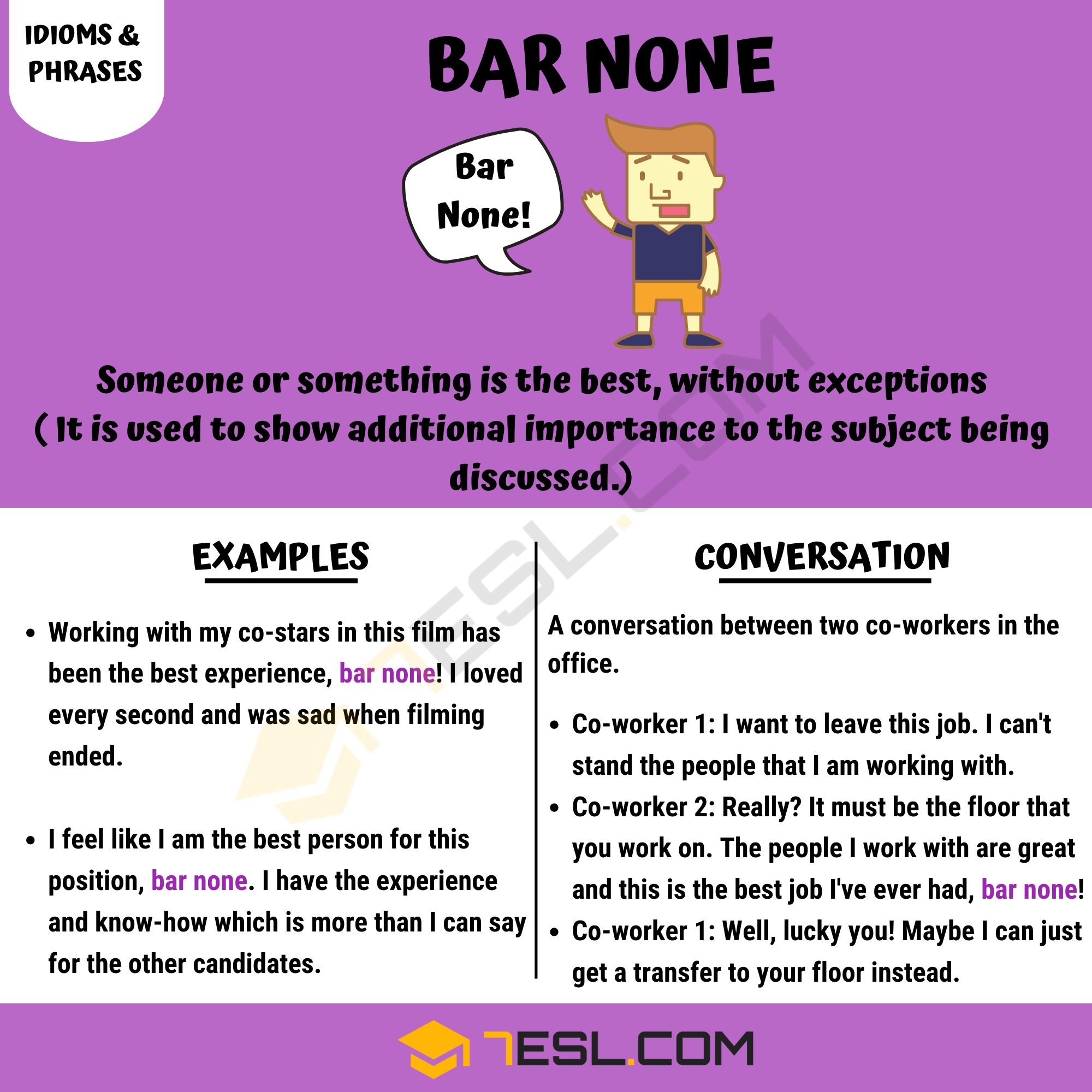