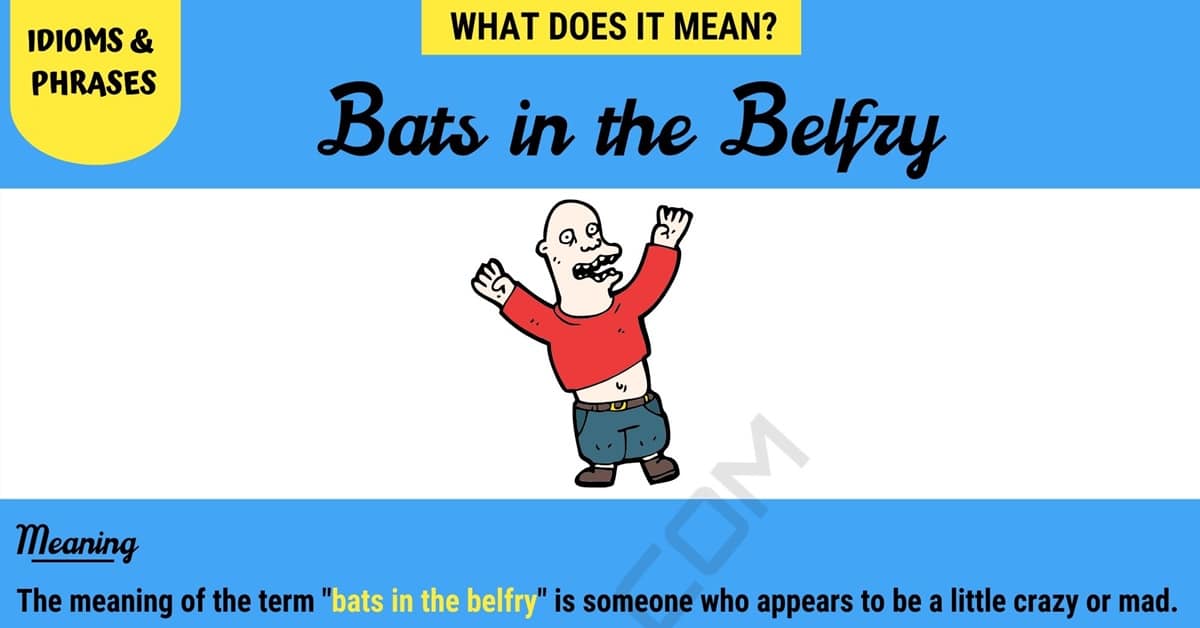 “Bats in the belfry” is an idiom which is used commonly in both written language and spoken conversation. Many people may be wondering where this saying made its origins and what it means when it is used on conversation. Let’s take a look a little deeper into the phrase and answer these questions.

Bats in the Belfry

Bats in the Belfry Meaning

The meaning of the term “bats in the belfry” is someone who appears to be a little crazy or mad. A belfry is one of the top most parts of a church where bats can often be found. When those bats are flying around the confined space of the belfry, it gets a little insane in there. When using the phrase metaphorically, one is making the reference that this loopy person has bats flying around in his head.

“Bats in the Belfry” Examples

You might use the term in an endearing sense when telling a loved one that their idea is a little out there.

However, the term can also be used in a more derogatory way to describe someone who certainly does have mental health issues.

There are a number of conversations in which you might hear the term “bats in the belfry”. Some of those conversations are likely to look and sound a little like some of these examples.

There are many ways to refer to the idea of someone being a little crazy, and bats in the belfry is just one of them. Some other terms that express the same meaning are:

Bats in the Belfry | Picture 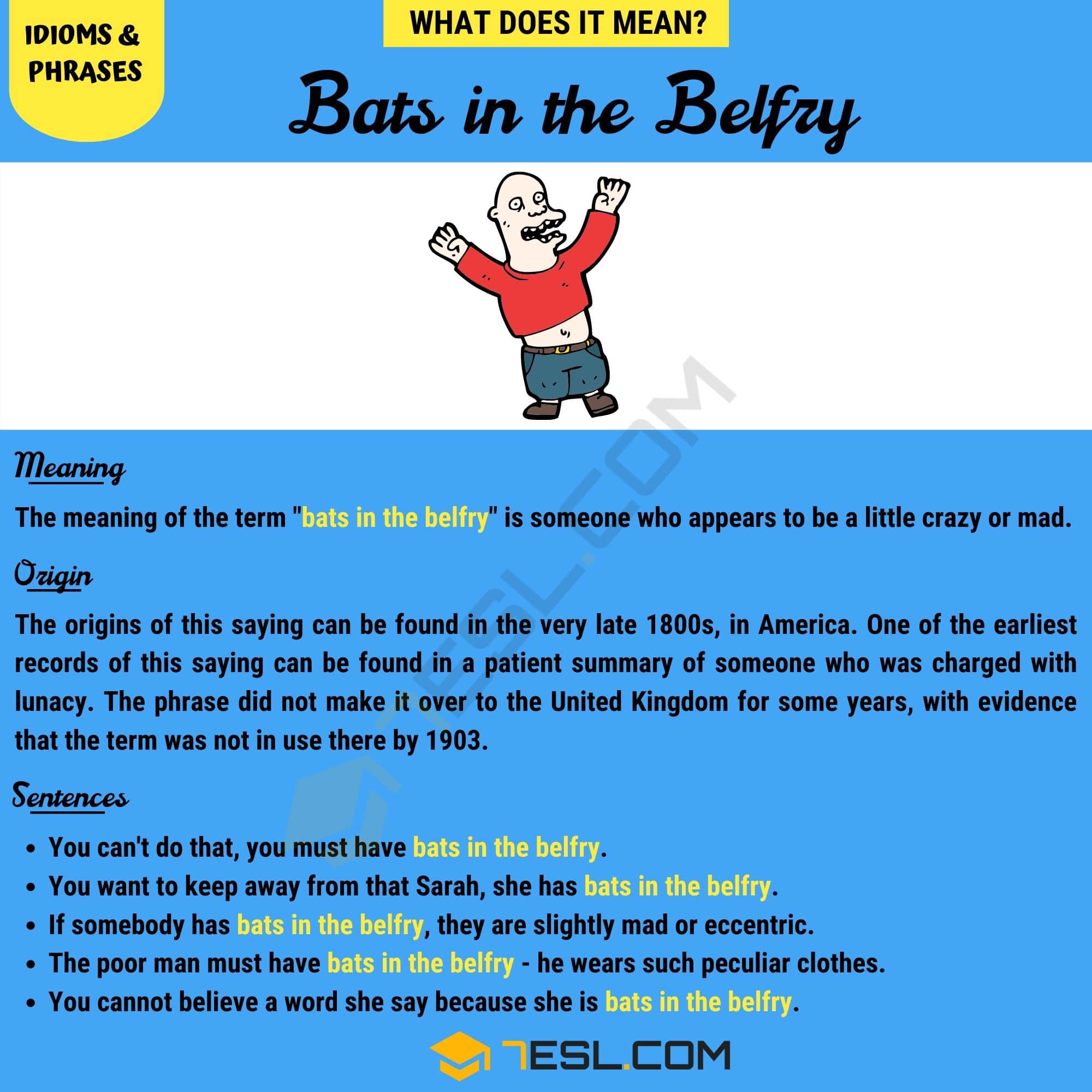