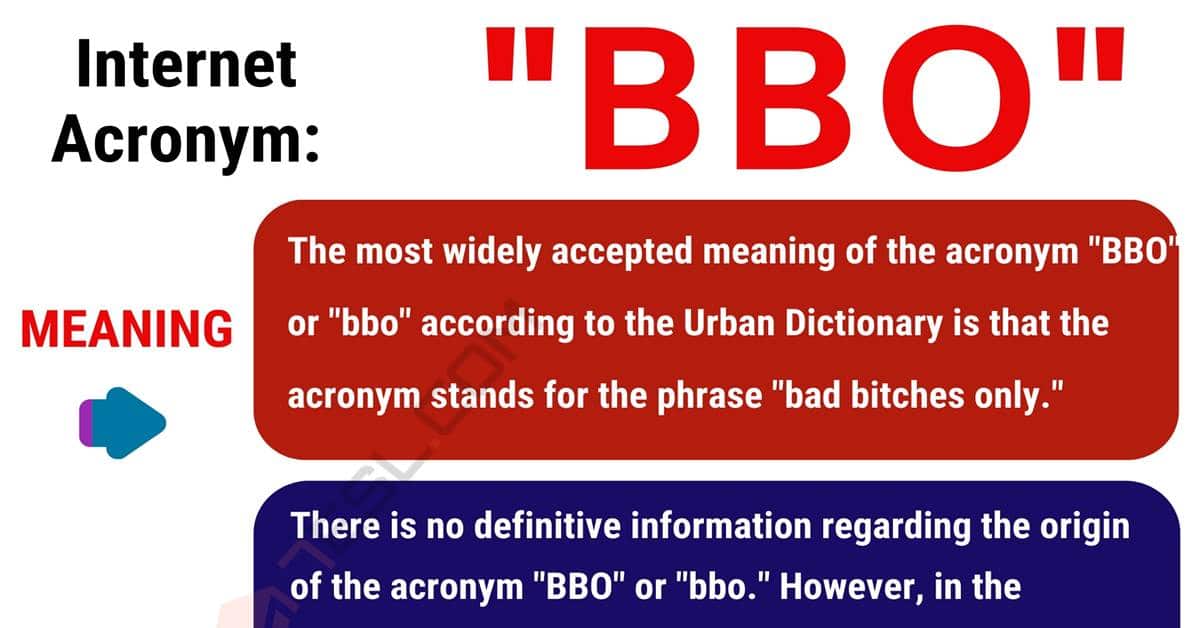 The acronym “BBO” or “bbo” is used frequently in online chatting and text messaging. If you have come across this phrase in either of these environments and wonder what it meant, you are in the right place. Here you will find not only the meaning of this acronym but information regarding its origin and other meanings other than the most popular meaning if any additional meanings exist. You will also see the acronym used in example conversations so you can better understand the meaning of this phrase in context. Finally, you will find some alternate words or phrases that you can use in place of this acronym to convey the same meaning.

What Does BBO Mean?

The most widely accepted meaning of the acronym “BBO” according to the Urban Dictionary is that the acronym stands for the phrase “bad bitches only.”

There is no definitive information regarding the origin of the acronym “BBO.” However, in the context mentioned above the earliest entry made by users in the Urban Dictionary was 2011, an indication that the phrase is at least eight years old.

The acronym “BBO” can have multiple meanings that aren’t as widely accepted. A user in 2009 posted in the Urban Dictionary that the phrase represented by this acronym was “bitch back off.” Another user in 2008 said the acronym stood for “beyond body odor” which came from a popular Seinfeld episode. Another user stated that the acronym represented the phrase “being bored online” in 2010. To determine the meaning implied, one is forced to look at the context that the acronym is being used to convey.

Other Ways to Say “BBO”

There are several phrases that you can use in place of the acronym “BBO” to relay the same meaning. Some of the alternatives you could consider using include: 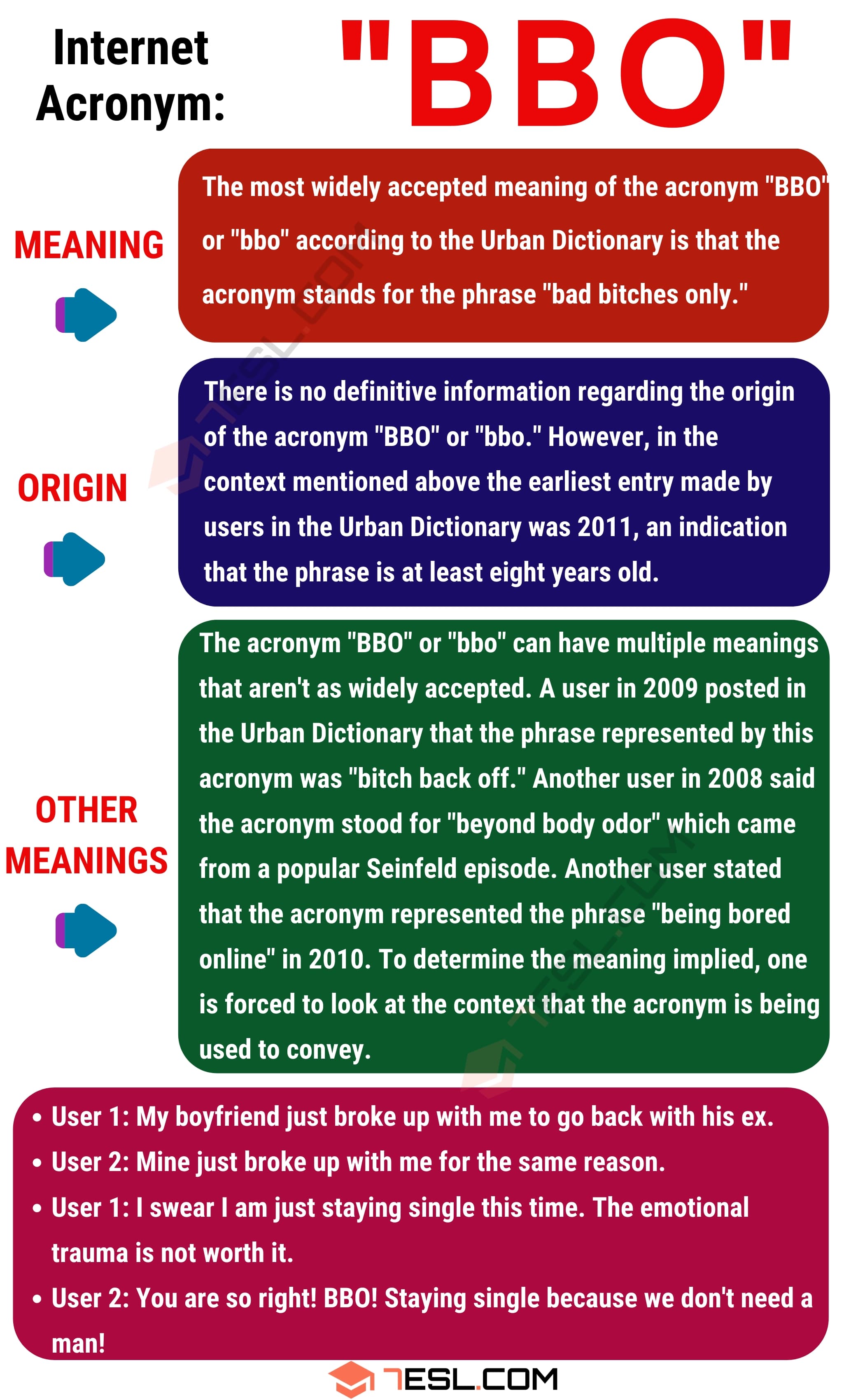