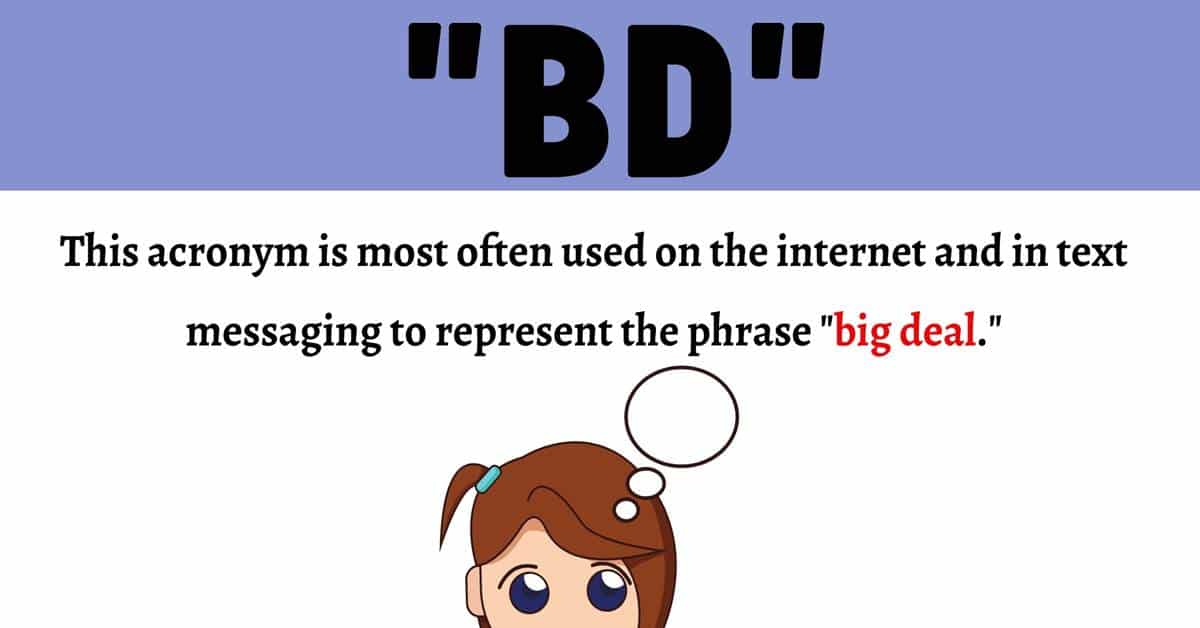 The acronym “BD” can be used to represent many terms, but there is one phrase that it is more prominently used to represent online and in text. If you came here because you were curious about what this term could stand for, then you have come to the right destination. Here you will not only find the meaning of this term, but you will also grain some knowledge about the details of its origin and see some other meanings. You will also see some example conversations featuring this term used correctly to help you better understand its meaning. Finally, you will see some other words that can be use interchangeably with the one mentioned here that will not change the meaning of the original.

What Does BD Mean?

This acronym is most often used on the internet and in text messaging to represent the phrase “big deal.” This is typically used as a sarcastic expression by someone who thinks what you just said or did is not actually a big deal at all. It is equal to saying other phrases like “so what” or “who cares.”

The phrase was first used in the 1860s in a much different context to represent “a good deal in trade or a large amount.” The first reported usage in the context of the meaning mentioned above is not recorded until the 1940s when it was quoted that people thought during World War II that an attack or a bombing on American soil was “… not a threat and no big deal.” 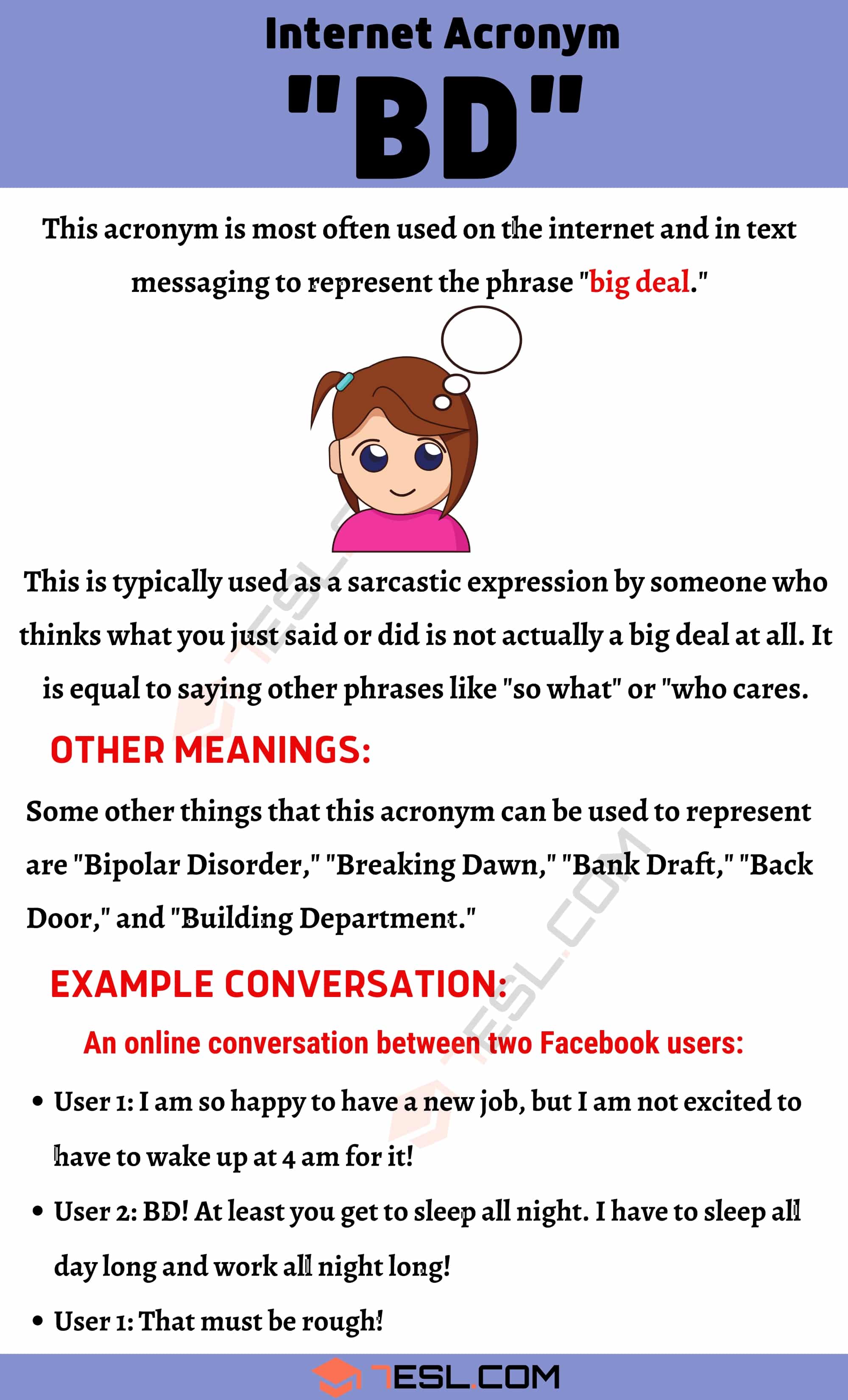 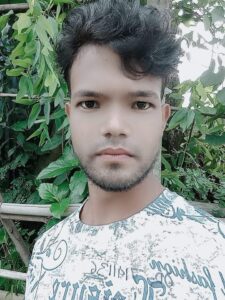