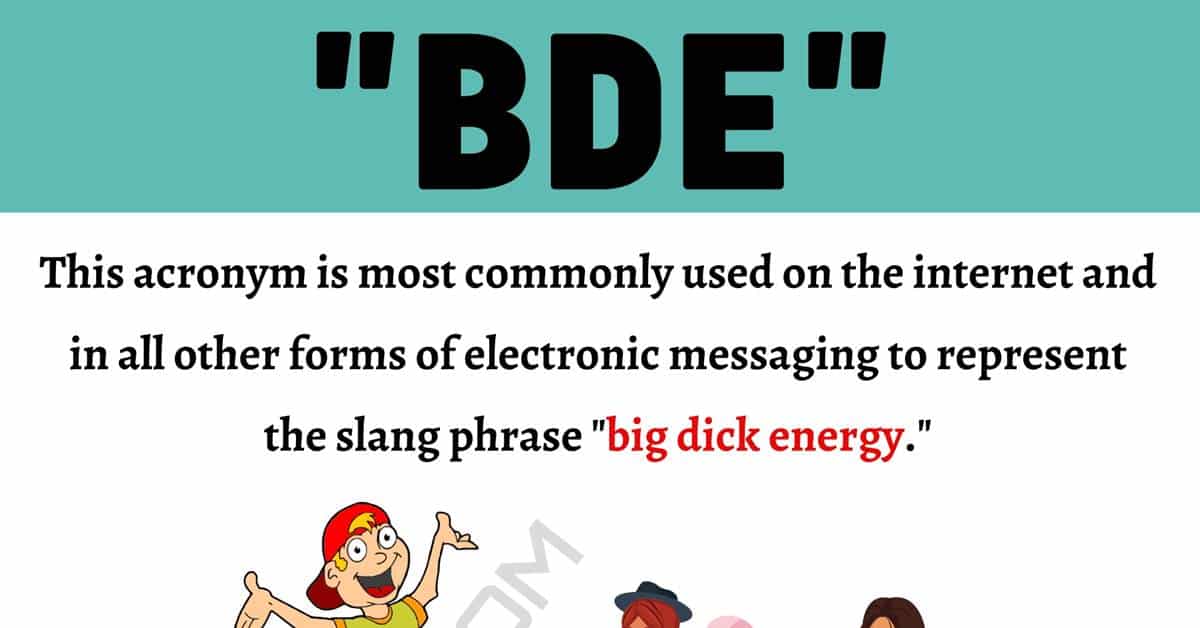 The slang acronym “BDE” has become a popular term in the few short years that it has been in existence. If you have heard or seen this term used and came here pondering what it could mean, then look no further because your search is over. On this page, you will find the meaning of this slang, details regarding its first usage, and some alternate meanings if there are any. Conversation examples are offered further into the article to help you better understand its meaning and proper usage. Finally, you will learn some other words or phrases that can be used in place of this term without changing the meaning of the original term.

What Does the term “BDE” Mean?

This acronym is most commonly used on the internet and in all other forms of electronic messaging to represent the slang phrase “big d*** energy.” This is the term used to describe someone who has and exudes an incredible amount of confidence without being cocky.

This acronym and the slang phrase that it is used to represent are one of the newer trending terms to be used in social media. Its first recorded usage did not occur until June of 2018. It was first used as an entire phrase, but thanks to social media sites such as Twitter that limit the number of characters someone can use, the phrase was shortened to this acronym for representation.

This slang term is similar to every other acronym in the fact that it can also stand for many other things as well. Some of the other things that it can stand for are “Beginner Driver Education,” “Bulk Data Encryption,” “Basic Data Entry,” “Bus Driver Error,” and “Basic Design Engineering.” As you can see, most of these terms relate to and are used in more specific scenarios.

There are several words or phrases that you could use without using this phrase or this acronym that would still express the same meaning. Some of the other things you could say instead include: 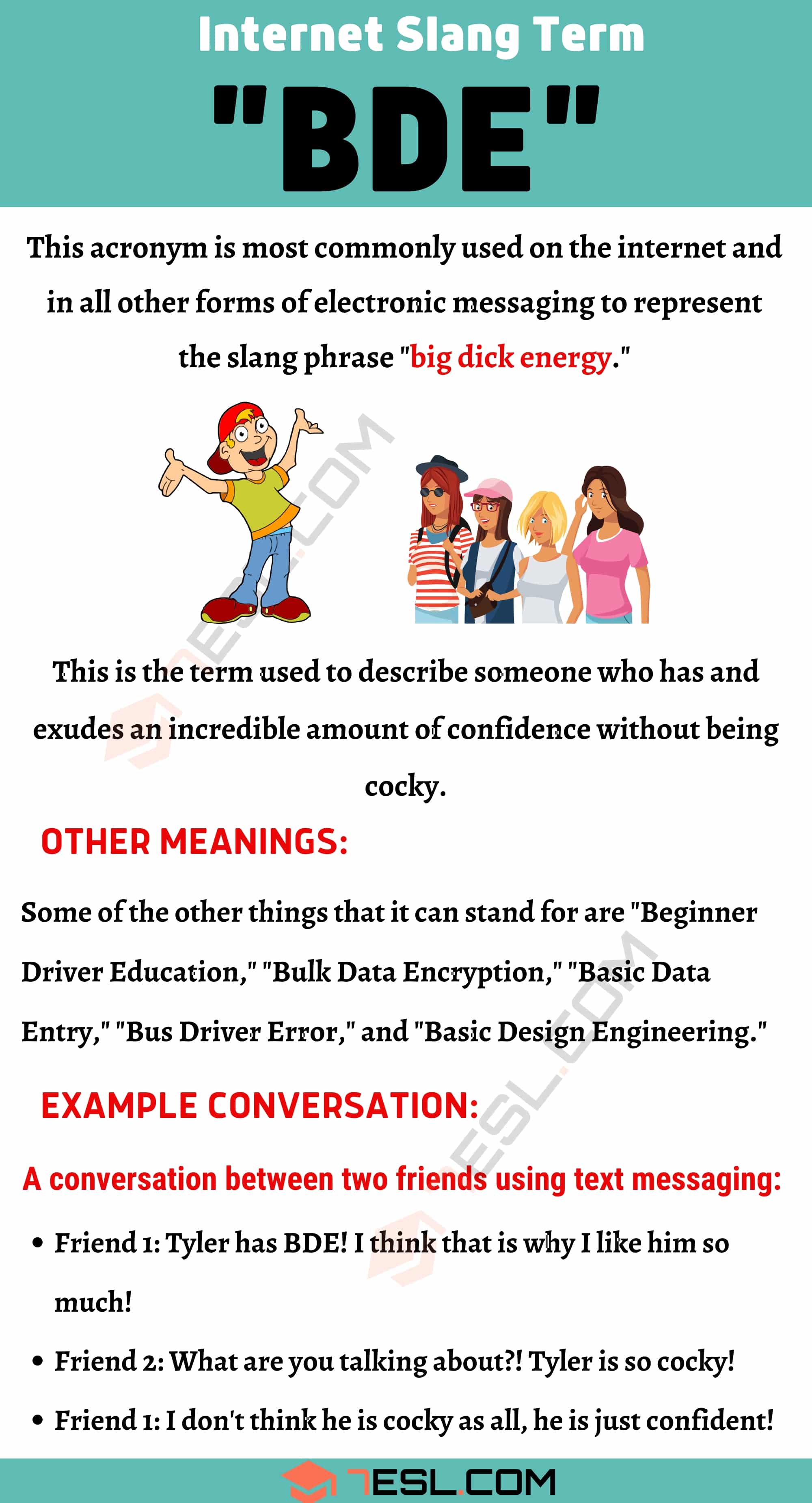