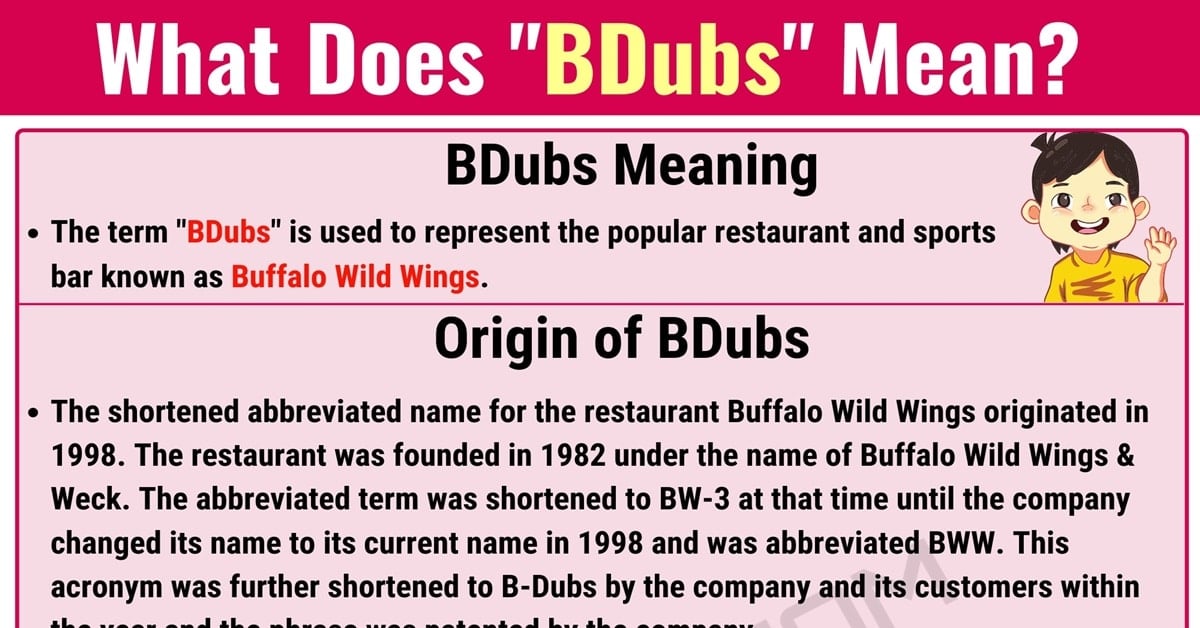 What Does BDubs Mean? If you frequently go to a particular restaurant, then you might already know what this abbreviation signifies. However, if you ended up here on this page, then it’s a good indication that you have heard or seen the term and are trying to figure out what it means. If that is the case, then you have landed in the right spot.

Here you will not only find the meaning of this internet slang term, but you will also find some information about its origin and some possible other meanings of the term if there are any. You will also see some conversation examples to help you further understand the term by seeing it used in the proper context. The article will end with some suggestions of words or phrases that you can use in place of this term to convey the same meaning.

What Does BDubs Mean?

The term “BDubs” is used to represent the popular restaurant and sports bar known as Buffalo Wild Wings.

The acronym BWW pronounced “bee, double-u, double-u” was shortened to “bee-dubs” with the “dubs” being representative of the two “double-u”s in the acronym. Originally B-Dubs was hyphenated, but since the dawn of hashtags on social media which do not allow punctuation like hyphens, the hyphen has been dropped in some cases and the term “bdubs” also now represents this restaurant and sports bar.

There are some organizations and businesses that use this acronym to shorten the name of their company. The acronym is also used to shorten the name of some objects and other things. Some of the other examples of this acronym and what it represents include “Birmingham Water Works,” “Blue-Winged Warbler,” “Big Wide World,” “Bandwidth Warning,” and “Broadband Wireless World.”

Since this abbreviation is the shortened form of an official name of a restaurant, the alternatives that you can use are few. Some of the alternate phrases you could use include: 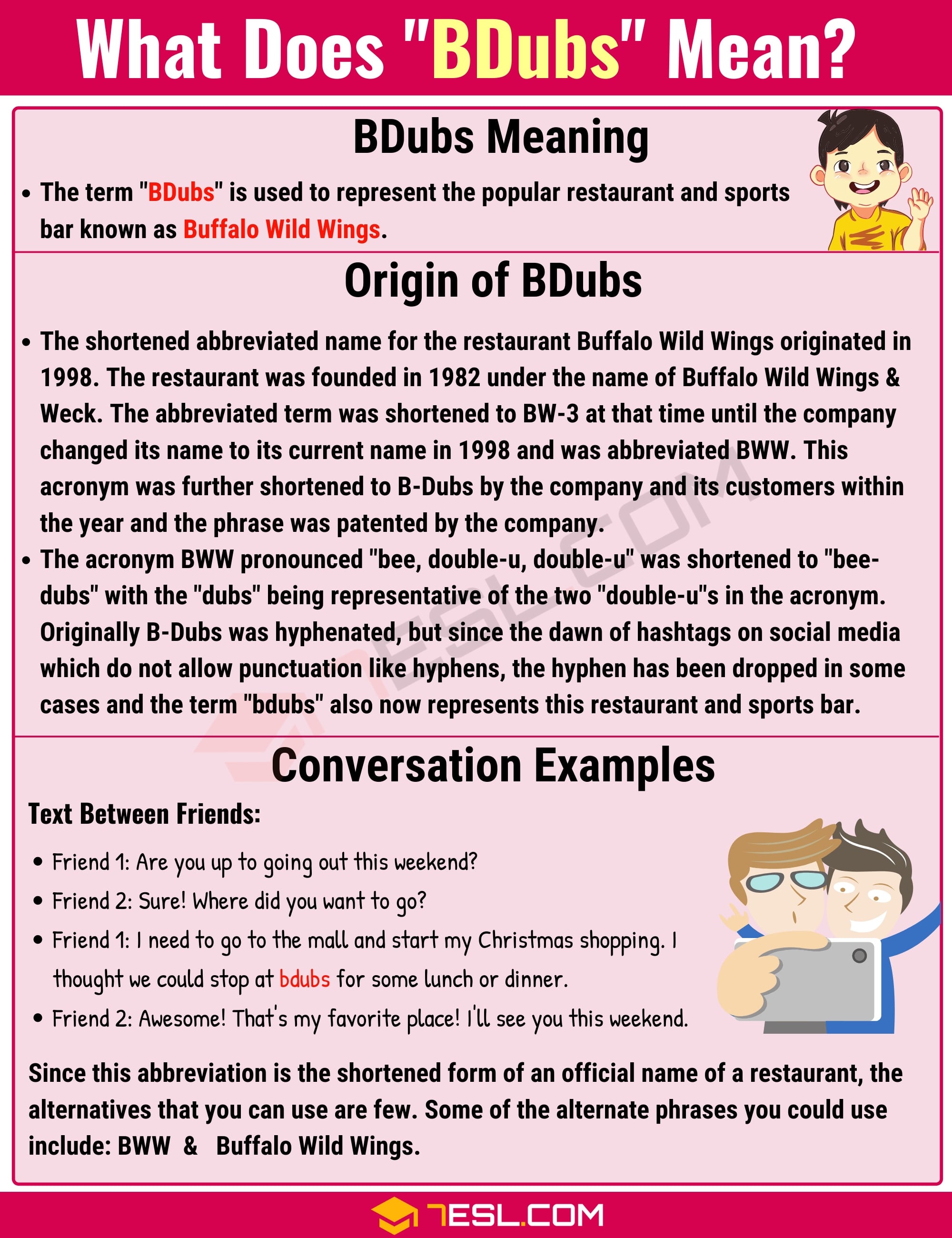