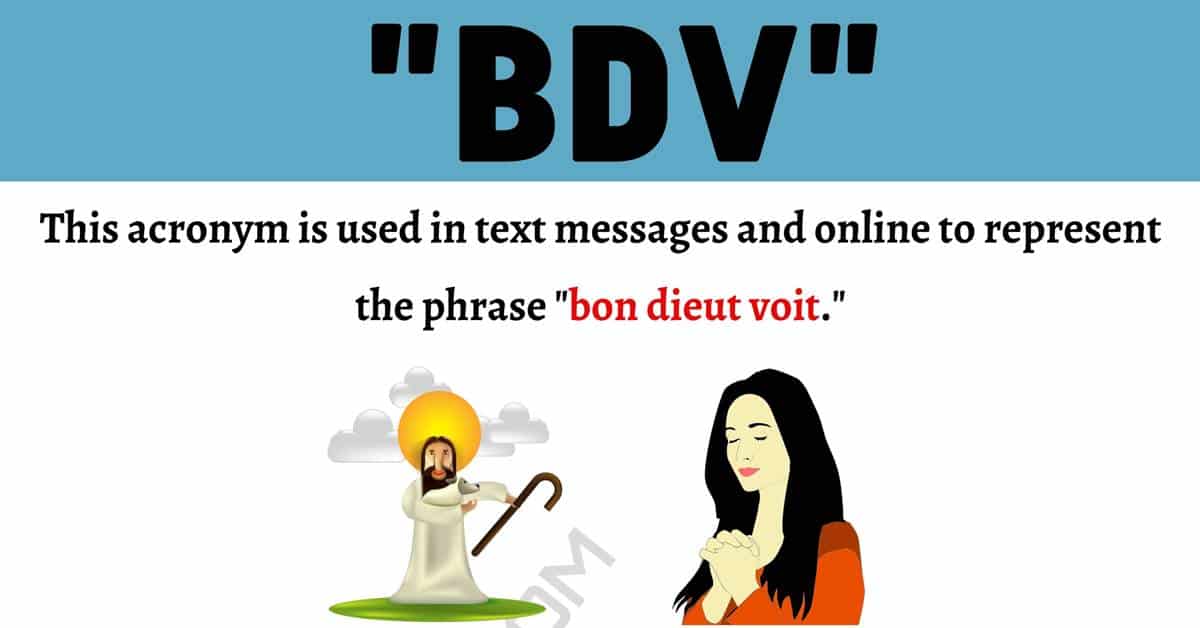 Unless you live somewhere in Canada, then the acronym “BDV” will be an acronym that you and most other people are not familiar with the meaning of. If that is the case, but you have heard or seen it used and want to know the meaning, then your quest has ended where X marks the spot. Here you will find the meaning of this term, accompanied by some information regarding its origin and some other meanings. You will also see some example conversations to help you see how the term is used correctly in context and help you gain a better understanding of its meaning. In conclusion, you will learn of some synonymous phrases that you can use in place of this term and the phrase it represents because they share the same meaning.

What Does BDV Mean?

This acronym is used in text messages and online to represent the phrase “bon dieut voit.” This term translates to “God sees” and it is used in the same sense that “I swear” or “for real” are used in conversation.

The acronym and the phrase it stands for were derived from the French language and were first recorded being used in the city of Ottawa in Canada. Usage of both have now spread across many cities in Canada, where it is standard to speak both French and English. 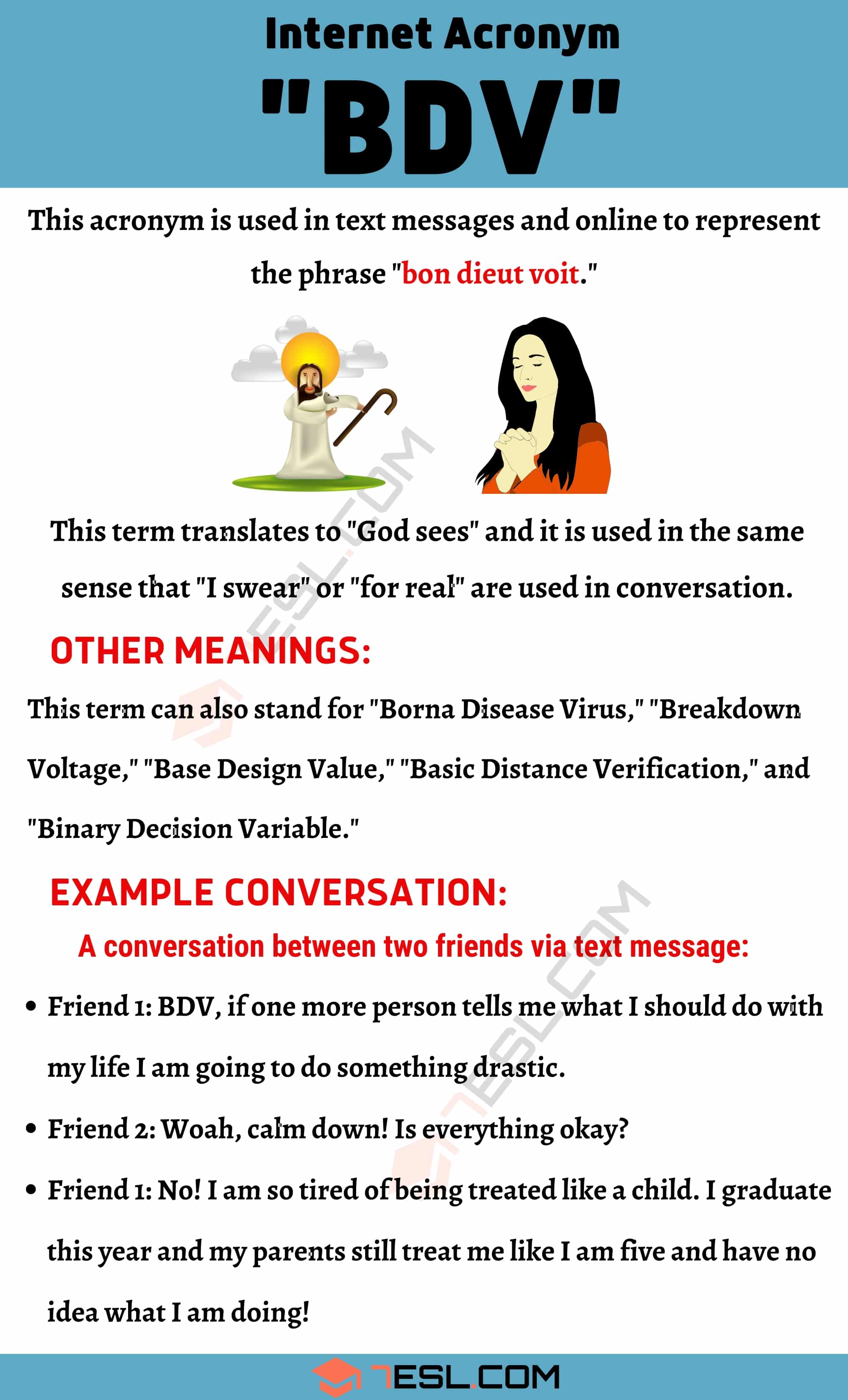