What does “Bear Necessities” mean? If you are a fan of Disney, then you have probably heard this term before. However, it is not just a popular song from an animated movie. Here you will find the real meaning of the idiom “bear necessities,” the story of its origin, and some example sentences and conversations using the phrase in its proper context. Lastly, you will find some suggested words or phrases that you can use in place of the phrase “bear necessities” that will convey the same meaning.

The idiomatic phrase “bear necessities” is more commonly and correctly written “bare necessities.” The phrase means having only the basic things that you need to survive and nothing extra.

The term “bare necessities” uses the word “bare” meaning “minimal and nothing else.” This definition of “bare” has existed since the year 1200, but when this became an official idiom is not specifically mentioned. It is believed that many people confuse the spelling of “bare necessities” with “bear necessities” because of a song from the Disney animated film The Jungle Book. One of Disney’s first animated movies produced in 1967, the film featured a song called “Bare Necessities” sung by a character named Baloo who happens to be a bear. This led people to believe the spelling was “bear necessities” rather than the proper spelling.

A conversation between mother and daughter 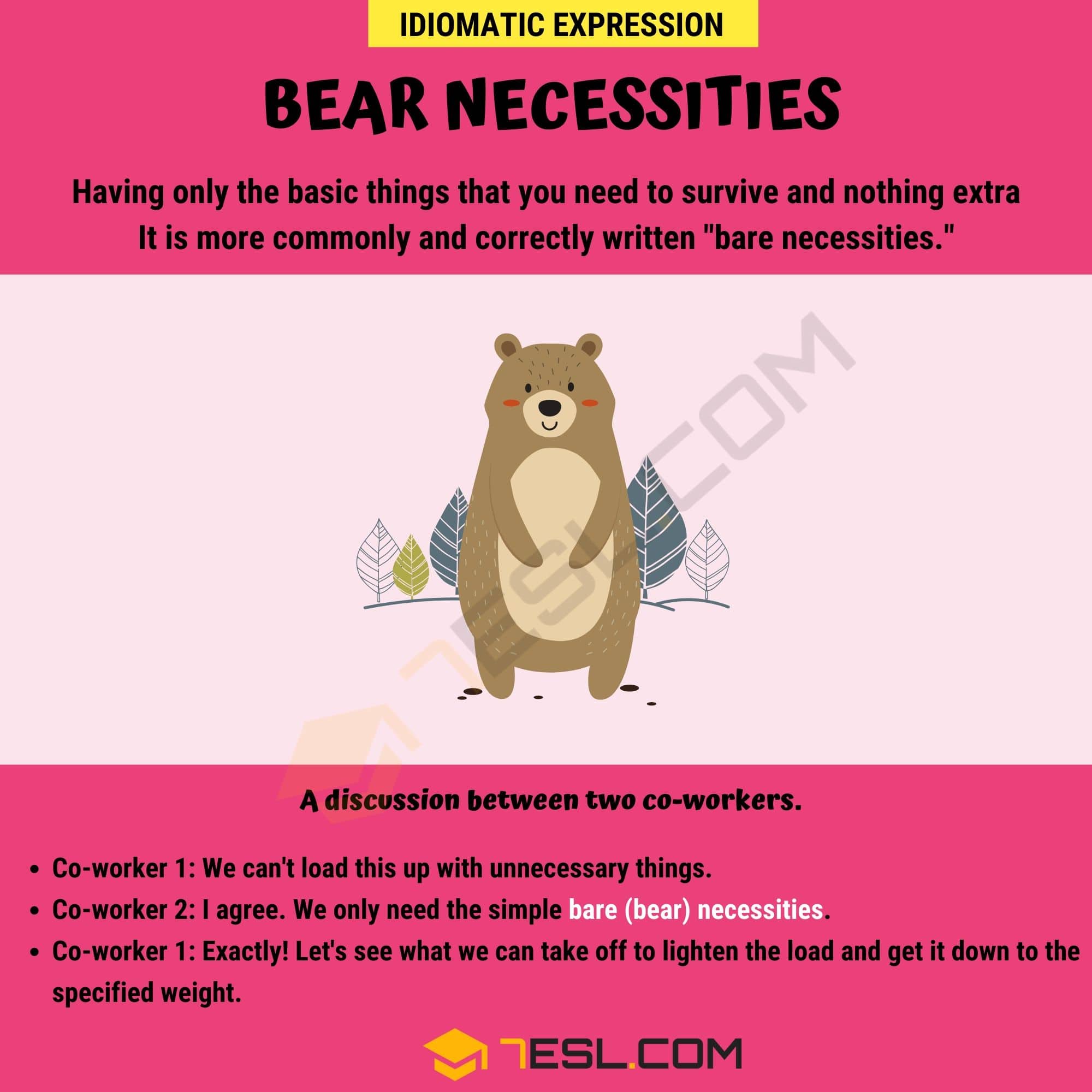