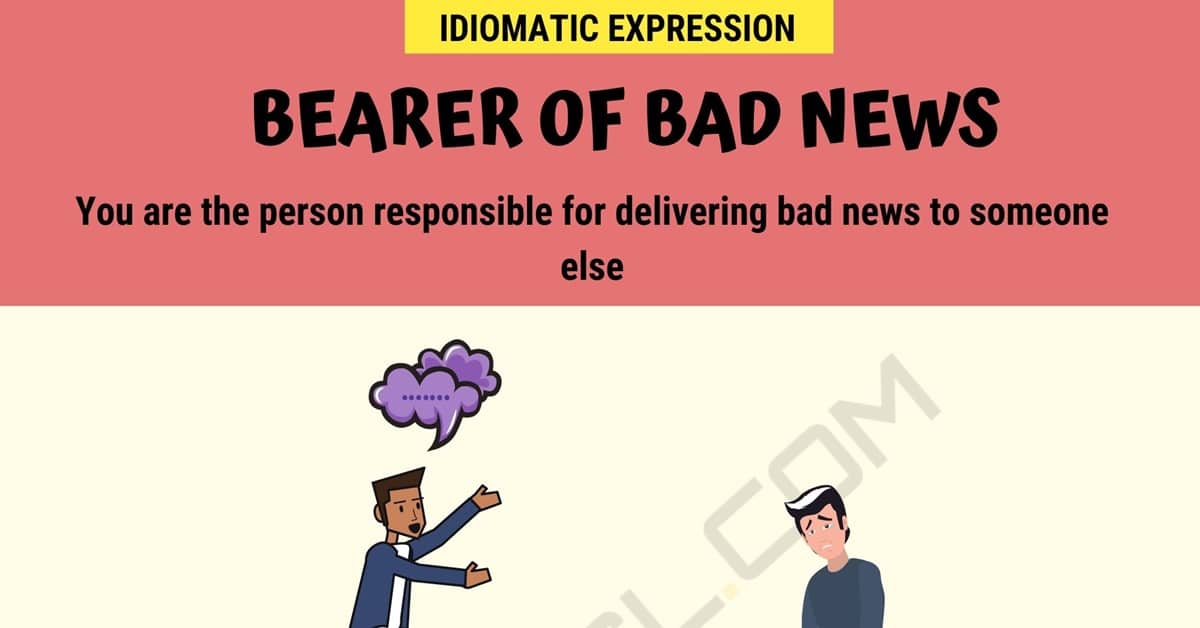 Being the “bearer of bad news” is typically not a position you want to be in. If you have recently been accused of being the “bearer of bad news” and wonder what it meant and why people looked at you with such distaste, then you have arrived at the right page. Here you will find the meaning of this phrase, some information about its origin, and some example sentences and conversations to help you gain a deeper understanding. You will also see some alternative words or phrases near the very end that you can use in place of this phrase during a conversation to express the same message.

The idiom “bearer of bad news” means that you are the person responsible for delivering bad news to someone else.

Origin of the idiomatic term

The idiomatic phrase “bearer of bad news” has most likely been used since the mid-17th-century when the word “bearer” was defined to mean “someone who carried bodies to their graves.” The first phrase to be used was “bearer of bad tidings.” The phrase was changed and the two were used interchangeably as synonyms for one another for quite some time before the popularity of “bearer of bad news” became the more frequently used. However, its first recorded usage is unknown.

A discussion between manager and employee.

Alternatives to “Bearer Of Bad News” 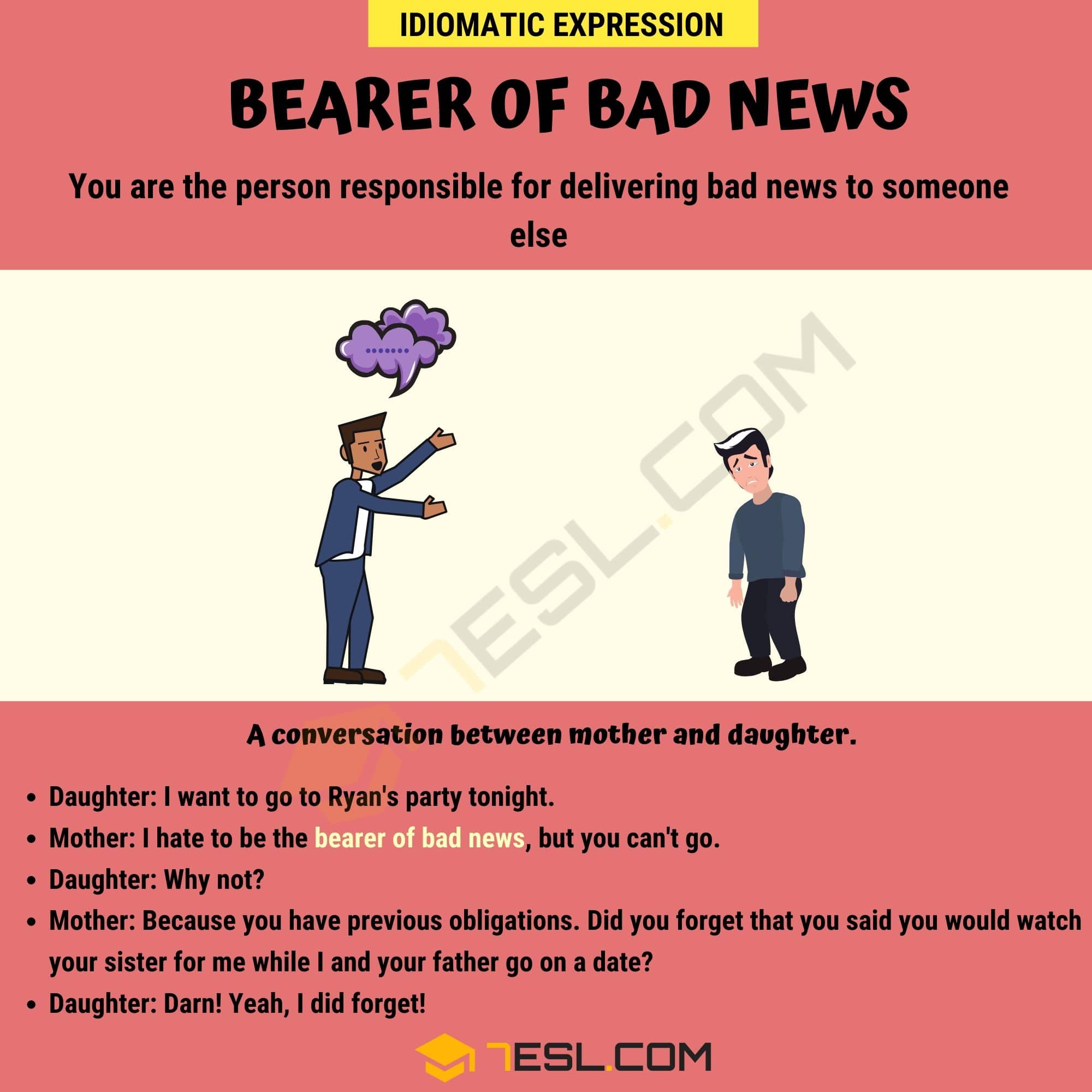