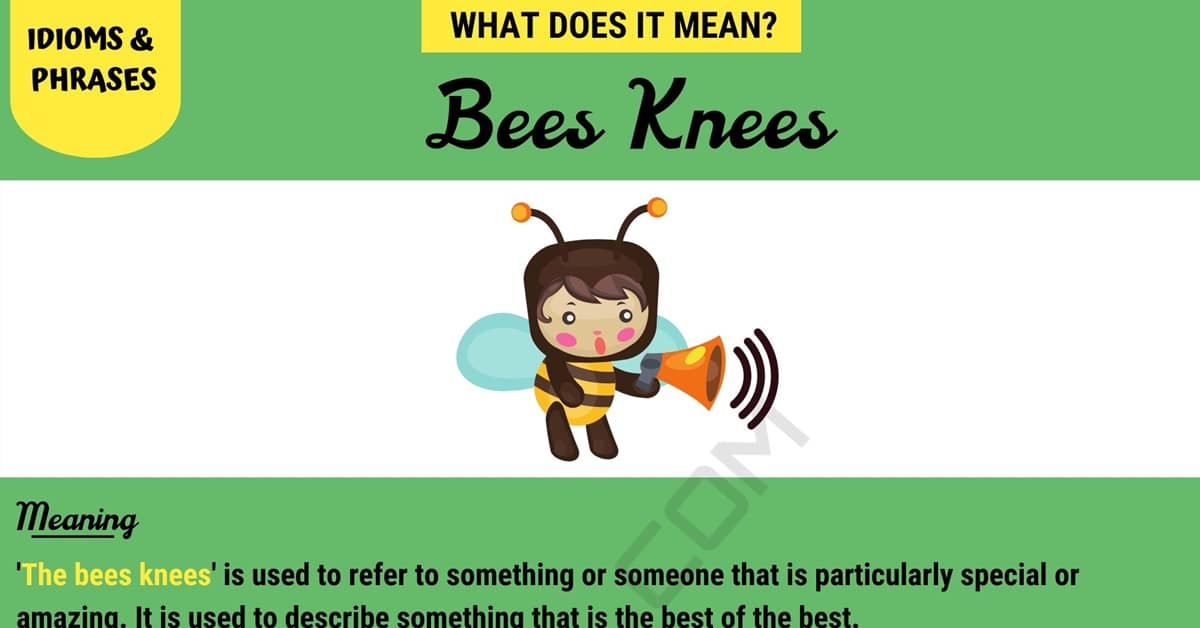 The term ‘the bees knees’ is one you might hear frequently in English conversations. It can sound a little funny if you are not sure what it means. It is not a saying which is talking about the joints of an insect, but what does it mean and where did it come from?

‘The bees knees’ is used to refer to something or someone that is particularly special or amazing. It is used to describe something that is the best of the best.

The term was originally used in the 1920s and is believed to have come from the word ‘business.’ When someone would say that something was ‘the business’ they would be saying that it was excellent. This term then evolved into the bees knees which kept the same meaning.

Times where you might use the term ‘the bees knees’ would be to describe, for example, a party you attended:

You might also use it to describe a person you think particularly highly of, for example, you might say:

When using the saying the bees knees in a conversation, it might sound a bit like one of these examples.

There are plenty of other ways to express how brilliant something is, some of these could include sayings such as;

What Does “Bees Knees” Mean? | Picture 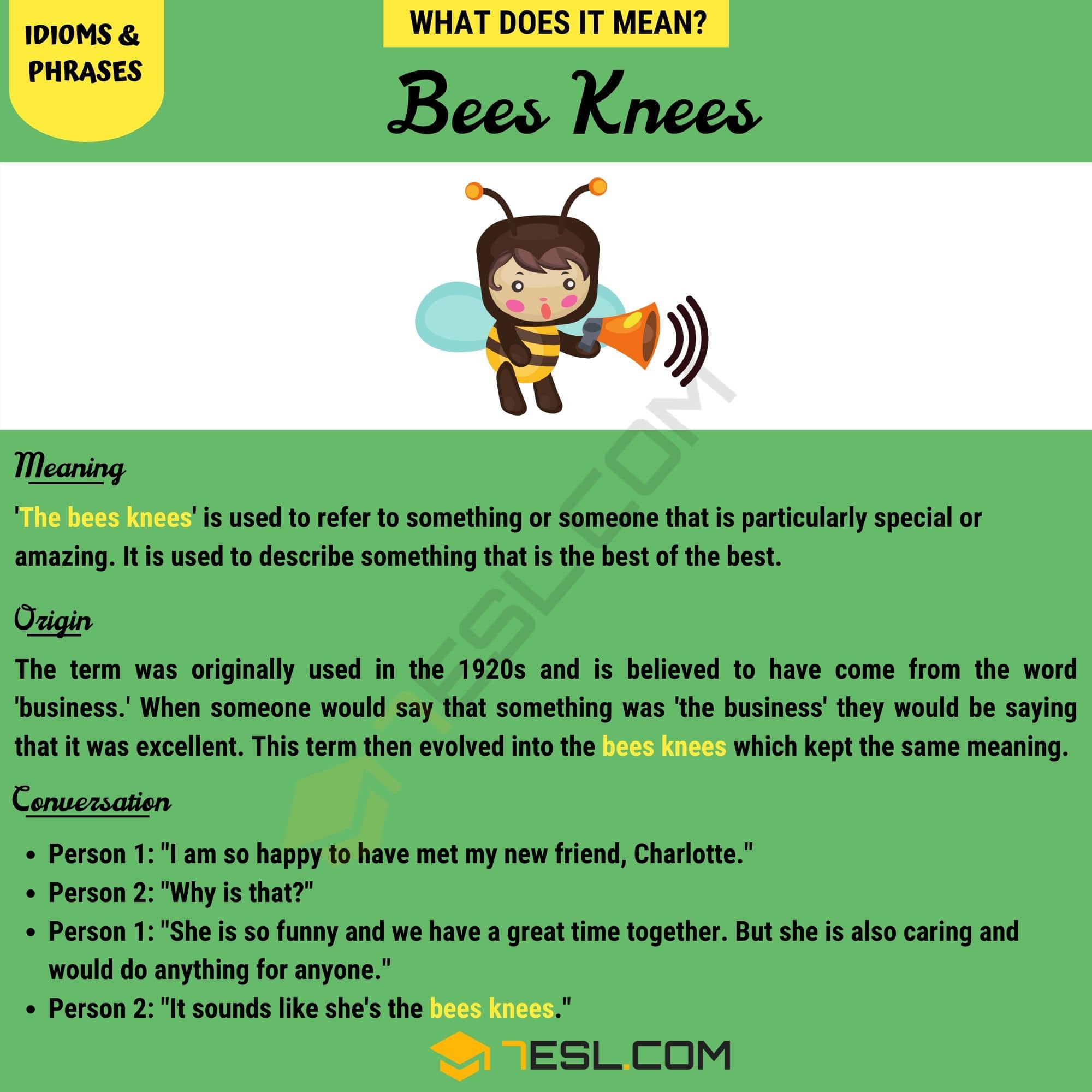