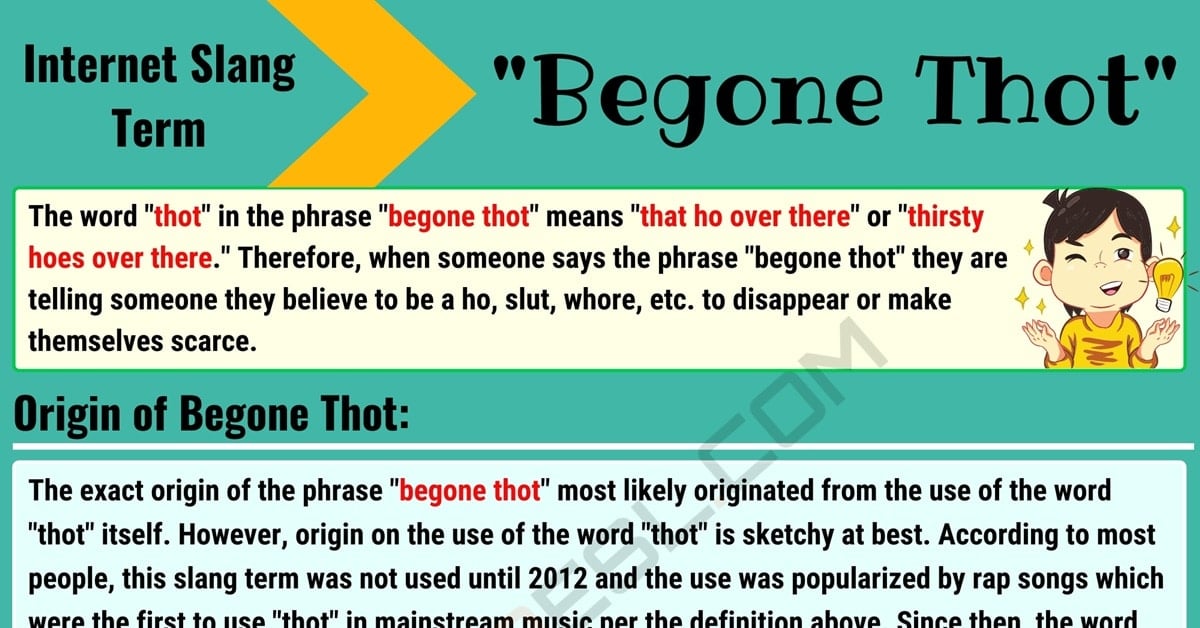 “Begone thot” is a phrase that is commonly used by the younger generation of internet users. Therefore, if you are of an older generation or don’t speak English fluently to know all the slang terms being used today, then you might find yourself wondering what this phrase is all about. Here you will find the meaning of the internet slang phrase and information regarding its origin if there is any available.

You will also see some other meaning the phrase could have if any exist and see some example conversations to better understand how the phrase is used correctly in conversation. Finally, you will take a look at some suggested phrases that can be used instead to convey the same meaning.

What Does Begone Thot Mean?

The exact origin of the phrase “begone thot” most likely originated from the use of the word “thot” itself. However, origin on the use of the word “thot” is sketchy at best. According to most people, this slang term was not used until 2012 and the use was popularized by rap songs which were the first to use “thot” in mainstream music per the definition above. Since then, the word has been widely used.

There are no other known meanings of the slang phrase “begone thot.”

A text conversation between a girlfriend and someone who texted her boyfriend’s phone: 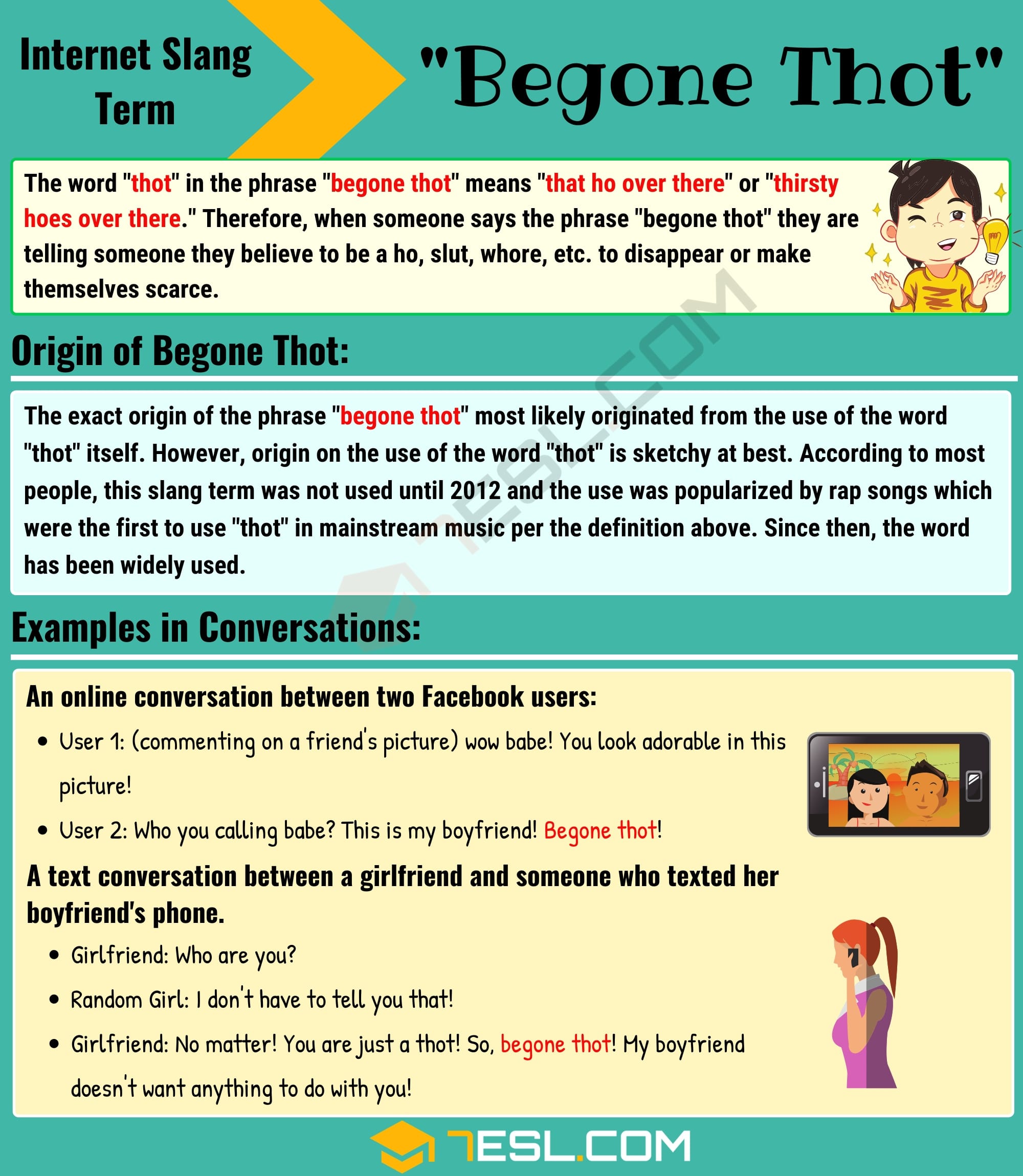