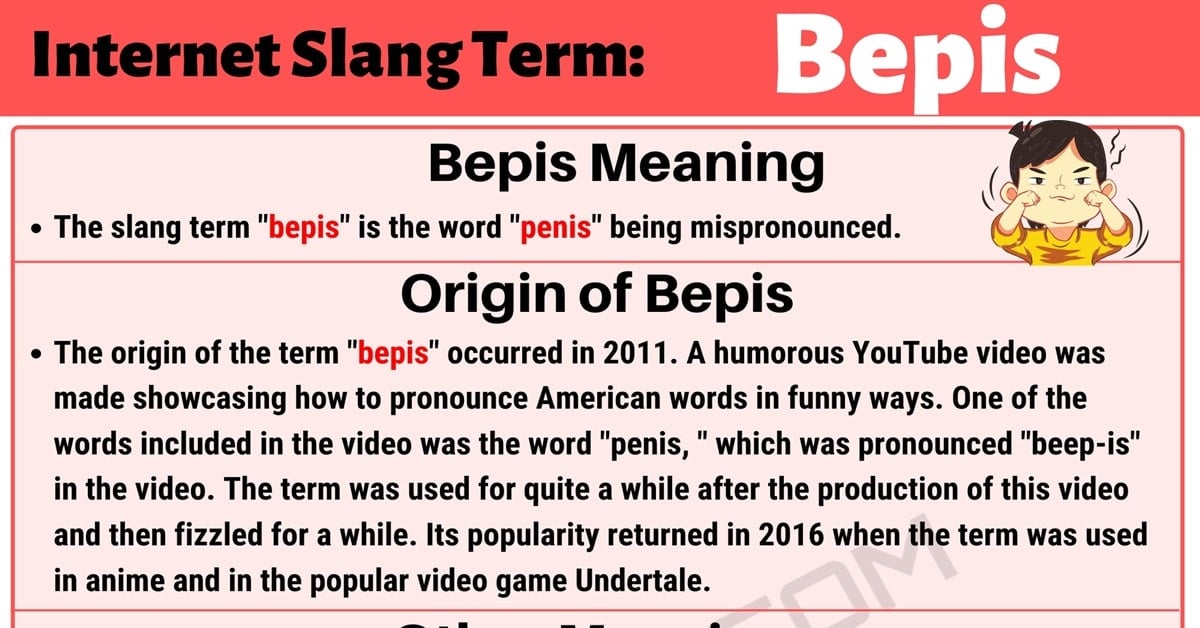 The slang term “bepis” seems foreign and not a real word at all. Odds are you have heard or seen this term and it bought you here because you were searching for some clarity. You have come to the right place. Here you will find the meaning and information about its origin.

You will also find other meanings if there are any available and some example conversations using this phrase correcting. Lastly, you will find some alternative words or phrases to replace the term “bepis” in conversation, but still, relay the same meaning

The slang term “bepis” is the word “penis” being mispronounced.

The origin of the term “bepis” occurred in 2011. A humorous YouTube video was made showcasing how to pronounce American words in funny ways. One of the words included in the video was the word “penis, ” which was pronounced “beep-is” in the video. The term was used for quite a while after the production of this video and then fizzled for a while. Its popularity returned in 2016 when the term was used in anime and in the popular video game Undertale.

Due to the manner in which the term was used in anime, “bepis” can also mean a type of soda or soft drink. Anime creators are known for including drinks in their drawings that look much like popular American soft drinks but giving them fake names. The creators took the popularity of “bepis” and misspelled it to “bepsi” to represent the American drink Pepsi.

A text discussion between two co-workers.

There are several words that you can use to replace the word “bepis” in conversation that would be considered synonymous. Some of the alternatives you could use include: 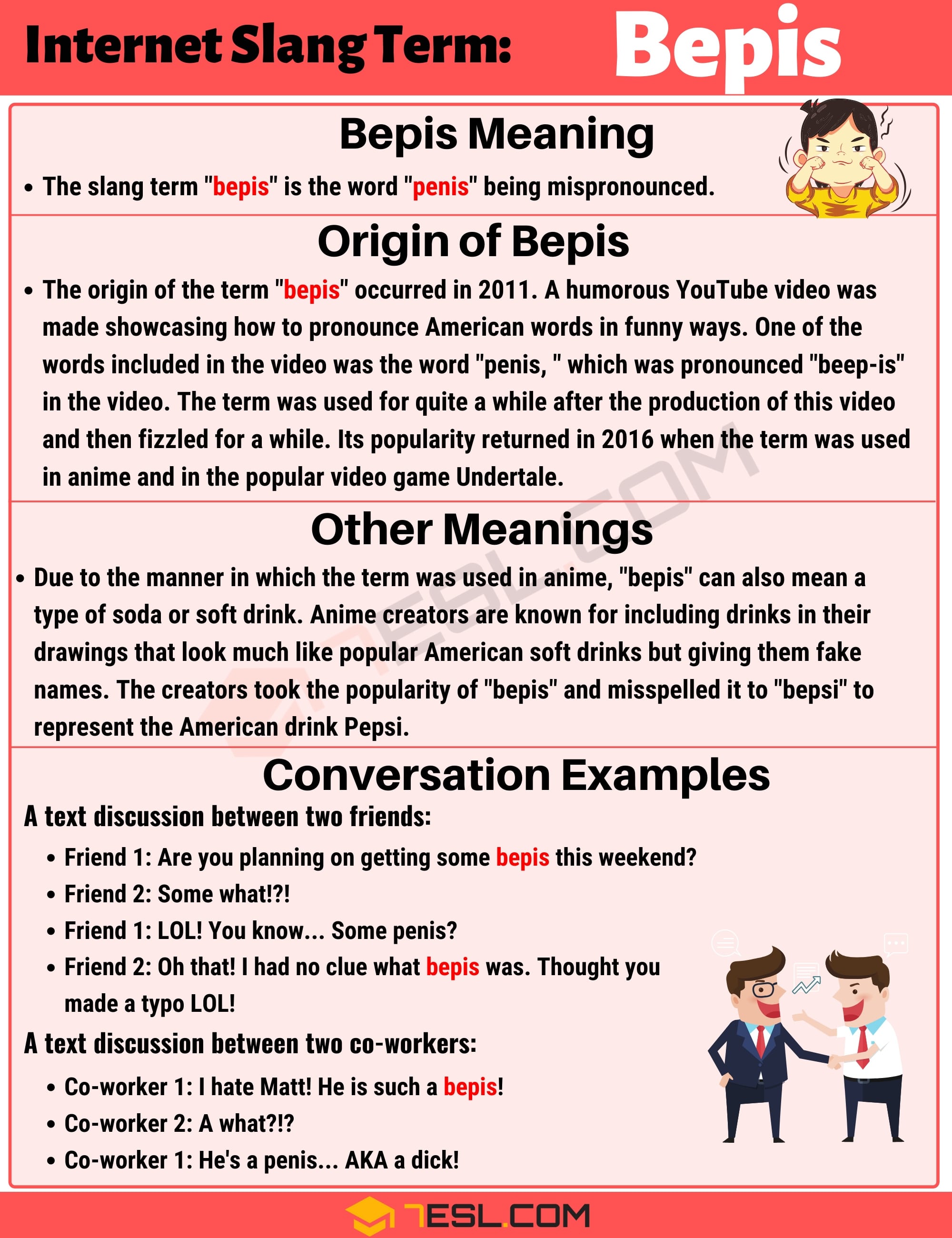 This is a very wrong slang information