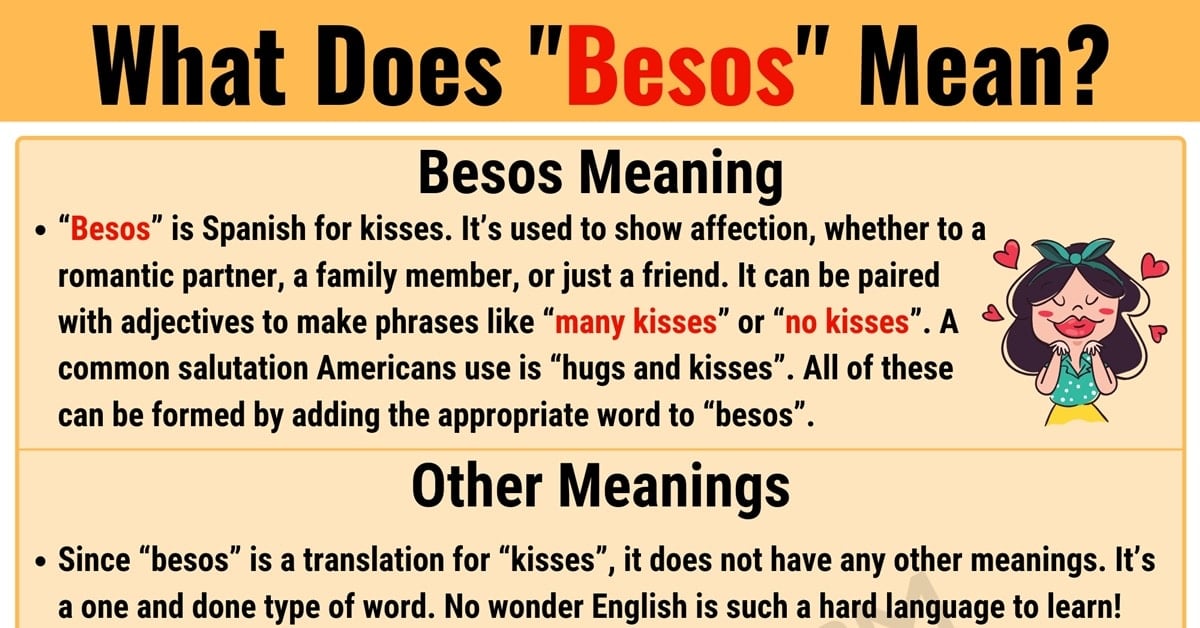 What does Besos mean? Learn the definition, how and when to use this internet slang word with ESL picture and interesting texting conversations in English.

What Does Besos Mean?

Often times, we speak other languages to each other, even if we only know a few phrases. An example is saying “adios” to your friends, even if that’s the only Spanish word you know. “Besos” is another word that you might frequently see people texting each other, whether they primarily speak English or not.  However, since it is of Spanish origin, it is most often used by people who speak Spanish.

“Besos” is Spanish for kisses. It’s used to show affection, whether to a romantic partner, a family member, or just a friend. It can be paired with adjectives to make phrases like “many kisses” or “no kisses”. A common salutation Americans use is “hugs and kisses”. All of these can be formed by adding the appropriate word to “besos”.

Since this online slang term is a translation for “kisses”, it does not have any other meanings. It’s a one and done type of word. No wonder English is such a hard language to learn! It’s normal to see one word have a few different meanings, leaving you to conclude which one is appropriate. It can be so much work!

While there aren’t any other meanings for “besos”, there are quite a few similar slangs. Many of them are a combination of “besos” and an adverb or adjective to make a phrase. But if you’re pressed for time, or just like to be a simple person, “besos” works fine alone. Or you can use an acronym to mean the same thing.

In this example, Lola has wished her boyfriend a good day and added the salutation “abrazos y besos”, which translates to “hugs and kisses”. Phillip responds by saying “thank you baby. I love you”. Lola responds with “YW” which means “you’re welcome”. 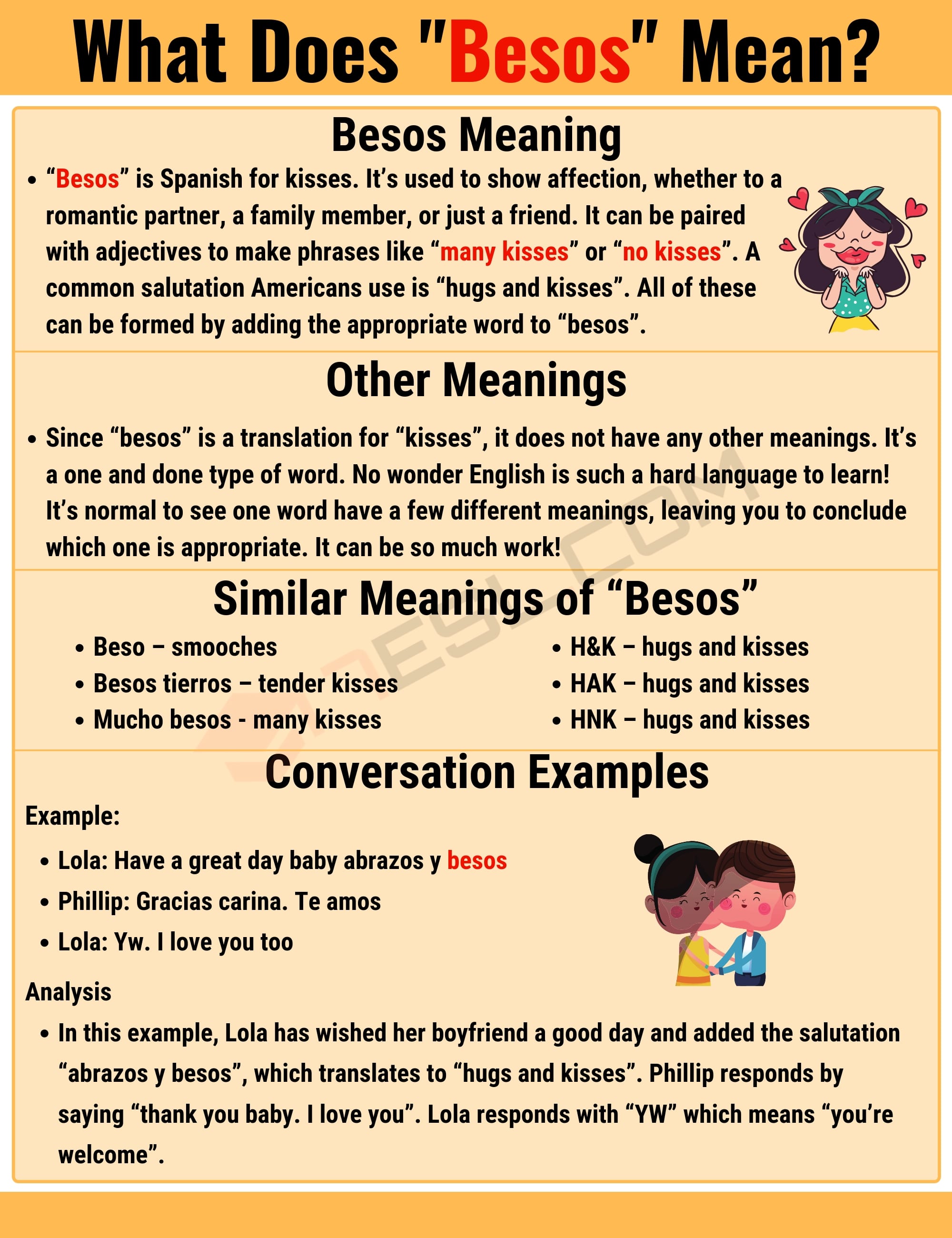