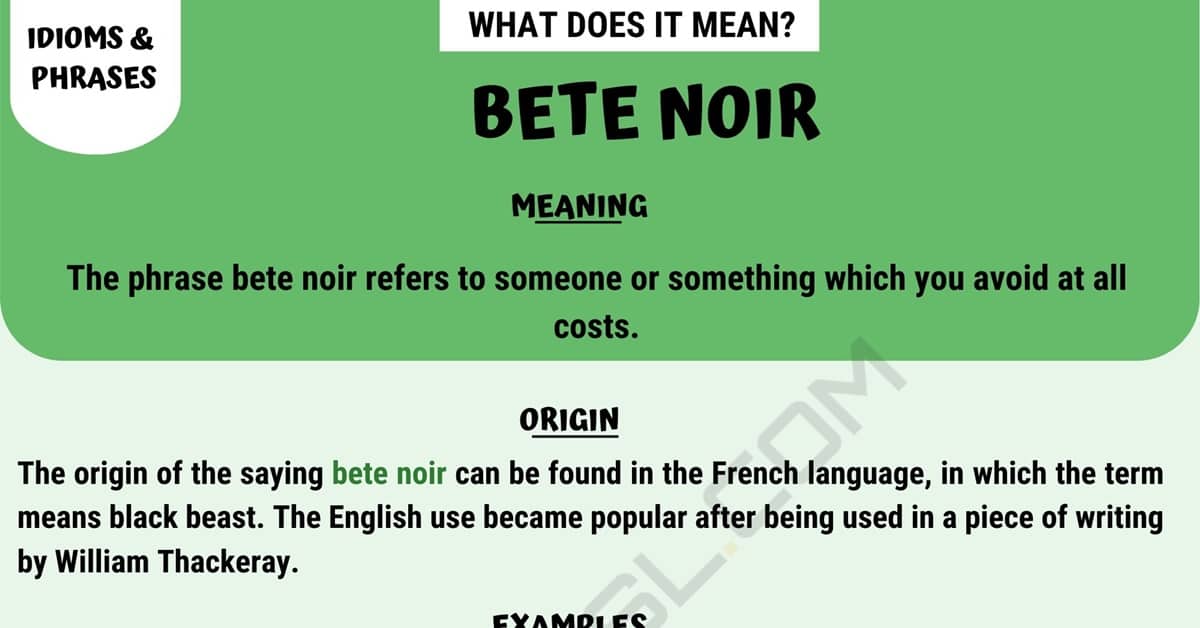 The saying bete noir might be heard frequently during an English conversation but its meaning may not be clear. In this article, we are going to take a look at the meaning of the term bete noir as well as learning how it can work in a conversation. We are also going to find out where the phrase originates from.

The phrase bete noir refers to someone or something which you avoid at all costs.

Origin of this useful idiomatic phrase

The origin of the saying bete noir can be found in the French language, in which the term means black beast. The English use became popular after being used in a piece of writing by William Thackeray.

We are now going to see some examples of how the term bete noir can be used within a sentence.

The first is a statement being made by someone trying to express how much they detest spiders.

The next sentence is one which is being said by a mother about her child.

You are likely to hear the term bete noir being used in day to day conversation and to fully understand its use it is important to look at some examples of this.

The next conversation is happening between two work colleagues.

There are other ways in which you can express the meaning of the term bete noir.

Let’s take a look at how you might do this.

What Does “Bete Noir” Mean? | Picture 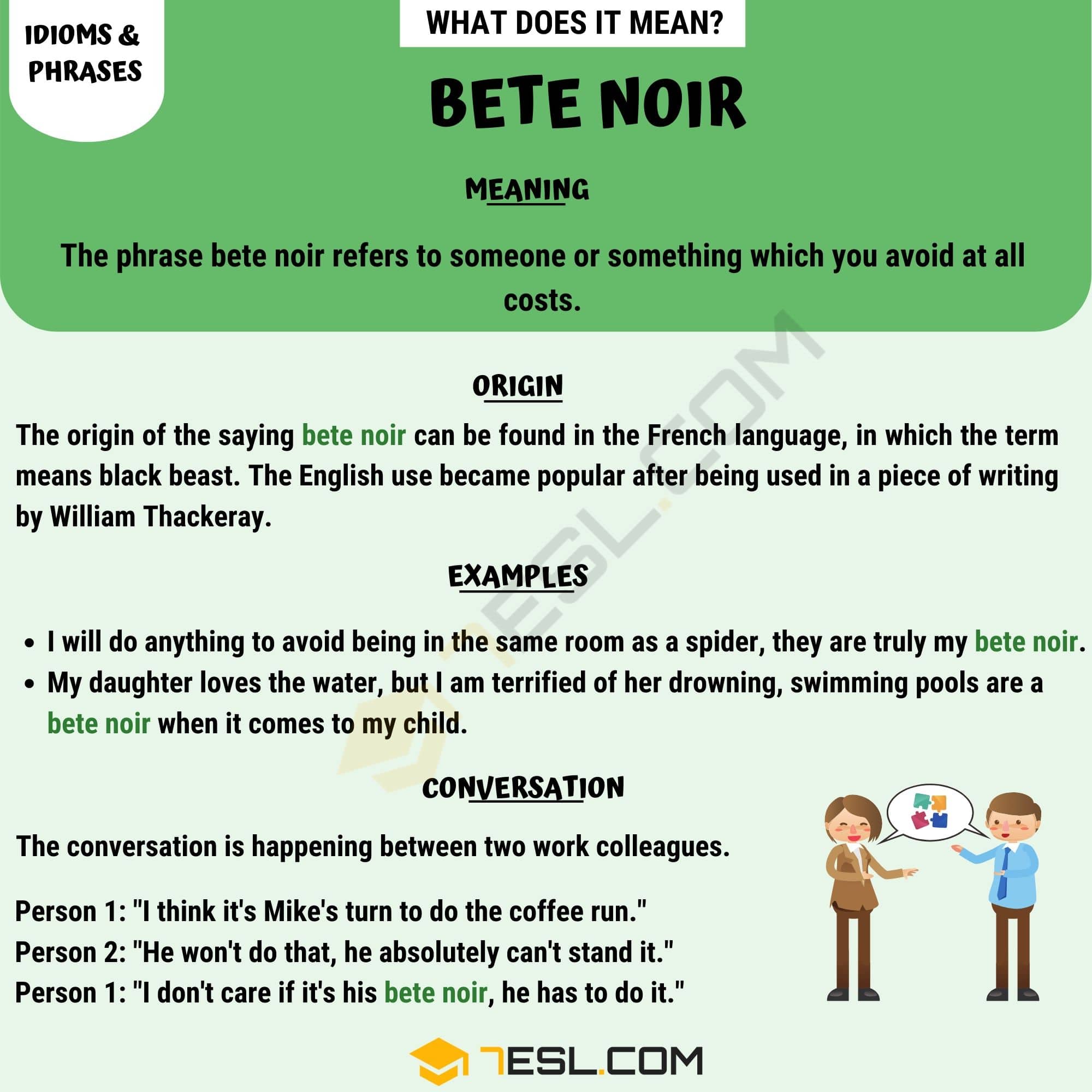