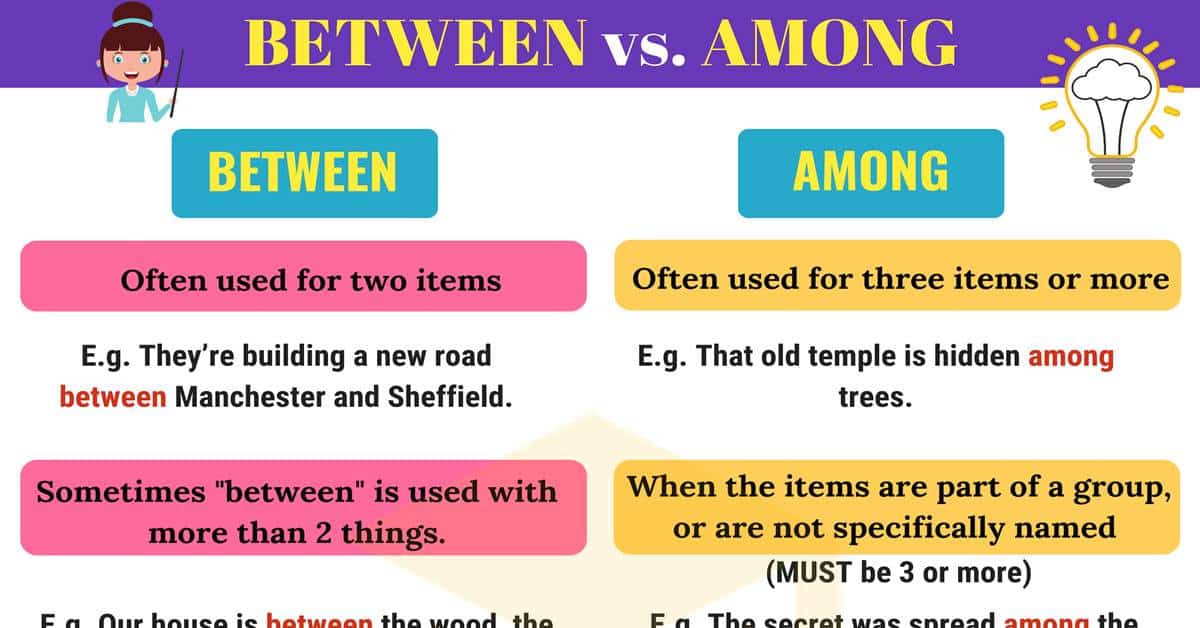 Between and Among are both prepositions.

How to Use Between

Although between is often used between 2 things, it is not always. Sometimes between is used with more than 2 things.

When naming distinct, individual items (can be 2, 3, or more)

Use between to connect times or numbers

How to Use Among

When the items are part of a group, or are not specifically named (MUST be 3 or more)

We often use between and among when we talk about physical location.

Between is used to describe something at specific path or point

Common Words and Phrases Used with Between vs. Among

There is a striking difference between Jane and Mary.

Between you and me

(This expression is used when you want the other person to keep some information a secret.)

Between you and me, I don’t think she has a chance of getting that promotion.

The reward money was to be distributed among the poor.

In the phrases among others and among other things, among means ‘as well as’

They among others, would gather intelligence on enemy strengths and fortifications.

Among other things, the group hopes to put an Internet connection and a printer in every village.

Difference between Between vs. Among | Picture 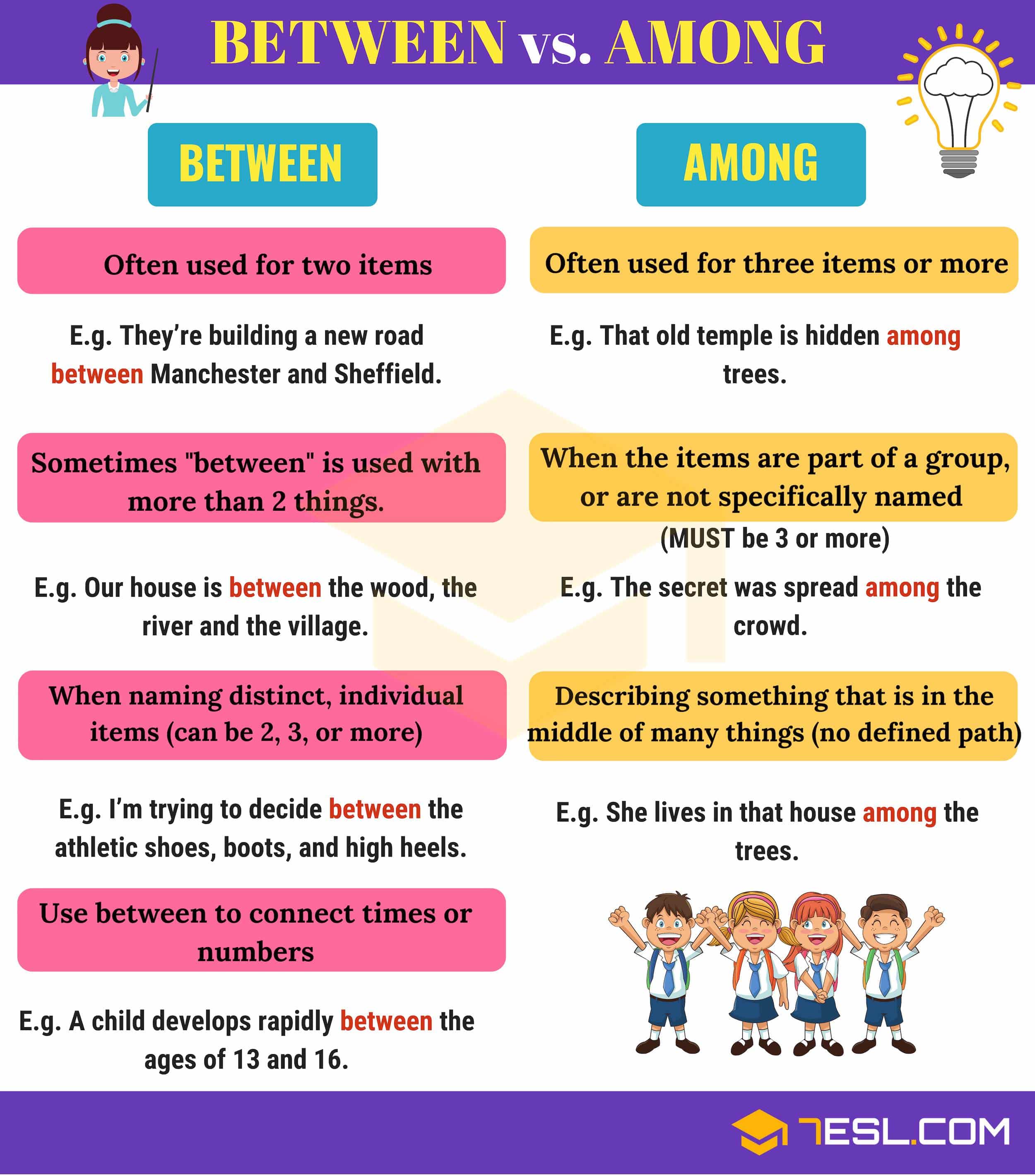 (BETWEEN vs AMONG: Difference between BETWEEN & AMONG)