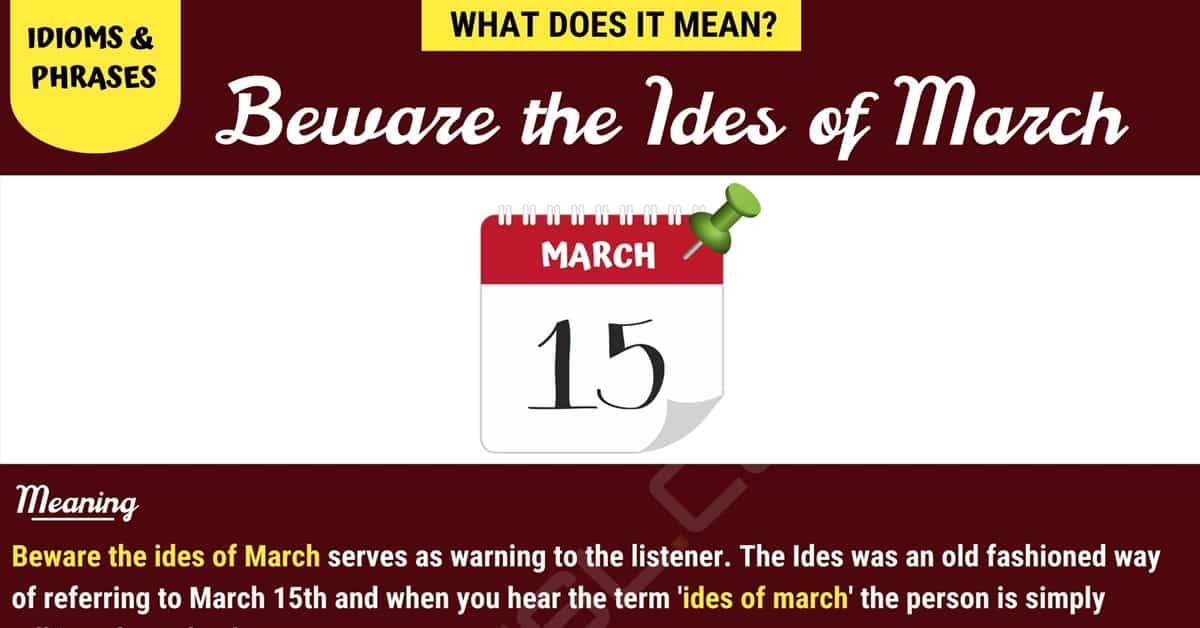 What is ‘Beware the Ides of March’? This unusual saying might be heard during conversation or in written English but what is it’s meaning and where did the saying originate from? Let’s take a look at how this phrase can be used and where it came from in the first place.

Beware the Ides of March

Beware the Ides of March Meaning

Beware the ides of March serves as warning to the listener. The Ides was an old fashioned way of referring to March 15th and when you hear the term ‘ides of march’ the person is simply talking about the date.

This phrase was one which was written by William Shakespeare in his play Julius Caesar, in which a soothsayer used the term to warn Caesar of his assassination which would take place on March 15th.

“Beware the Ides of March” Examples

As we talked about earlier, this helpful idiomatic saying can be used to warn someone about something. It doesn’t necessarily have to be a warning of death but of anything that could have a serious impact on ones life. The term, however is more commonly used without the word beware at the start and can be used just to refer to the date, March 15th.

If you are wondering how the term ‘beware the ides of March’ might be used in conversation, here are some examples of when you might hear it.

There are other, more modern ways to say the phrase ‘beware the ides of March.’ Some of these might be: 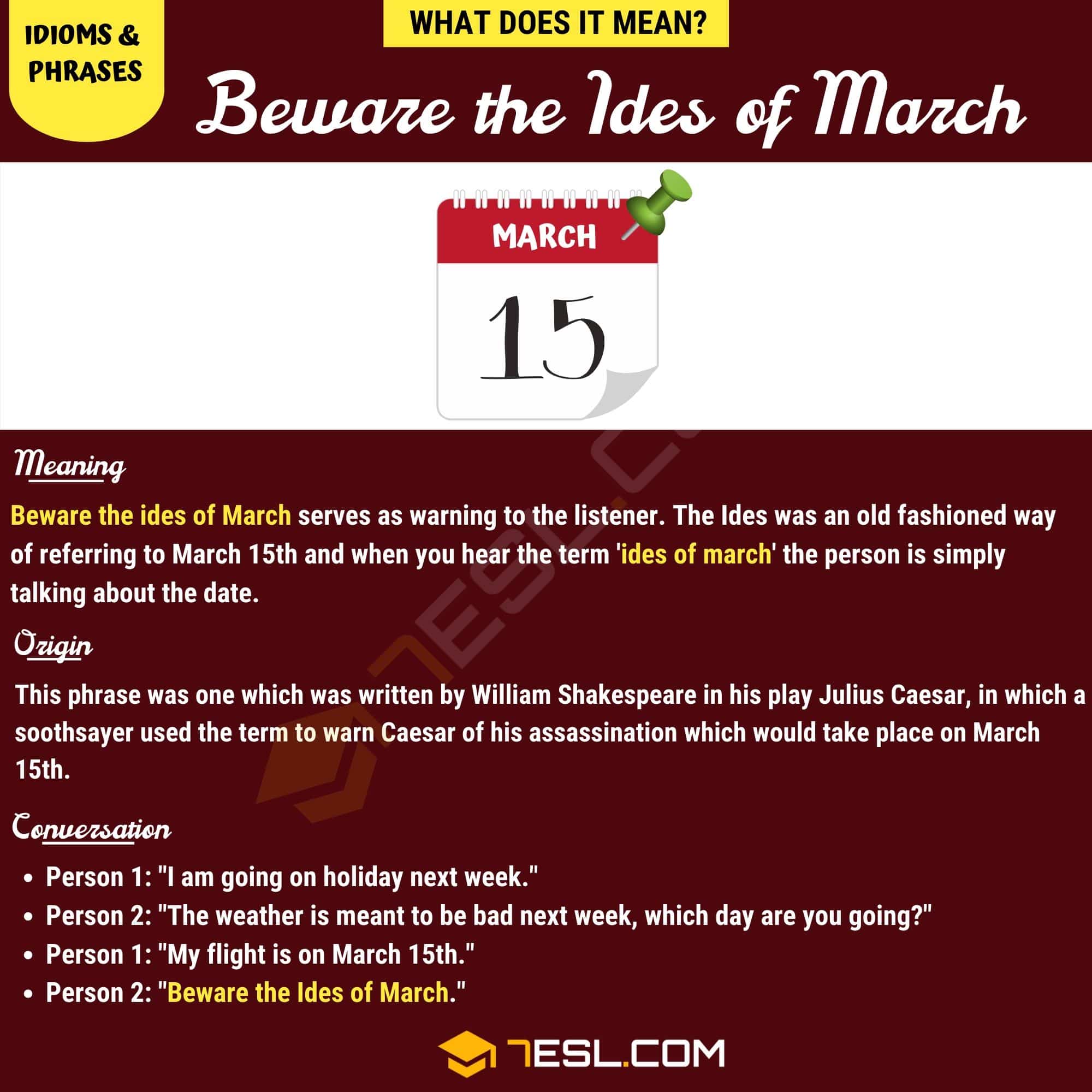