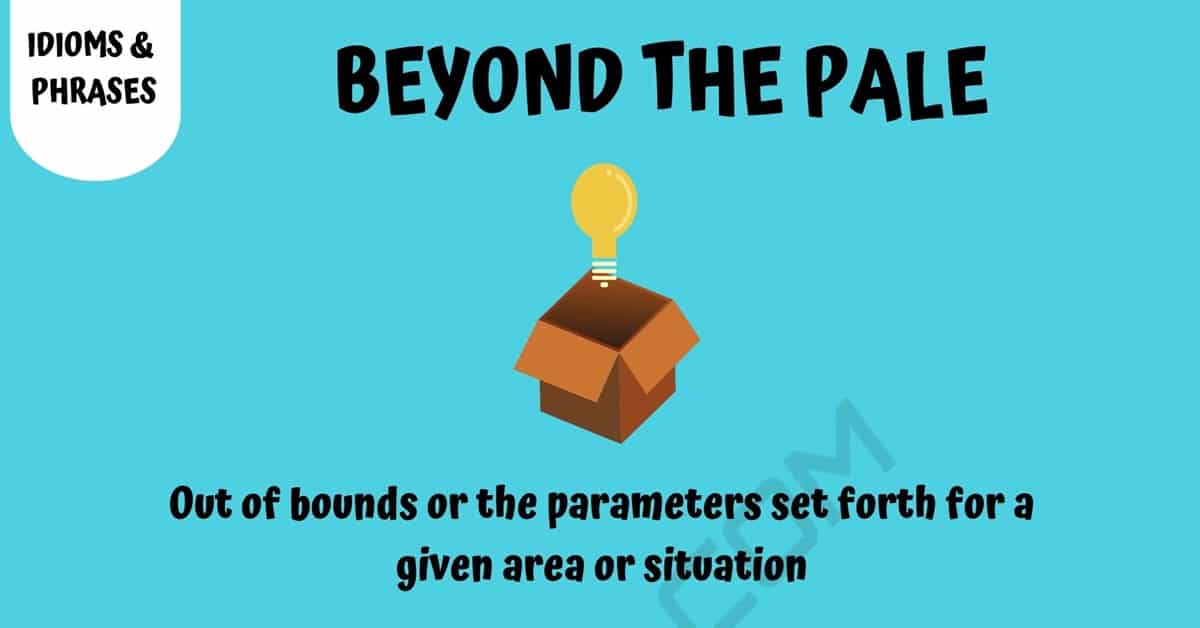 “Beyond the pale” is a common idiomatic phrase used often in everyday conversation. Here you will find the meaning of this phrase and the information behind its origin. You will also find examples of how to properly use this phrase in conversations/statements and other ways to say this phrase in literal terms.

Beyond The Pale Meaning

The idiomatic term “beyond the pale” means out of bounds or the parameters set forth for a given area or situation.

Most people know the definition of the word pale to mean lacking in color, without color or a light shade of color. However, pale also has another meaning that is often not heard today. Pale, as a noun, could also mean a fence or fence line that was meant to be a boundary to keep people out or in. The first use of the idiom “beyond the pale” occurred in 1657 in a poem titled The History of Polindor and Flostella by author John Harrington.

“Beyond The Pale” Examples

A statement made in a newspaper regarding a situation in the city.

A statement made by the coach of a football team after their losing season.

Other Ways to Say “Beyond The Pale”

“Beyond The Pale” synonyms:

Beyond The Pale Meaning | Image 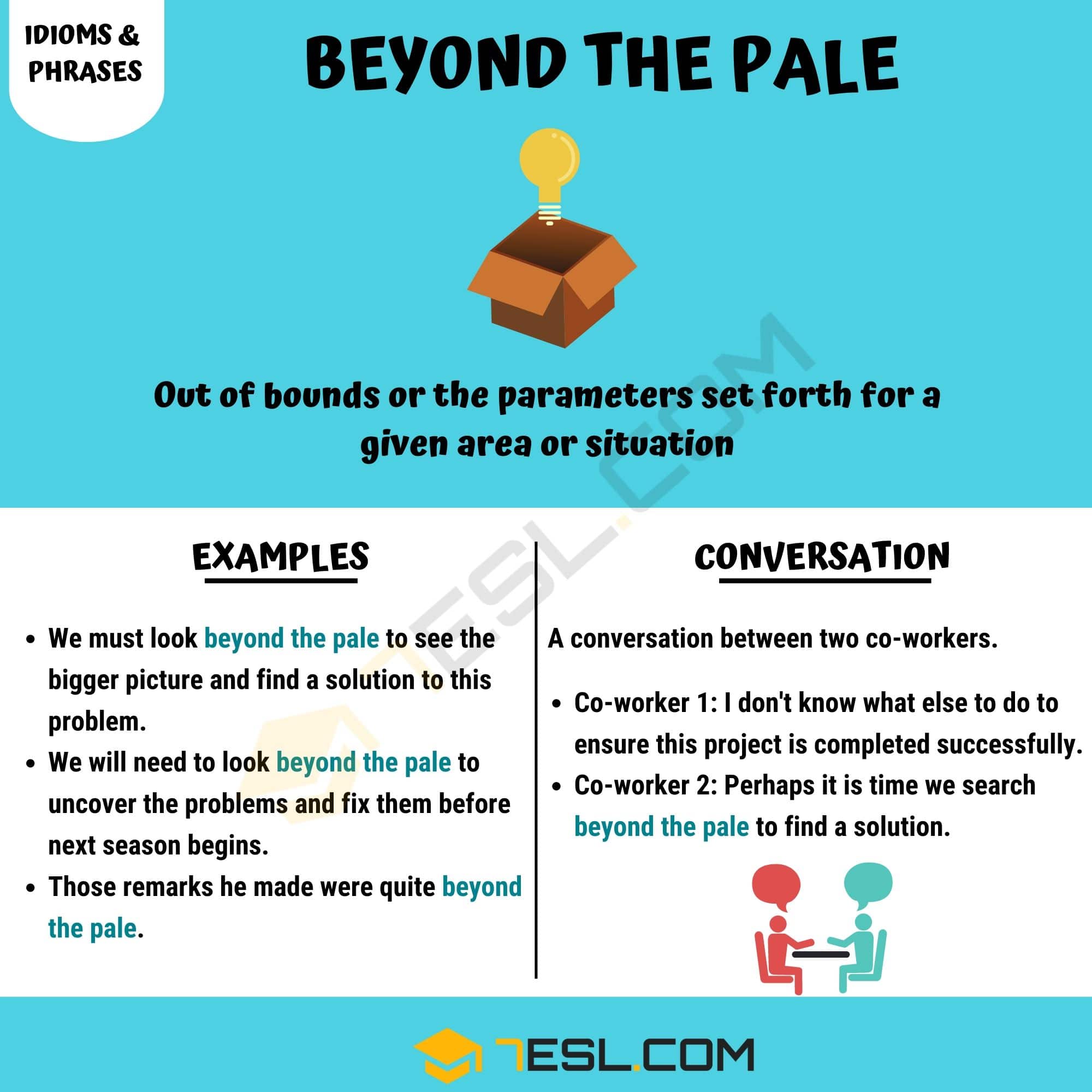