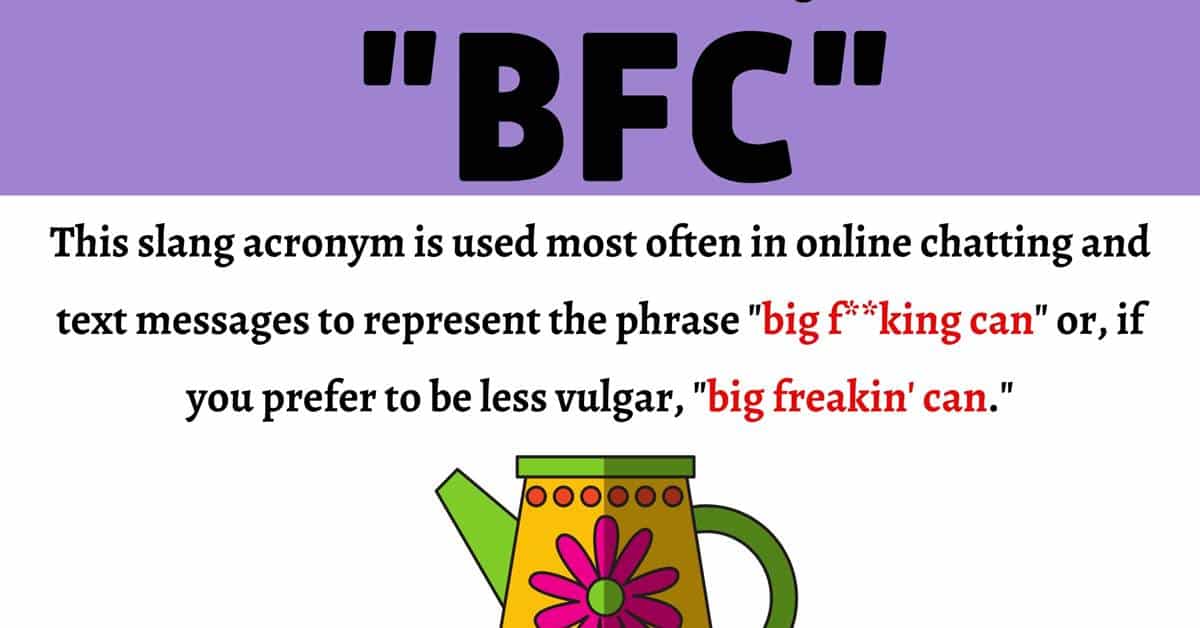 The slang acronym “BFC” is used to represent many different phrases, but you would probably never guess what this acronym typically stands for popularly. Below is the most frequently used representation of the term and its definition. This is followed by some details regarding the origin of the term and some other meanings if there happen to be some. Some example conversations are supplied to you also in the hopes that it will help you to see how the term is used in a direct conversation. Finally, you will learn about some interesting ways you can reword this phrase, yet still, demonstrate the same meaning.

What Does BFC Mean?

This slang acronym is used most often in online chatting and text messages to represent the phrase “big f**king can” or, if you prefer to be less vulgar, “big freakin’ can.” It is used primarily to describe a Monster energy drink that comes in a one liter-sized can for consumption.

The company that manufactures Monster energy debuted the product in the market in April of 2002. The 32 ounce “big freakin’ can” came to market sometime between 2007 and 2009. Monster themselves labeled the can with this acronym to represent the phrase in the meaning above because it was the largest volume of energy drink on the market from any manufacturer. However, there was little demand for the product so the company decided to discontinue its production of this size can just a few short years later.

Like most acronyms used today, this one is also used to represent some other things as well such as other random phrases, technical titles, and more. While this cannot be made an all-inclusive list of every possibility, some of the other things that this acronym is used to represent are “British Fashion Council,” “Bicycle Friendly Community,” “Bowling For Comlubine,” “Betty Ford Center,” and “Backup Flight Control.”

There are a few other ways that you could use to say this same thing without changing its meaning. Some of the other things you could say instead include: 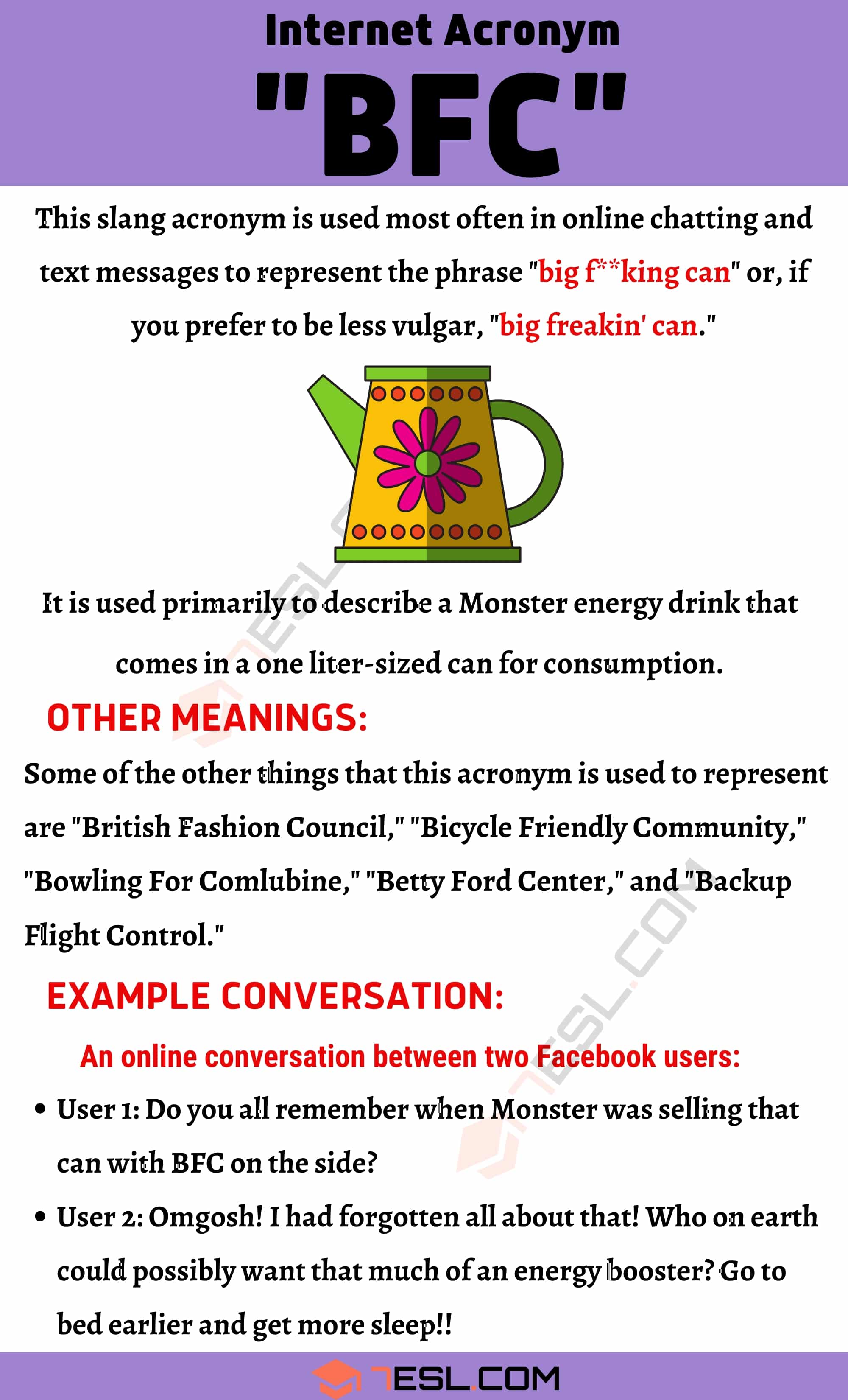