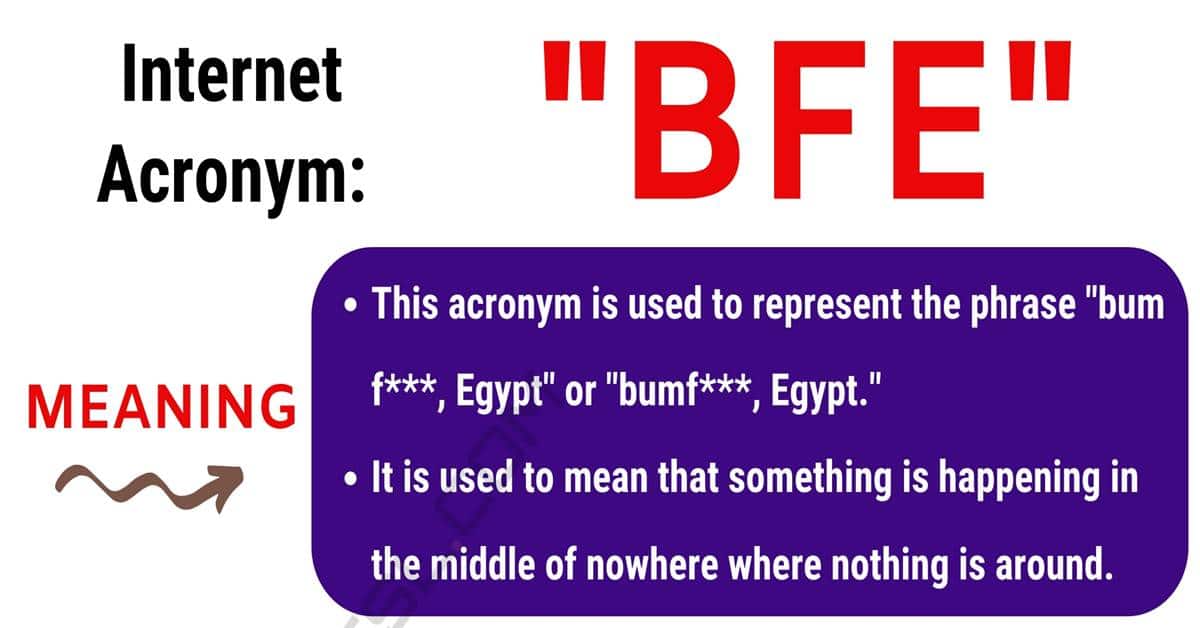 What does the texting abbreviation “BFE” mean? Electronic communication, in all its forms, has become an important part of nearly everyone’s daily life. Accompanying this form of communication, there has been the invention of new slang, acronyms, and abbreviations. One of the new acronyms being used today in electronic communication is “bfe.” Here you will find the meaning of this term and the information available regarding its origin. You will also find other meanings of the word if any exist and examples of the term used properly in conversation. Finally, you will see suggestions of other terms you can use to convey the same meaning.

What Does BFE Mean?

This acronym is used to represent the phrase “bum f***, Egypt” or “bumf***, Egypt.” It is used to mean that something is happening in the middle of nowhere where nothing is around.

The slang term Bumf***, Egypt was used in regular communication first in 1972 by the military. The acronym used today has been in existence since at least 1988 and most guess that it has been used for longer than that. However, 1988 is the first documented usage that can be traced. Some people say “bfa” instead, replacing Egypt with Africa and still, some others shorten the expression to just “bf” to mean “bumf***” or “bumblef***.” Regardless of the way it is used, the meaning is still the same in all instances to mean the middle of nowhere.

There are some other meanings listed for this acronym. Some other things this acronym can represent are best friend ever, boyfriend experience, big freaking emergency and booze, food, and entertainment. Some other companies and businesses are also represented with the acronym “BFE.” Despite these alternative meanings, the most widely accepted meaning of the acronym is the one stated above.

A text exchange between two friends talking about a party.

An exchange between two players during an online game.

Other Ways to Say “BFE”

Some of the things you could say instead of using the acronym “bfe” include: 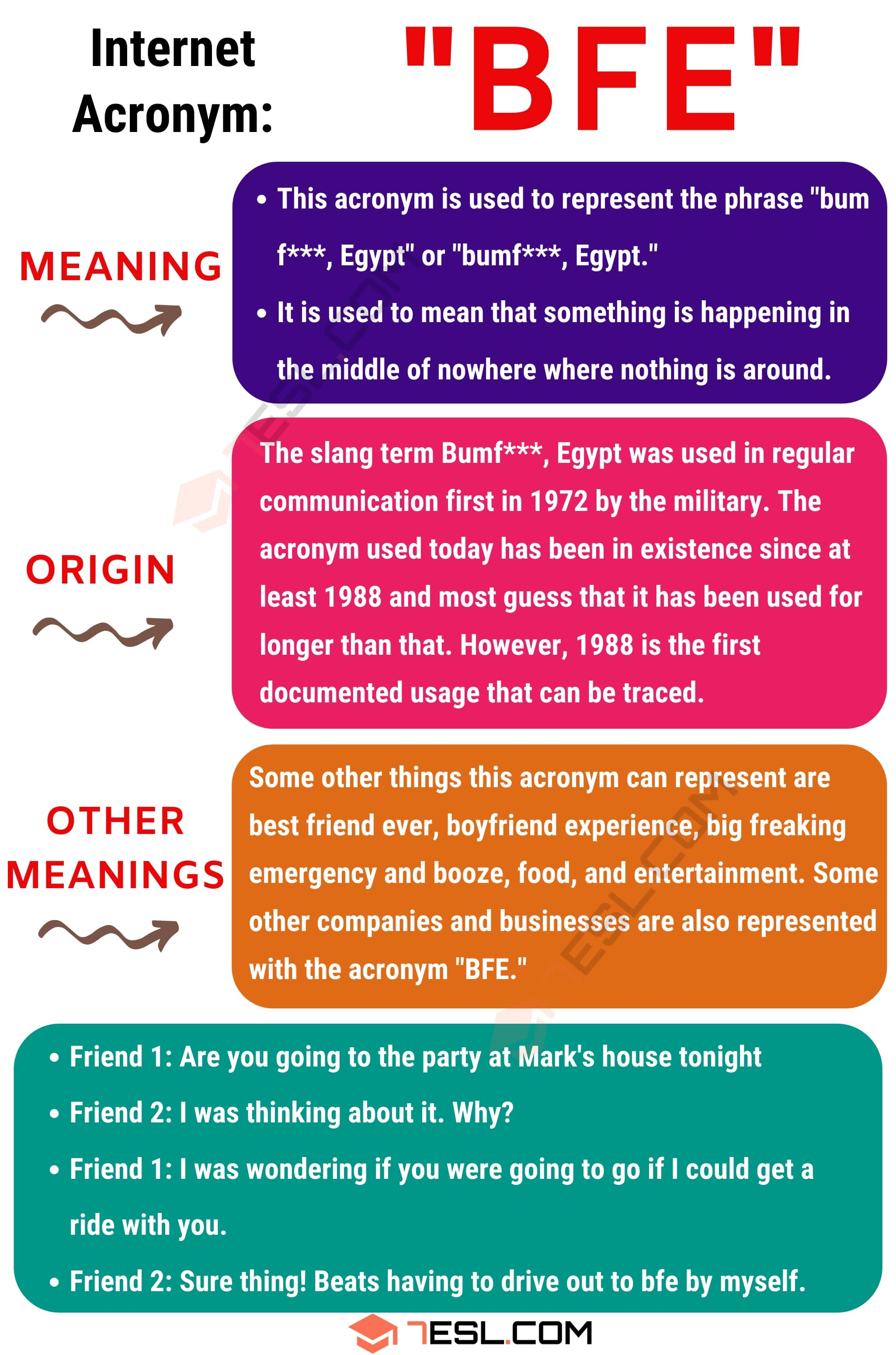