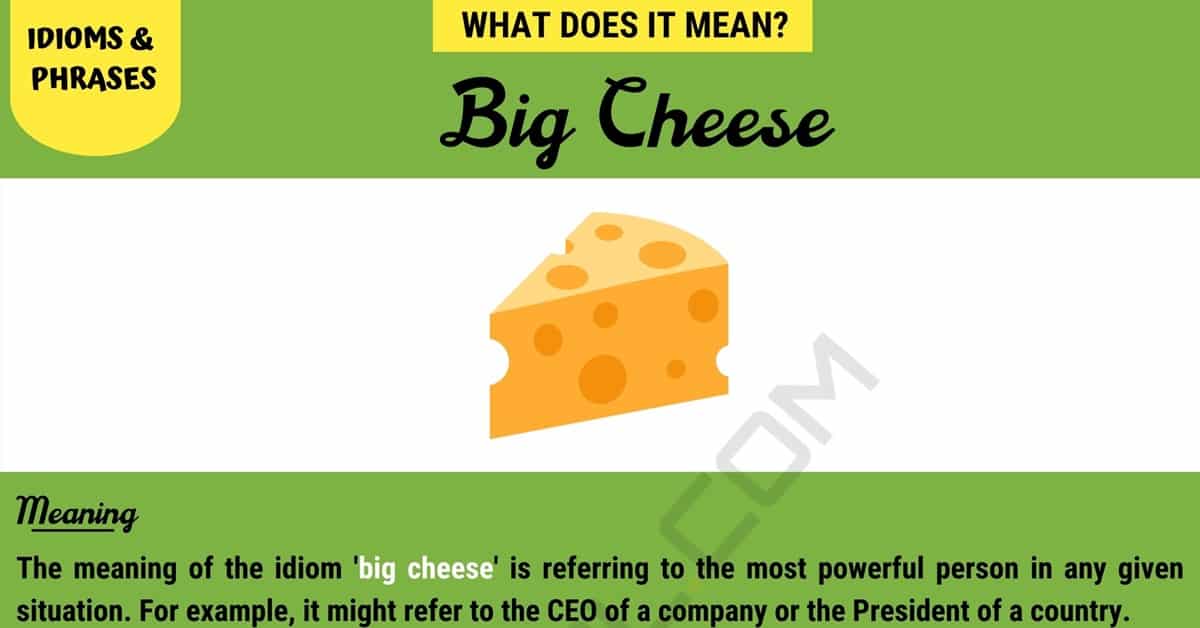 What is the meaning of ‘Big Cheese’? When you hear this phrase, you might initially think of the dairy food but that it not what this term is talking about. Now we are going to have a look at what this phrase means and where it came from, along with how to use it in conversation.

The meaning of the idiom ‘big cheese’ is referring to the most powerful person in any given situation. For example, it might refer to the CEO of a company or the President of a country.

This saying was originally used around the year 1890 in the United States but it actually comes from the British word, Cheese which meant something that is the best. However, this term could then have come from the Persian word for thing, which is Ciz (pronounced chiz) and put together with the word big, meant a big thing.

You would often hear this phrase being used in a professional situation or in the workplace when talking about the manager or the boss of the company you are working for. You might also use it when talking about a leader of a country or organization. You might hear it used loosely in a religious context, for example, ‘Jesus Christ is the big cheese when it comes to Christianity.’

Here are some examples of conversations in which you might hear or use the phrase ‘big cheese.’

There are other words you might use to refer to someone as the big cheese. Some of these examples could be as follows.

What Does “Big Cheese” Mean? | Image 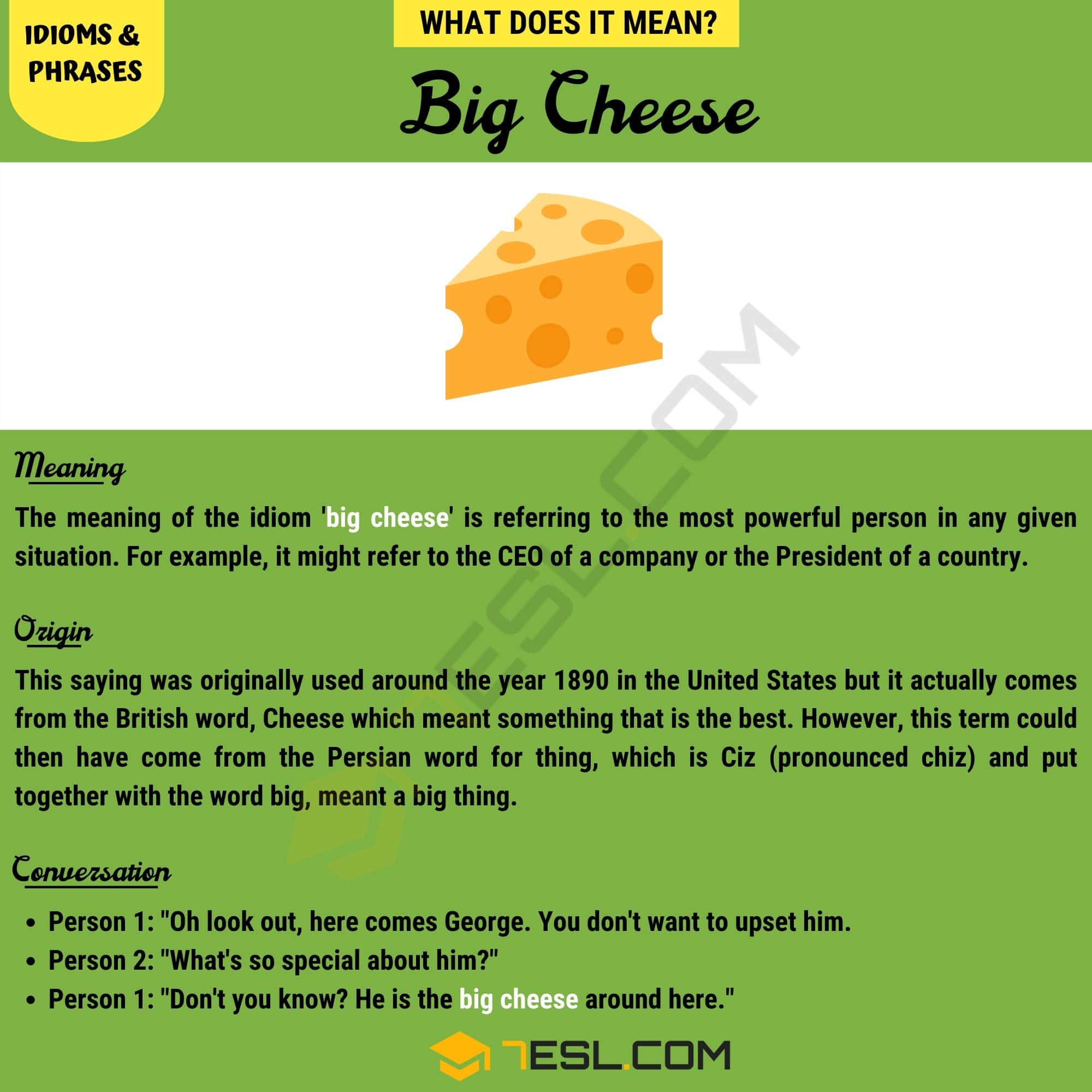