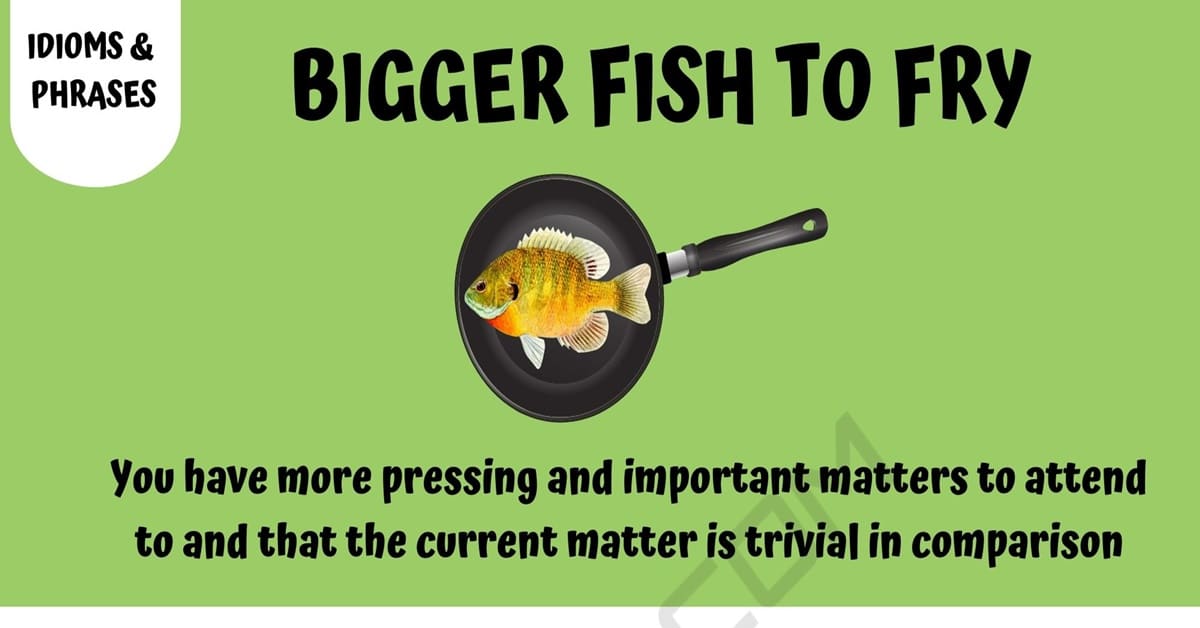 The idiomatic phrase “bigger fish to fry” is can be heard and seen quite often in everyday conversation and writing. Here you will find the meaning of this popular phrase and information about the phrase’s origin. You will also find examples of how to properly use this phrase in conversations/statements and find some suggestions on how you can say this phrase in other words and convey the same meaning.

The idiomatic expression “bigger fish to fry” means that you have more pressing and important matters to attend to and that the current matter is trivial in comparison.

This phrase first appeared in writing over 400 years ago. However, the phrase is believed to have been in usage long before that since other languages have variations of the phrase that fit their own cultures but mean the same thing. It is believed by most that the phrase first appeared in the Spanish story of Don Quixote. Since this book is one of the oldest books known to man, it is valid proof that this phrase has been used much longer than the 400 years it has existed as part of the English language.

A statement made to an entertainment magazine by a celebrity.

A conversation between two lawyers.

Other Ways to Say “Bigger Fish To Fry” 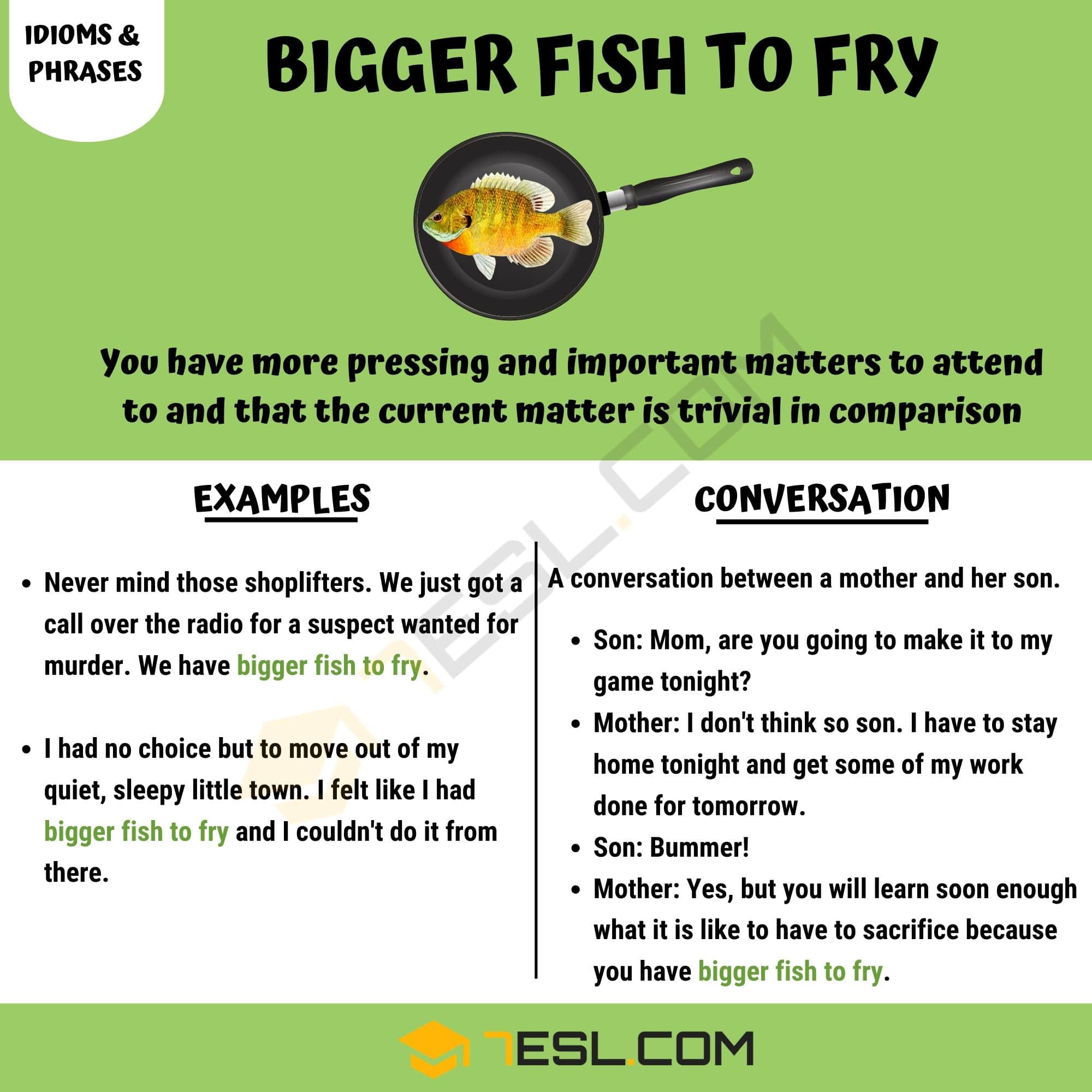