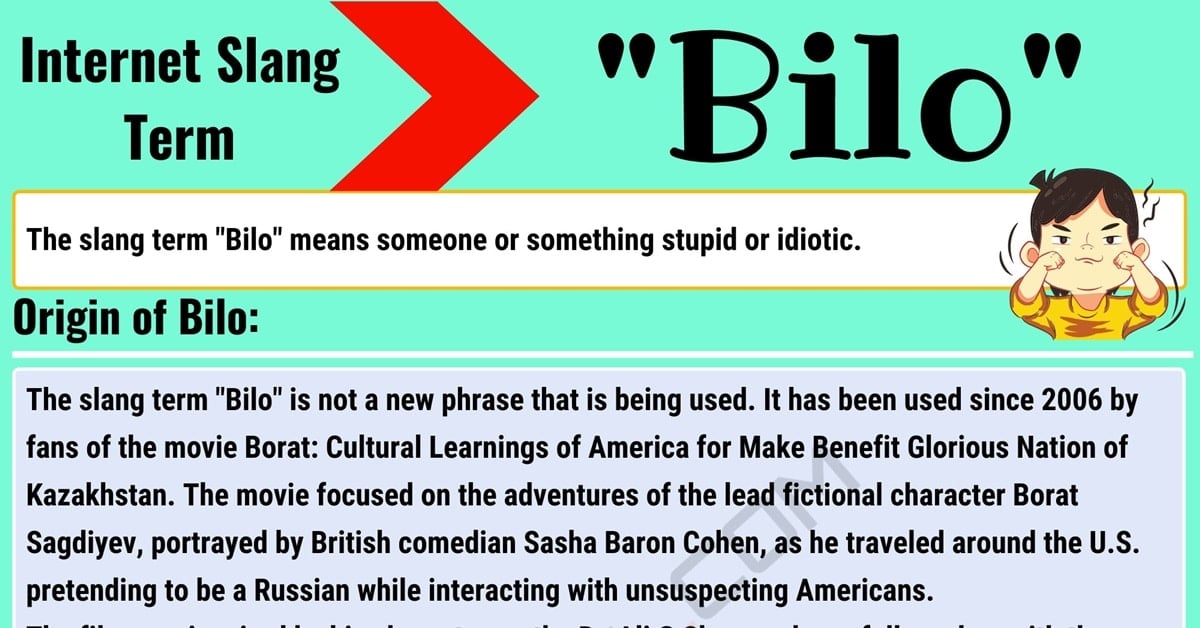 The slang term “Bilo” may be used commonly by many people who happen to be fans of one particular movie character. If you have experienced a run-in with this term and find yourself wondering what it could mean, then you have come to the right place. Here you will find the meaning of this slang term, the story behind its origin, and some other meanings if there are any that exist. This will be followed up with some example sentences so you can see the term used in context for better understanding and some alternative words and phrases you can use in place of this slang term to convey the same meaning.

What Does Bilo Mean?

The slang term “Bilo” means someone or something stupid or idiotic.

The slang term “Bilo” is not a new phrase that is being used. It has been used since 2006 by fans of the movie Borat: Cultural Learnings of America for Make Benefit Glorious Nation of Kazakhstan. The movie focused on the adventures of the lead fictional character Borat Sagdiyev, portrayed by British comedian Sasha Baron Cohen, as he traveled around the U.S. pretending to be a Russian while interacting with unsuspecting Americans.

The film was inspired by his character on the Da Ali G Show and was followed up with three additional movies due to its success. During this time the audience learns that Borat has a brother named Bilo who he describes as being stupid and retarded. Since then, the phrase has been used to describe other people whose actions can be described as stupid and idiotic.

There are many words that you can replace the slang term “bilo” within conversation and relay the same meaning. Some of the words or phrases you can use include: 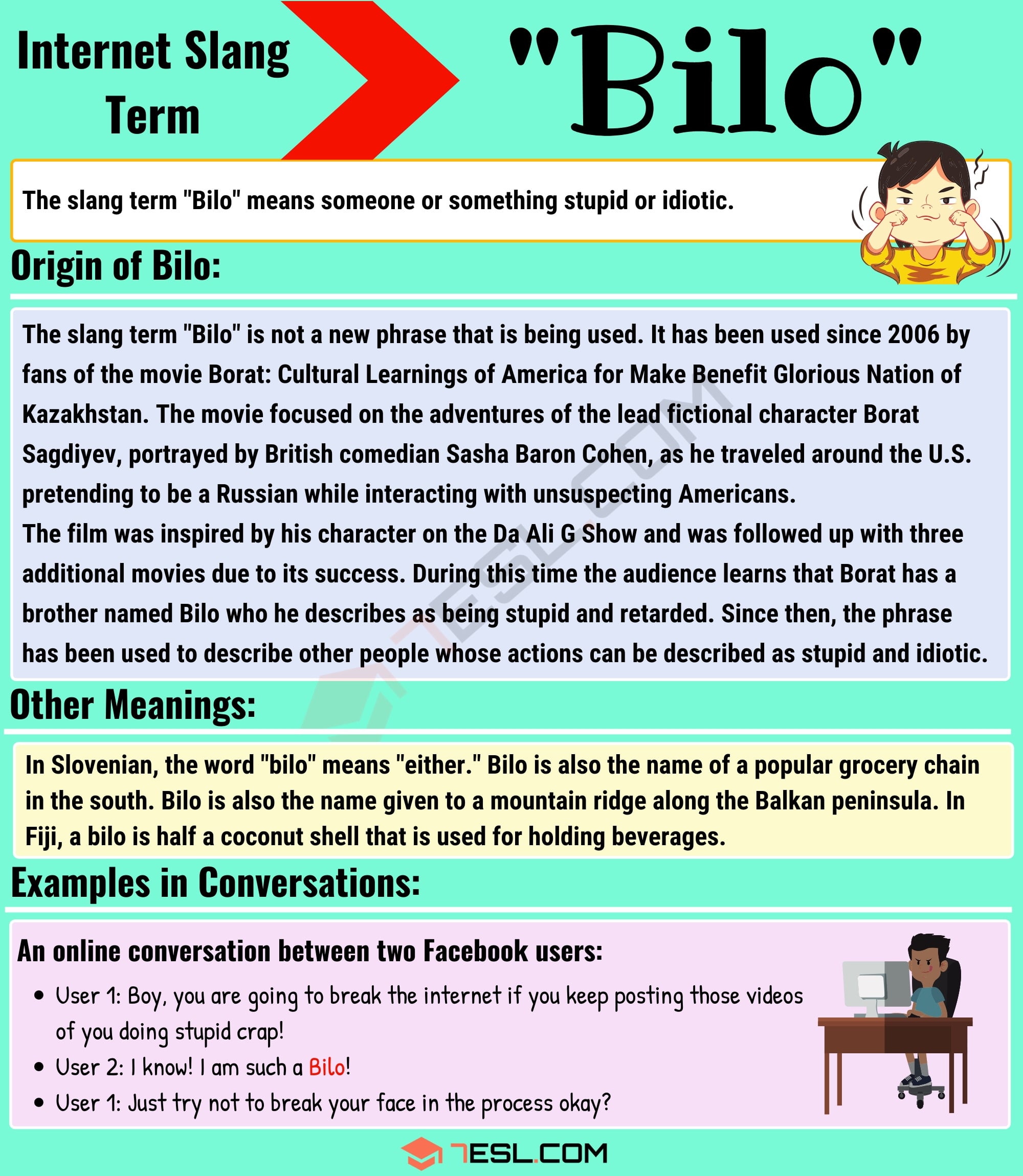