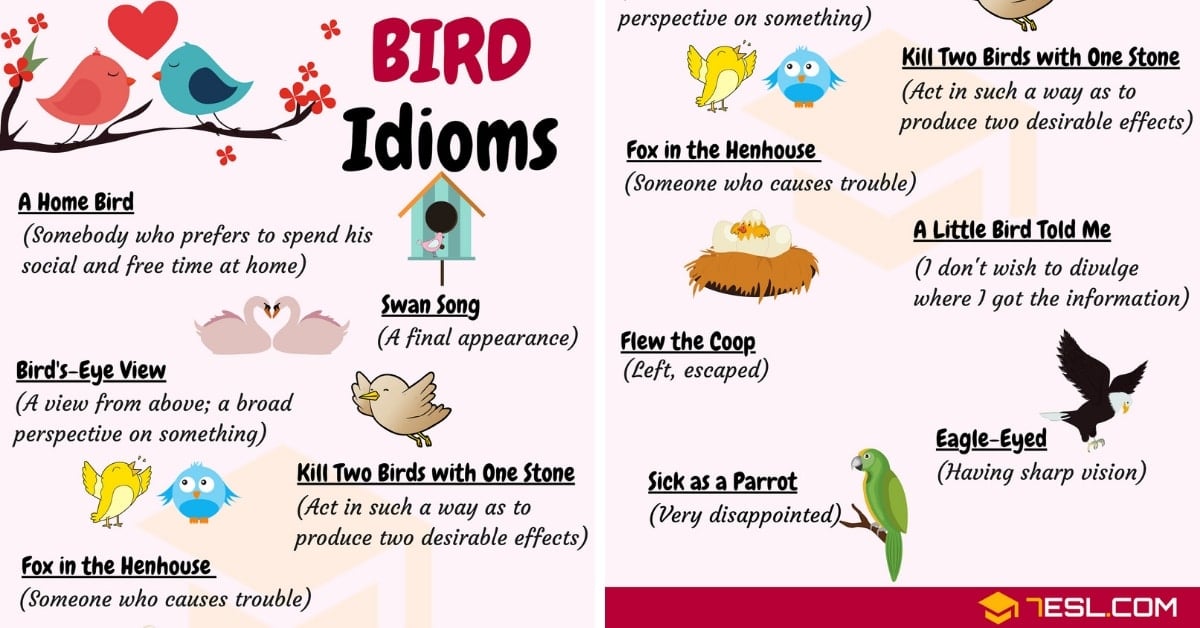 Bird Idioms and Expressions! Here is the list of commonly used BIRD Idioms in English with meaning, ESL printable worksheet and example sentences.

List of 27 commonly used insect and bird idioms and phrases in English.

List of insect and bird idioms in English with meaning and example sentences.

(Bird in a) Gilded (Golden) Cage

Note: This is from an old American popular song, Bird in a Gilded Cage.

A Little Bird Told Me

Birds of A Feather

Note: This is often used in the expression birds of a feather flock together.

Kill Two Birds with One Stone

Fox In The Henhouse (Chicken house)

Get One’s Ducks in a Row

Note: This is old-fashioned. (bird idioms)

Note: This comes from the (probably mistaken) belief that swans sing before dying.

He Would Put Legs Under A Chicken

Sick As A Parrot

Note: This expression is British.

To Have Butterflies In Your Stomach 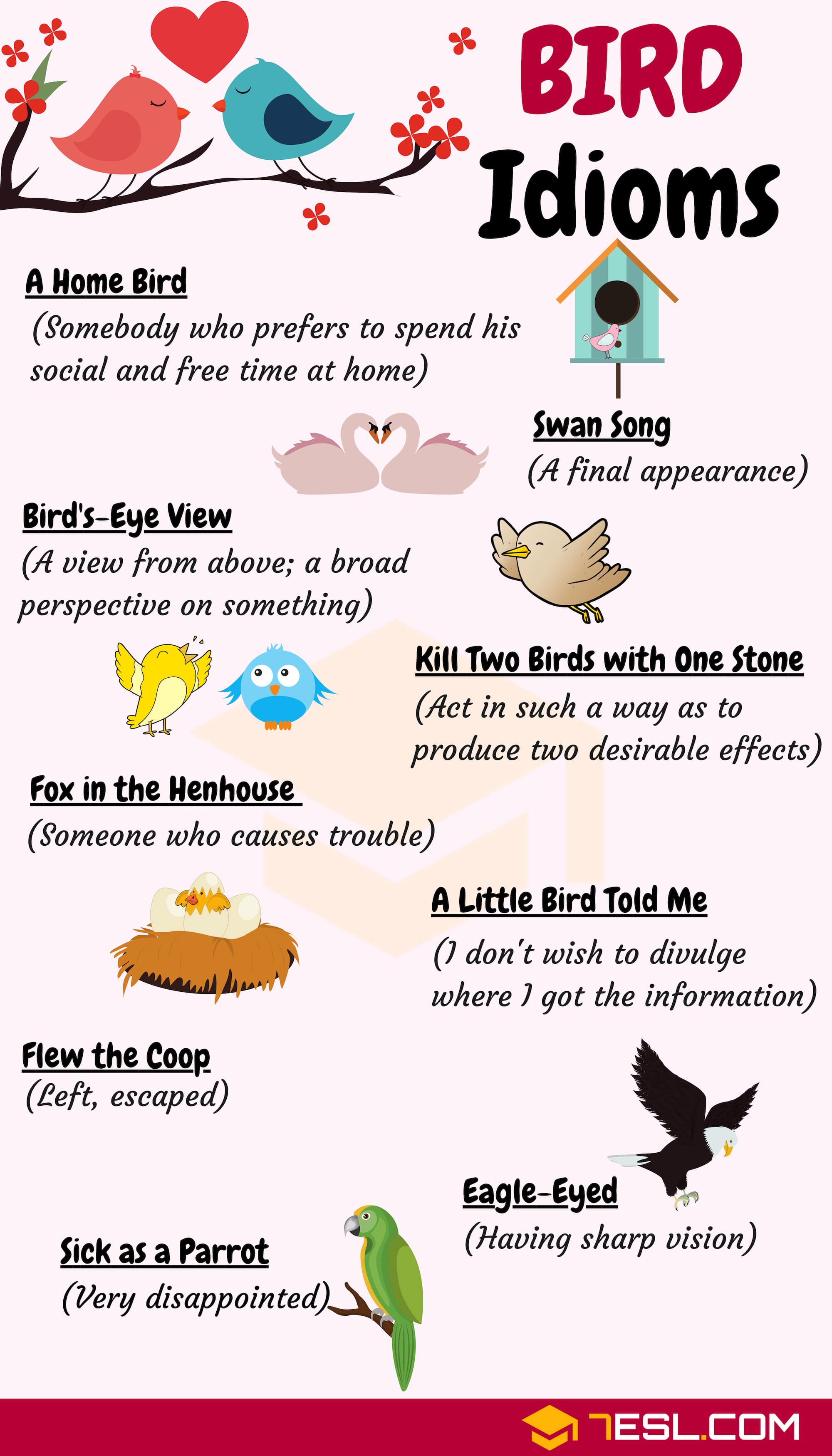 List of common animal idioms in English with meaning and examples.

As the crow flies??

“As crazy as an old coot” is conspicuously absent and worthy of inclusion, IMHO.

this is the best website I’ve ever seen as a teacher!