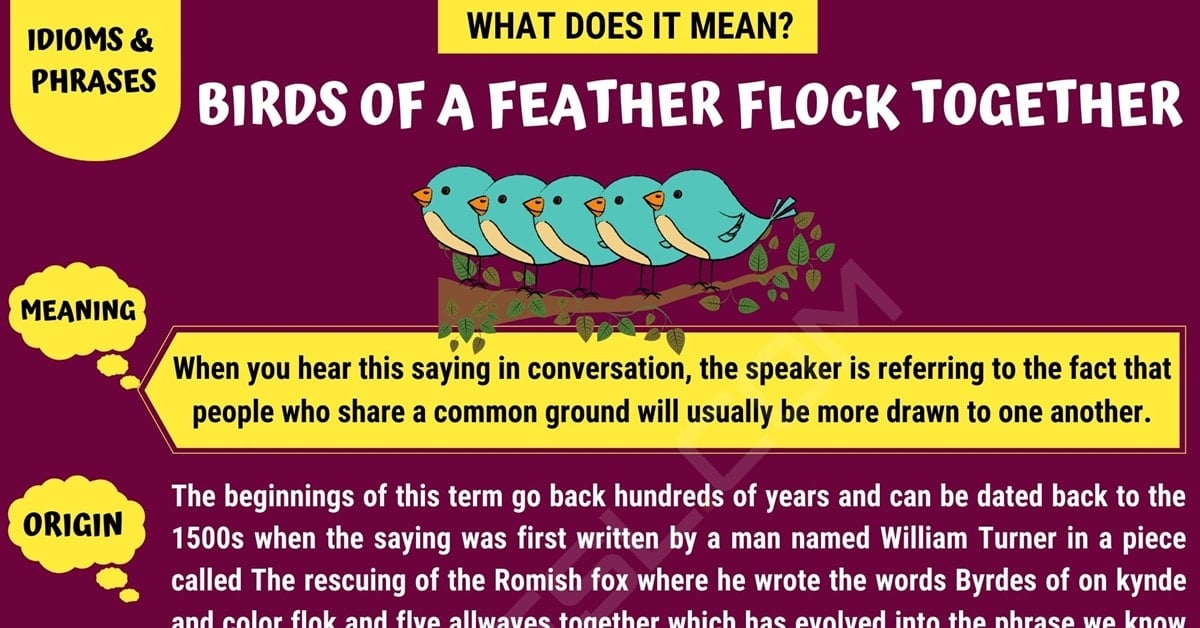 If you have ever heard the saying ‘birds of a feather flock together’ you may have asked yourself what it means or perhaps where it has come from. We are going to look at the origins of this phrase and how we can use it in our daily conversations.

Birds Of A Feather Flock Together

Birds Of A Feather Flock Together Meaning

When you hear this saying in conversation, the speaker is referring to the fact that people who share a common ground will usually be more drawn to one another. For example, people who have a hobby that they share, or who come from a similar cultural background will be more likely to interact with one another.

The beginnings of this term go back hundreds of years and can be dated back to the 1500s when the saying was first written by a man named William Turner in a piece called The rescuing of the Romish fox where he wrote the words Byrdes of on kynde and color flok and flye allwayes together which has evolved into the phrase we know today.

“Birds Of A Feather Flock Together” Examples

You could use this phrase when talking about a group of people who always can be found together, the term is especially apt when those people share some sort of common ground. You might say something along the lines of: ‘Barry and Iris are always together, they both love horse racing, it just shows that birds of a feather flock together.’

You might hear this term used in many conversations, some of those conversations might be similar to the following examples.

There is more than one way to express the meaning of the phrase ‘birds of a feather flock together.’ Some of those could be;

Birds of A Feather Flock Together | Picture 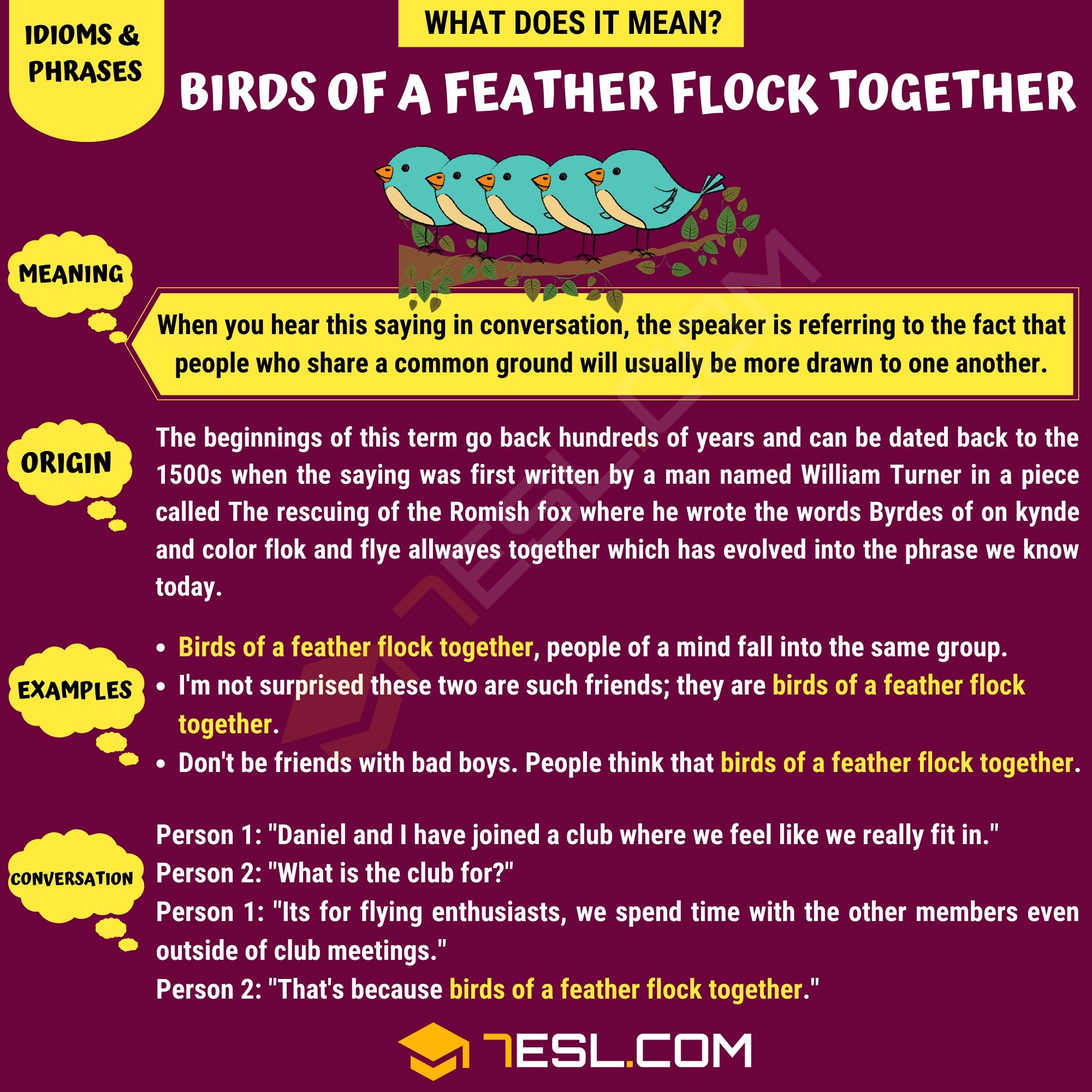