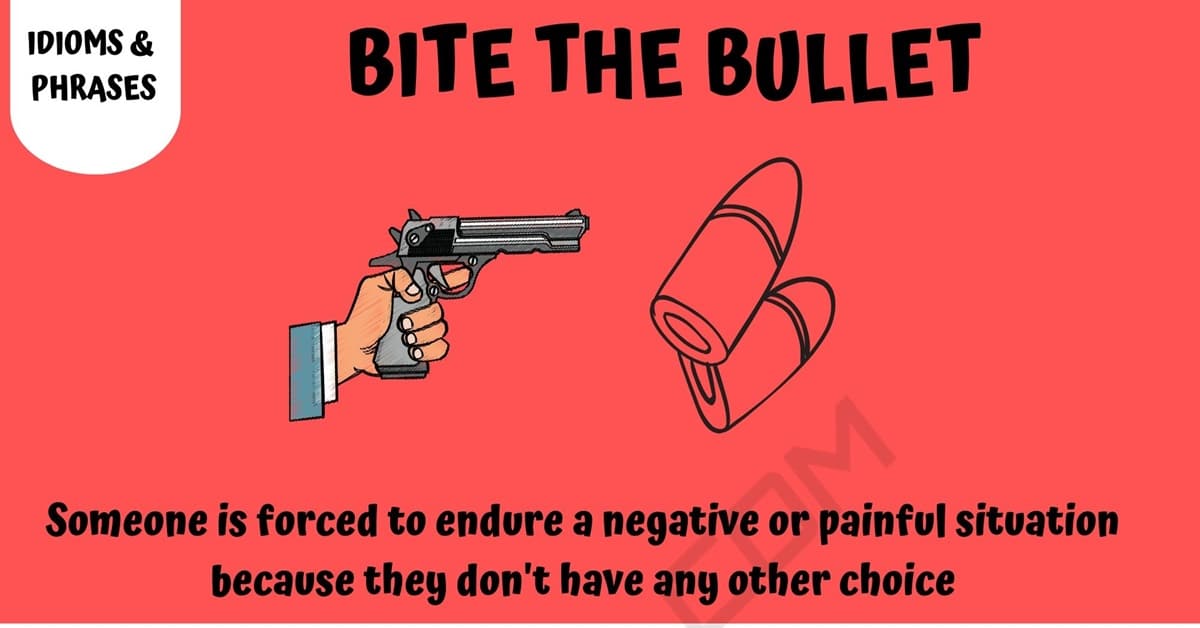 The idiomatic phrase “bite the bullet” may be a phrase that you encounter frequently in everyday informal conversation and writing. Here you will find the meaning of this phrase and the information regarding its origin. You will also see some examples of how to properly use this phrase in conversations/statements and discover alternative ways to say the same phrase while still conveying the same meaning.

The idiomatic phrase “bite the bullet” means that someone is forced to endure a negative or painful situation because they don’t have any other choice.

Origin of this the idiom

There are several possible origins suggested for the phrase “bite the bullet.” The first suggestion was implied by a movie of the same name. In the movie, bullet casings were used to cap teeth when they were rotted or decayed, so whenever someone chewed with one in their movie they were said to be biting the bullet. The second suggestion is taken from a medical practice that existed long before the movie.

Many think the term was derived from the practice of people biting on a bullet during surgery to deal with pain. However, there is very little evidence to prove that this was practiced. Most evidence suggests that people bit on a leather strap during surgical procedures, not bullets. Regardless, the phrase first appeared in writing in the novel The Light That Failed written by author Rudyard Kipling in 1891.

A statement made by someone that was suspected of a crime and was proven innocent.

A conversation between two co-workers in the office

Other Ways to Say “Bite The Bullet”

Like all idioms, the phrase “bite the bullet” can be said in several alternative ways. Some other ways you can say this phrase and convey the same meaning include: 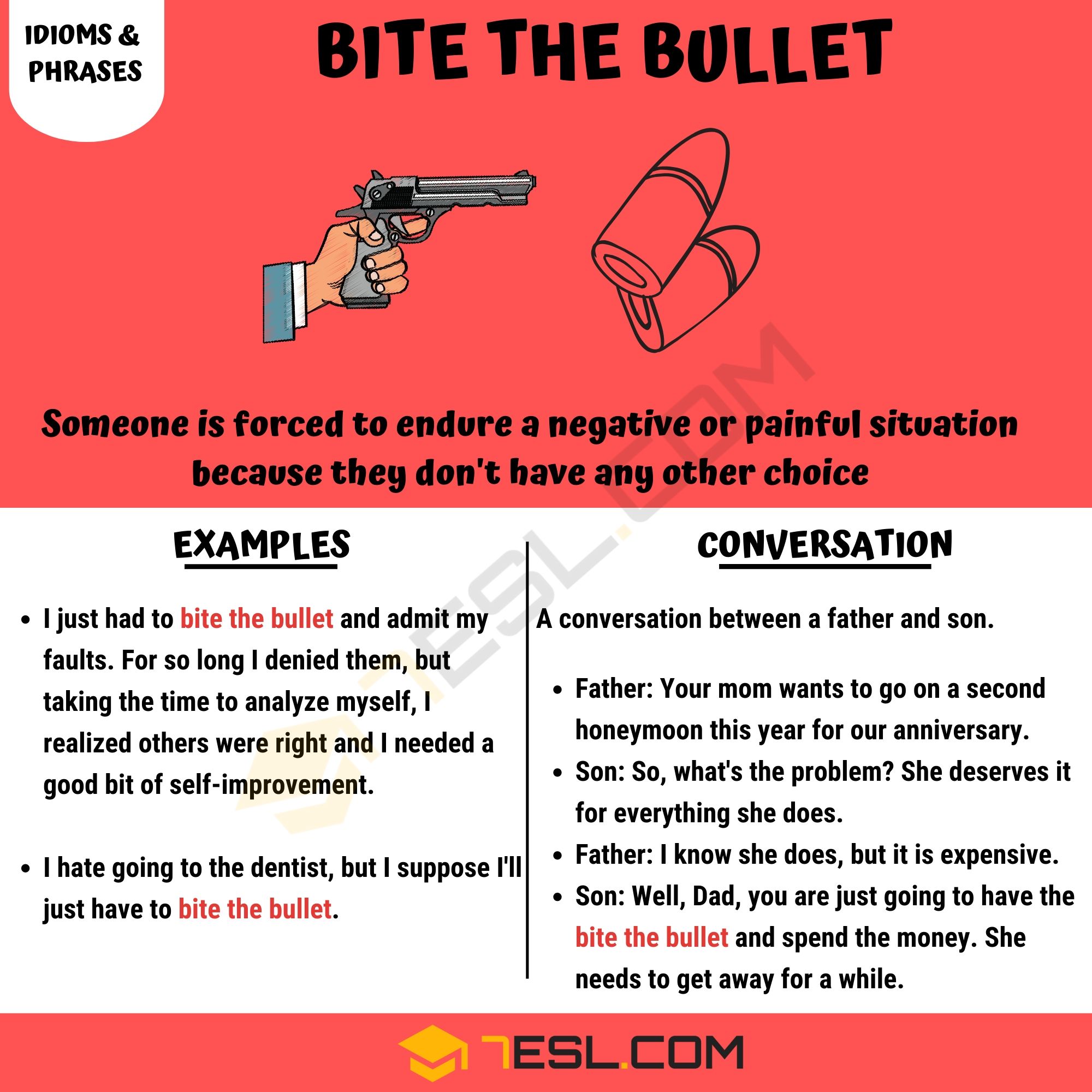