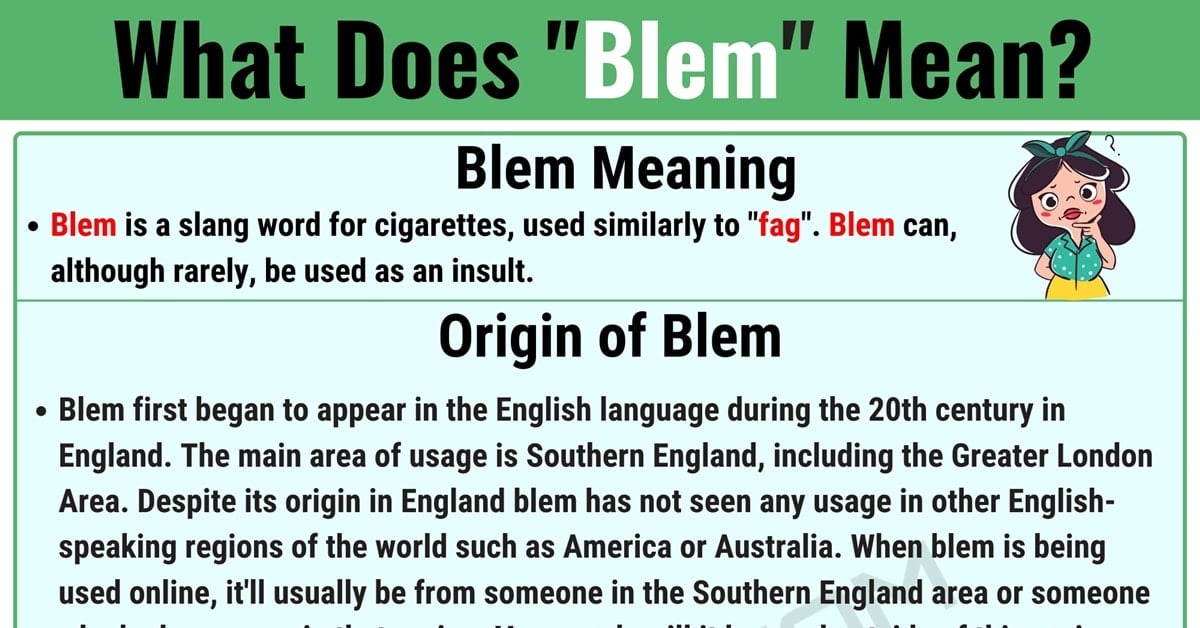 What does “Blem” mean? The following lesson provides the definition and the usage of this online slang term with ESL infographic and useful texting conversations in English.

What Does Blem Mean?

Blem is a slang word for cigarettes, used similarly to “fag”. Blem can, although rarely, be used as an insult.

Blem first began to appear in the English language during the 20th century in England. The main area of usage is Southern England, including the Greater London Area. Despite its origin in England, blem has not seen any usage in other English-speaking regions of the world such as America or Australia. When blem is being used online, it’ll usually be from someone in the Southern England area or someone who had grown up in that region. Very rarely will it be used outside of this region, as both fag or just simply cigarette are much more common in other English-speaking regions.

Blem can be used as slang for both marijuana or getting high. This usage is very uncommon and other slang words, like “Mary Jane” or “dope” are still much more popular.

Blem can be spelled with both a capitalized or lowercase B. No other variants exist. 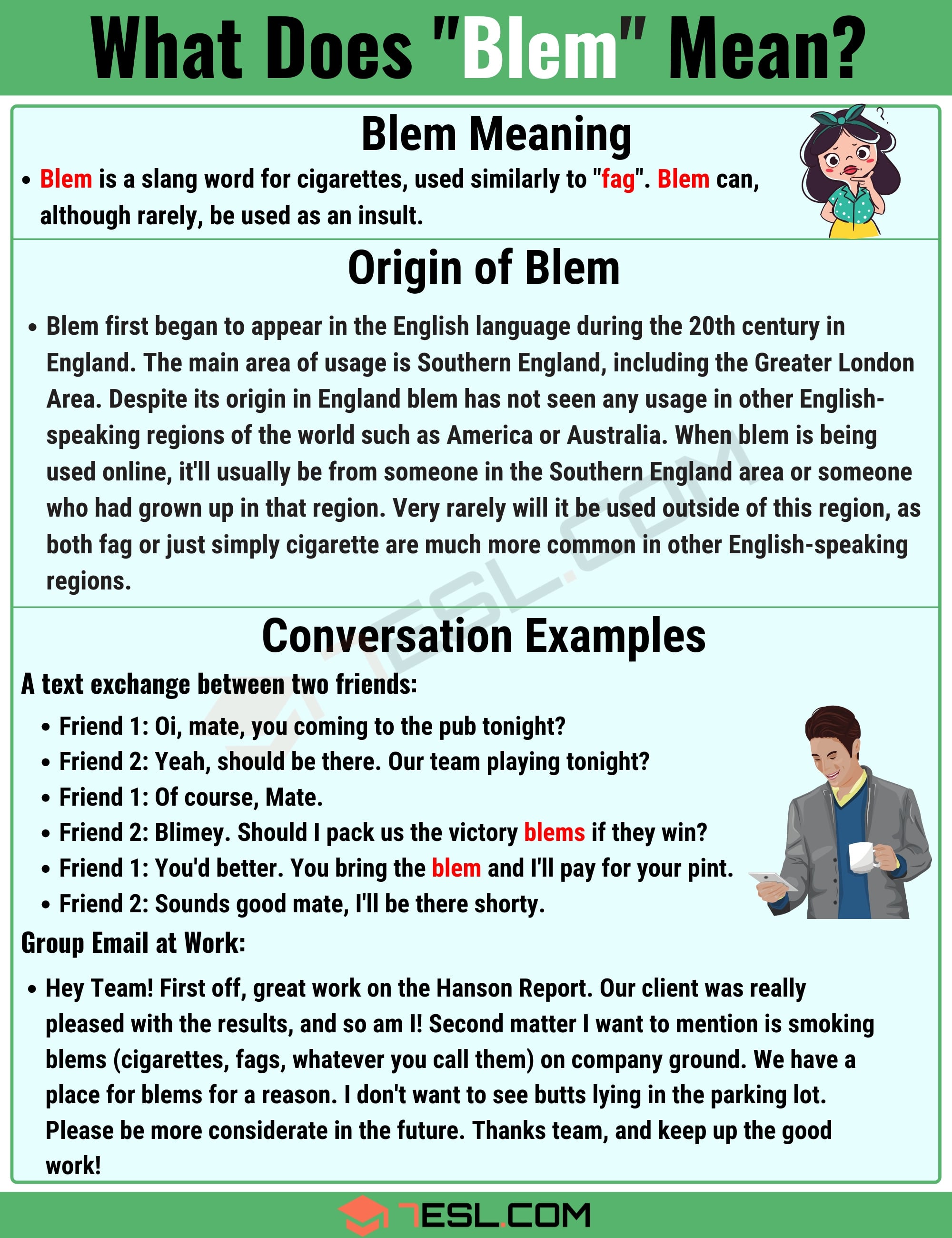 A Blem is also a licko from a doggo!