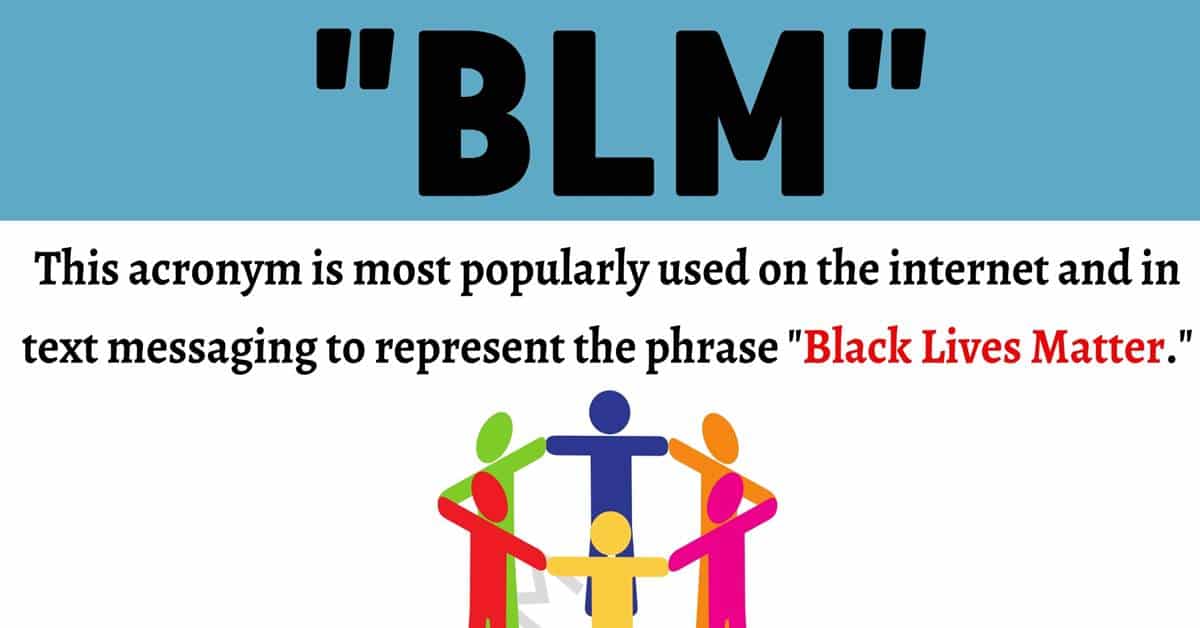 The acronym “BLM” stands for a more recent phrase that has only come to light in the last six years. Below you will discover the meaning of this term, the origin of its usage, and other possible meanings that it may have if there are any. Additionally, you will see some examples of conversations featuring the correct usage of this term to help you get a better grasp of the meaning. Finally, if any synonyms can be used to represent this acronym and the phrase it represents, then they will be mentioned here also.

What Does “BLM” Mean?

This acronym is most popularly used on the internet and in text messaging to represent the phrase “Black Lives Matter.” This is a social movement in order to bring attention to the injustices that befall African Americans and how crimes against them go relatively unnoticed.

Other Meanings of “BLM”

Like most acronyms, this one can also represent many other things as well from company names to other random phrases. Some other things that this acronym can represent are “Bureau of Land Management,” “Bank Loan Modification,” “Baseball League Manager,” “Black Latino Male,” and “Bachelor of Labour Management.” These are just a few examples for illustration, There are many more, but there are too many possibilities to list every single one of them here.

A text message discussion between mother and daughter.

Since this is the official name of a well-known national movement, there are no other words that you could use in its place that wouldn’t change the meaning of this official title. Therefore, there are no synonyms that can be used to represent this phrase or title. 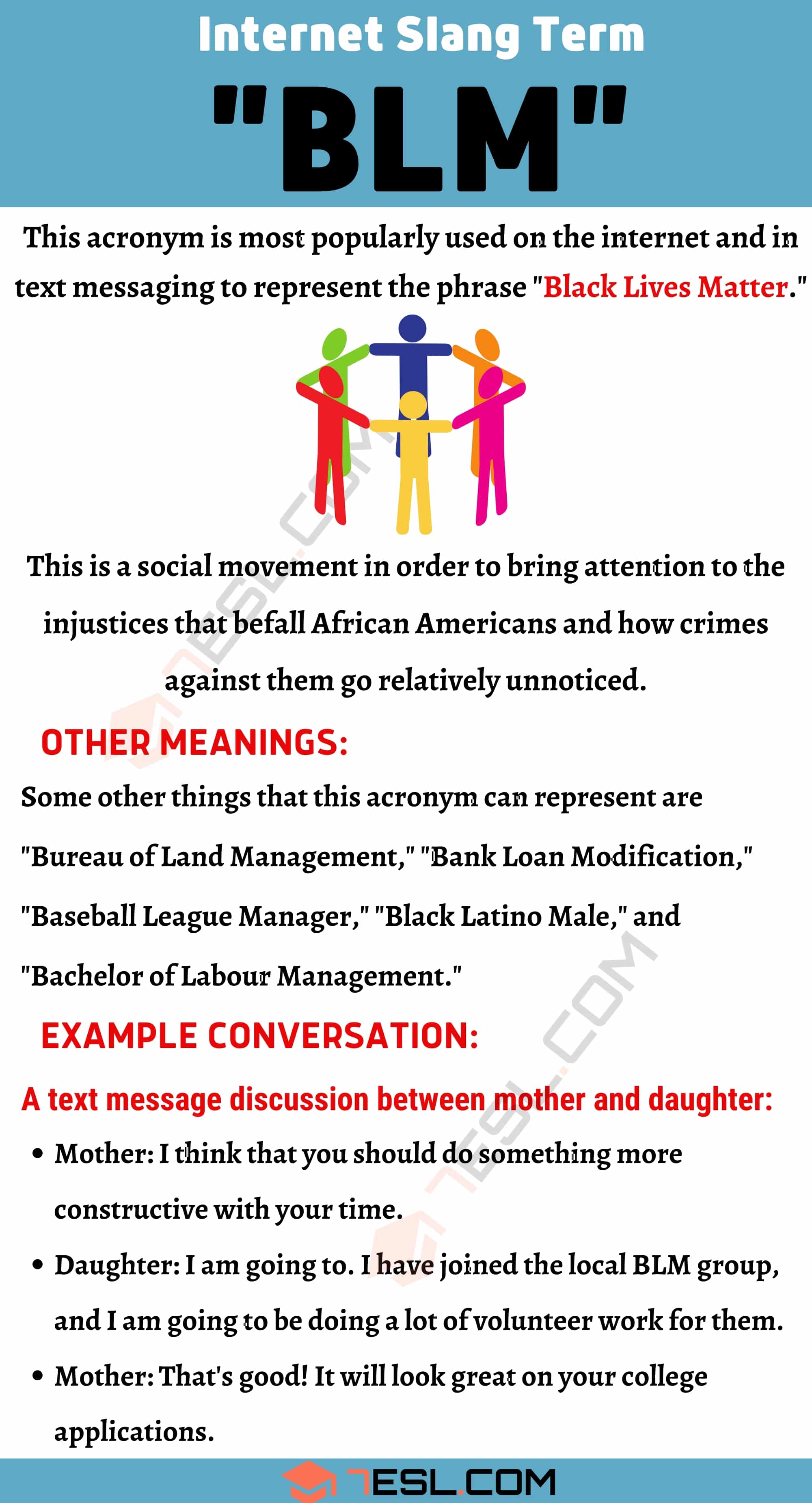