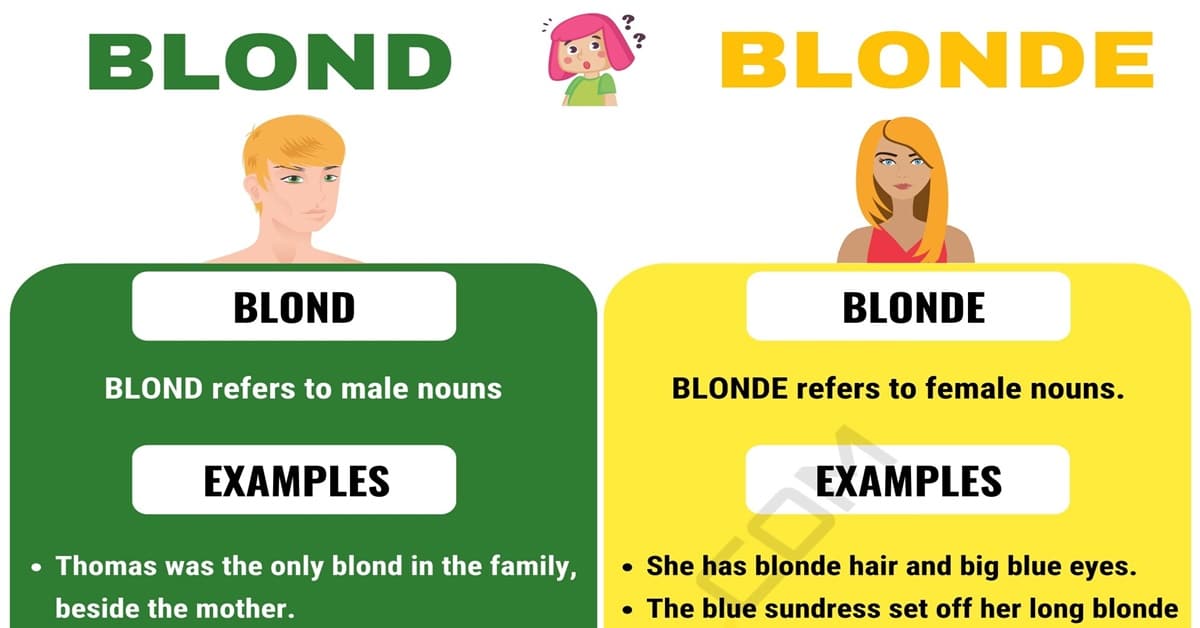 Blond or blonde! Is the correct spelling blond or blonde? Sometimes it might be very difficult to figure out which one is correct because these two words sound exactly the same and only differ by a single letter in writing. However, it’s necessary to know when you need and when you don’t need that extra -e at the end, just so you avoid making silly mistakes. Read on to solve the blonde vs. blond dilemma.

When to Use Blonde vs. Blond

If you know French, this distinction might be very obvious to you. Indeed, these words come from French where, in many adjective, an -e is added at the end when it refers to a woman.

This rule is especially strictly followed in British English. For instance, you will say “Anna is a tall blonde with green eyes” but “Michael is a tall blond with green eyes“. Similarly, you will say “The blonde woman smiled politely” but “The blond man smiled politely“. Notice that in the first pair of sentences, blond and blonde are nouns, while in the second pair, they are adjectives.

In American English, this distinction only applies to nouns. So, you would say that Anna is a blonde or that Michael is a blond. However, if you need an adjective, you will always need to use blond, no matter which noun you are referring to. So, an American would say that both the blond woman and blond man smiled politely.

What about inanimate objects? When you want to say that an object has this light yellowish color, you should stick to blond. Therefore, you might have a blond table or a blond chair in your kitchen.

If you know French, remembering the difference between blond vs blonde won’t be difficult for you. And if you don’t know French, there still is a very simple trick that will help you. Blond refers to males, while blonde refers to females, and both blond and male are shorter words than blonde and female. Keeping this in mind, you will never confuse these two similar words or unwillingly offend anyone by misusing them.

How to Use Blonde vs. Blond Correctly? | Picture 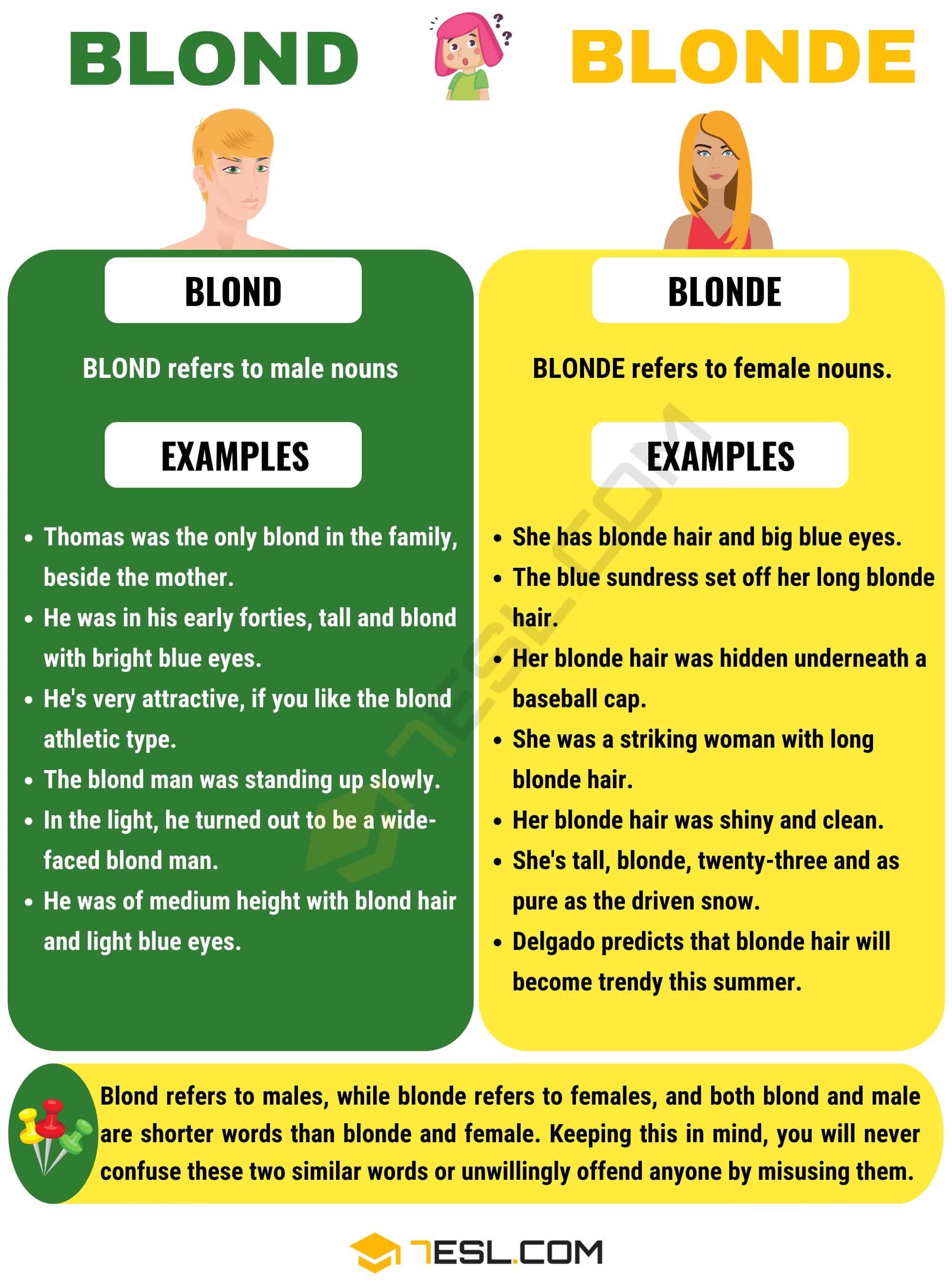