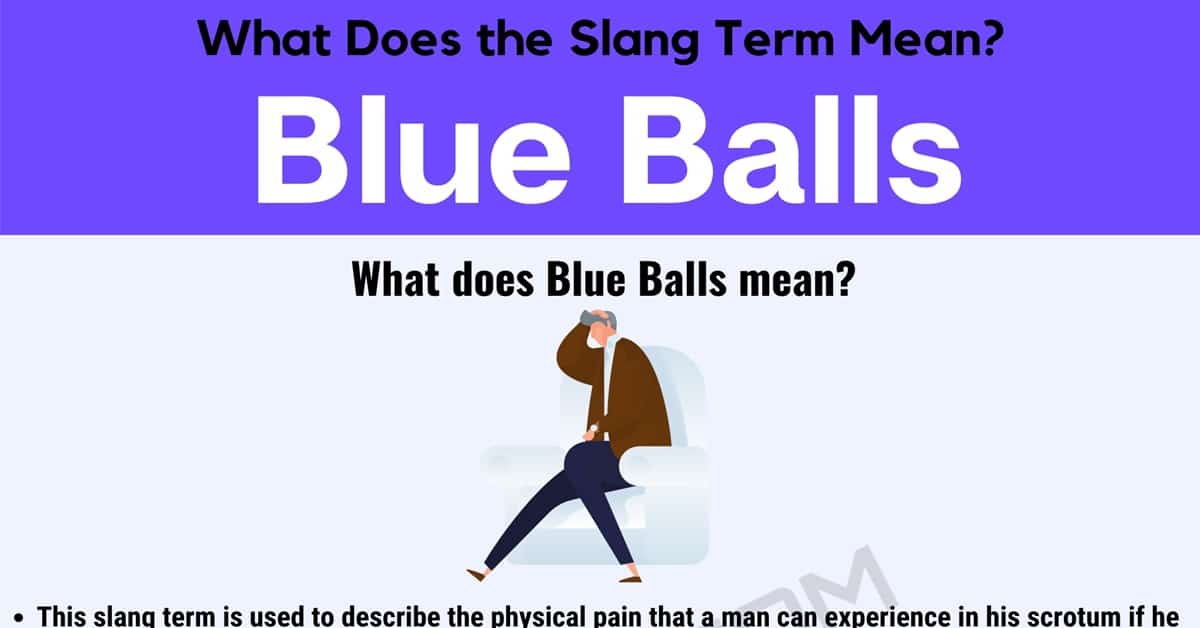 The slang phrase “blue balls” is a popular one that is used quite often by most males, although not all males experience it. If you have recently encountered this phrase being used and your curiosity has landed you here, then you are in luck. Here you will not only find the meaning you are looking for, but you will also find information about the term’s origin and some alternate meanings if there are any.

Some conversation examples appear here as well to give you an idea of how the slang phrase is used properly within the context of an everyday conversation. Finally, you will see some synonymous words or phrases that can be used to fill in for this term when you are looking for something different to say but still convey the same message.

What Does Blue Balls Mean?

This slang term is used to describe the physical pain that a man can experience in his scrotum if he becomes aroused for a prolonged period of time but does not ejaculate. It is used to describe male frustration due to lack of intercourse after being turned on.

Although the exact origin cannot be said with certainty, most believe that the slang term originated in the United States and made its first appearance in 1916 to describe the condition mentioned in the meaning above.

Currently, there are no other known meanings of this slang phrase. 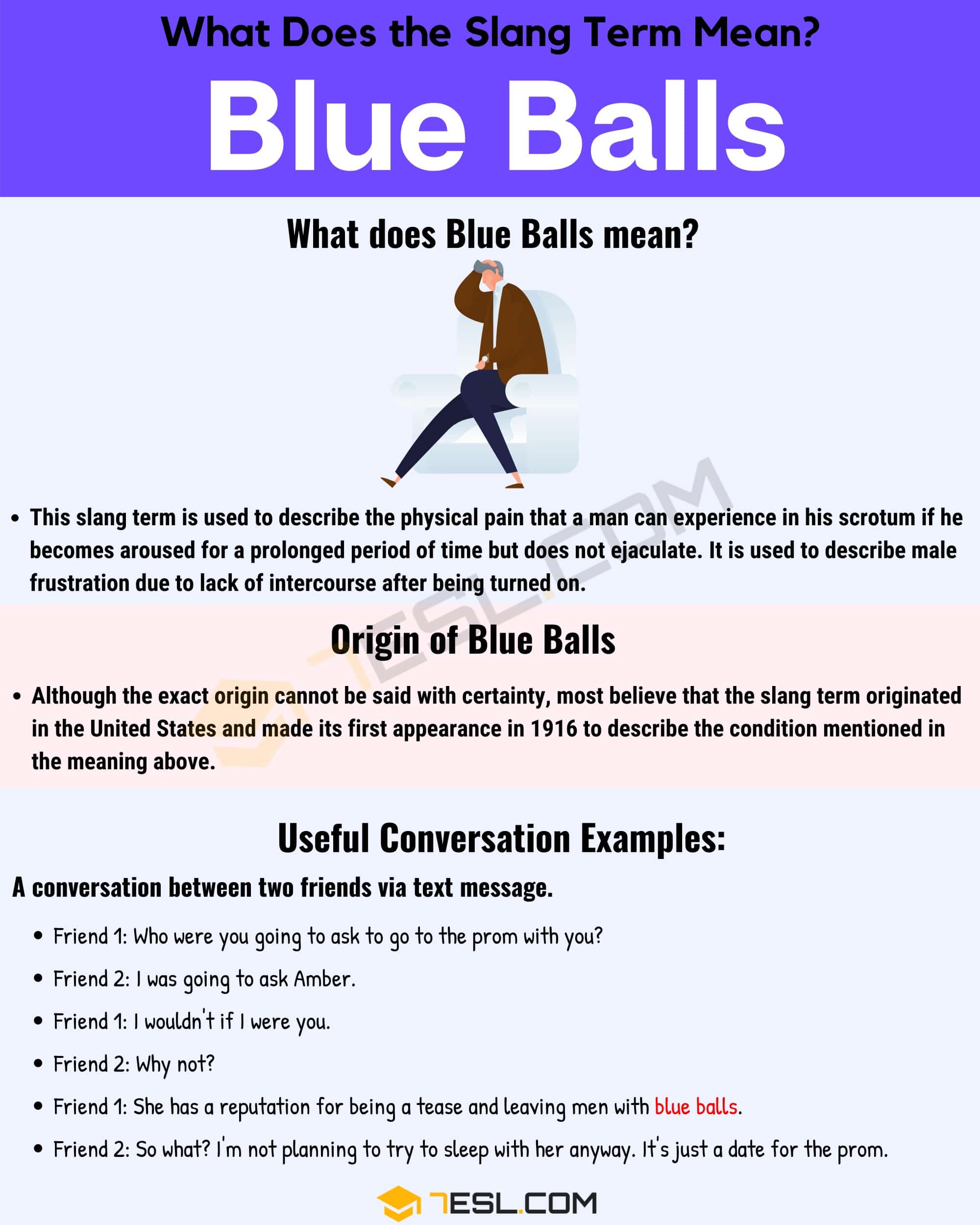