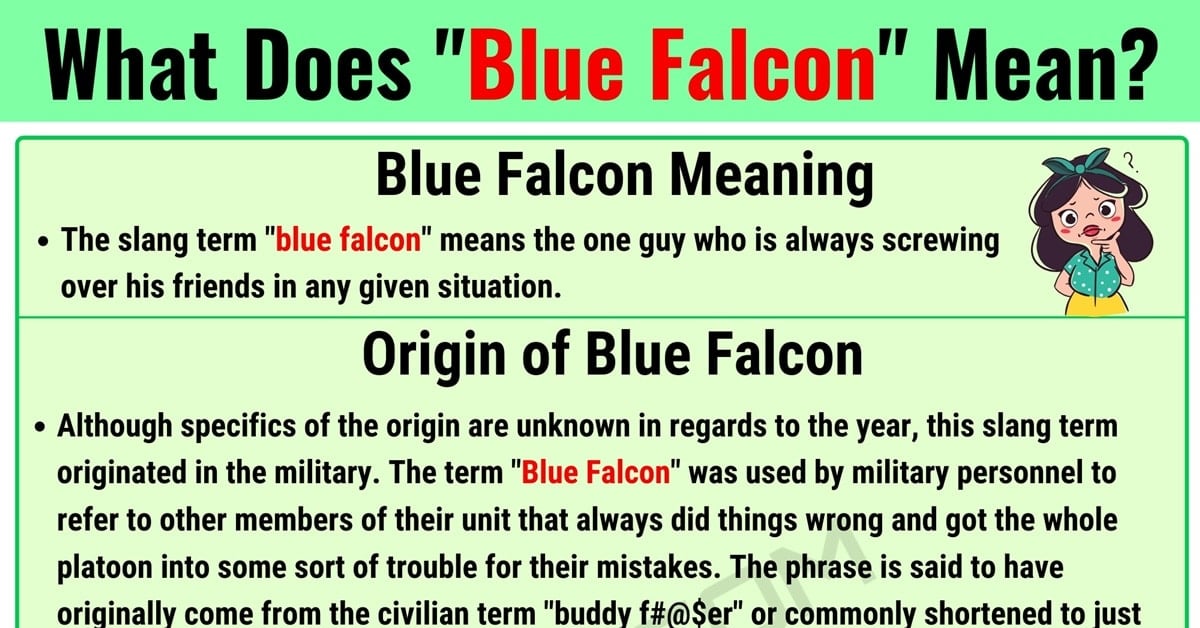 What does Blue Falcon mean? There are many slang terms used today that have become an acceptable part of everyday informal communication. One term you may encounter often is the slang phrase “blue falcon.” In the article below, you will find the meaning of this slang term and information on where the term came from.

Other meanings will also be highlighted if any exist. Lastly, you will see conversation examples to show the proper use of this term in everyday communication and explore different ways you can convey the same meaning.

What Does Blue Falcon Mean?

The slang term “blue falcon” means the one guy who is always screwing over his friends in any given situation.

Although specifics of the origin are unknown in regards to the year, this slang term originated in the military. The term “Blue Falcon” was used by military personnel to refer to other members of their unit that always did things wrong and got the whole platoon into some sort of trouble for their mistakes.

The phrase is said to have originally come from the civilian term “buddy f#@$er” or commonly shortened to just “bf.” To make the term military friendly and respectful, the abbreviation was used to create “Blue Falcon.” Today the term is used not only by the military but also by the police and civilians.

There does not appear to be any other meaning. However, there is a recent game to the market called Blue Falcon where players compete against one another by drawing as many cards as they can before their friends to get a blue falcon from the deck.

When a blue falcon is found, the card can be laid down on the table to screw over their friends and eliminate them from play. The last player left wins and is declared the ultimate Blue Falcon. There is also an internet organization called the bluefalcons.org that helps former and current military members keep in contact with one another after serving together.

A conversation between two co-workers in the office at a local bar:

A conversation between two friends walking home from school:

Some alternatives to the slang term “Blue Falcon” that means the same thing include: 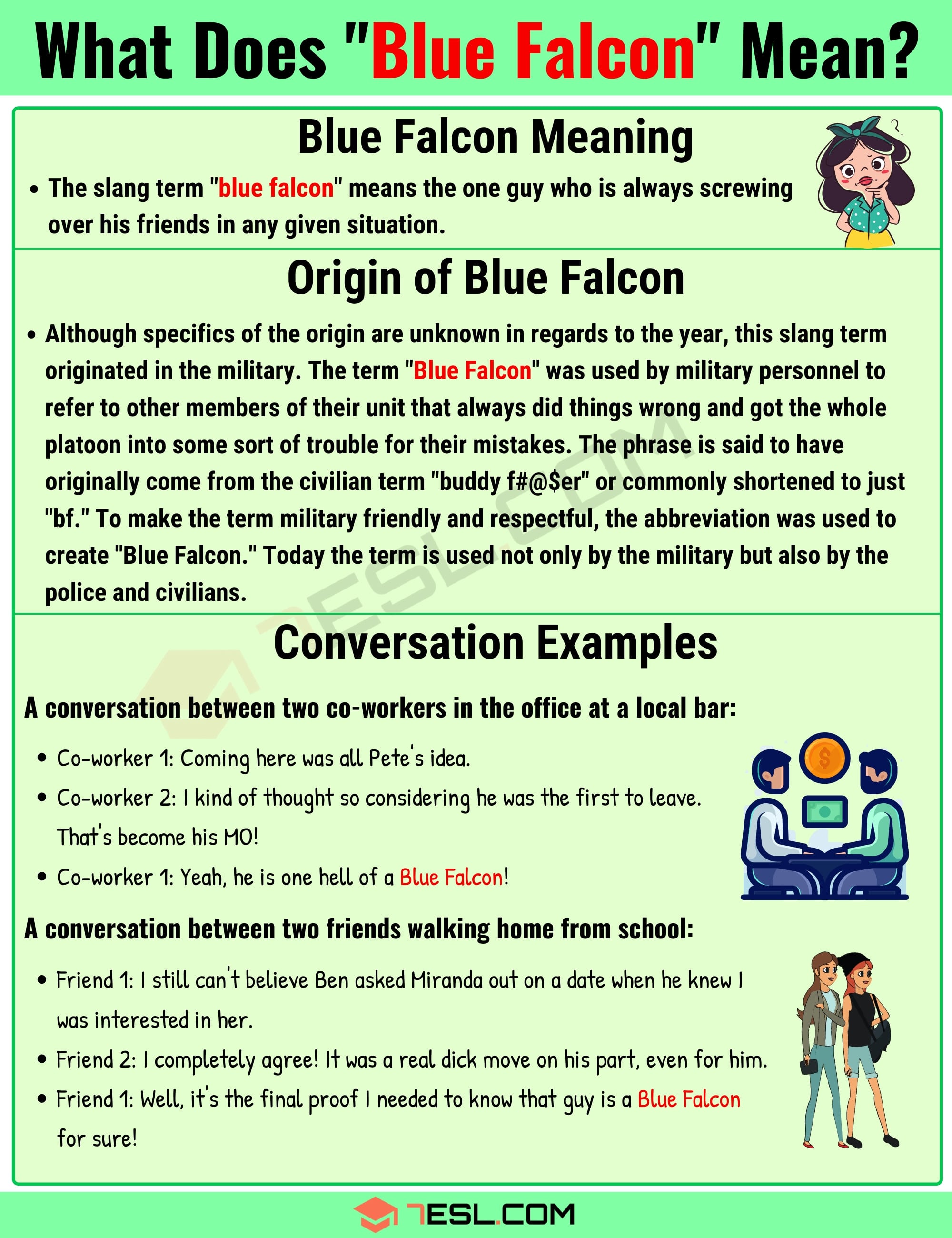