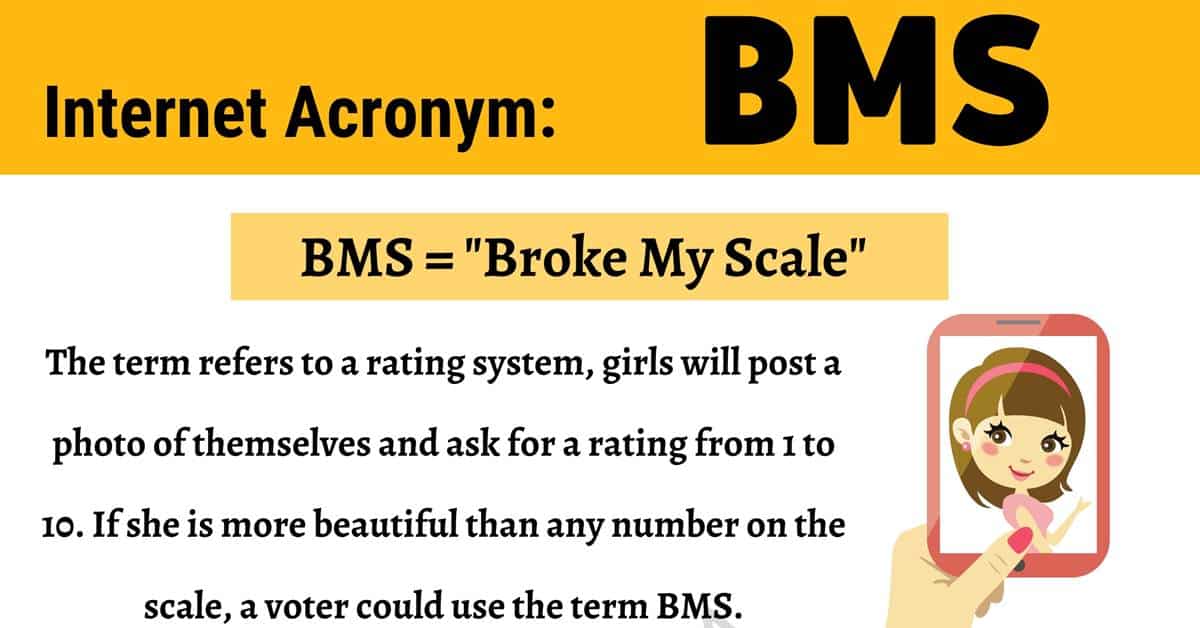 You may have seen the internet slang term BMS being used online quite often but what is the meaning of this slang term? We are going to find out the meaning as well as looking at some examples of conversations in which the slang might be used in order to better understand how it works. We are also going to find out the origins of the phrase by looking at some history behind it.

What Does BMS Mean?

The meaning of the internet slang term BMS is “Broke My Scale”. The term refers to a rating system, girls will post a photo of themselves and ask for a rating from 1 to 10. If she is more beautiful than any number on the scale, a voter could use the term BMS.

The texting abbreviation BMS finds its origins on the social media app, Snapchat where the voting system first took place.

There are no other meanings to the internet slang term BMS.

There are many times in which the internet slang term BMS might appear in an online conversation. It is now used commonly on many platforms other than Snapchat where the term first appeared.

The second conversation is happening on the Facebook status update including a photo of the user.

Other Ways to Say BMS 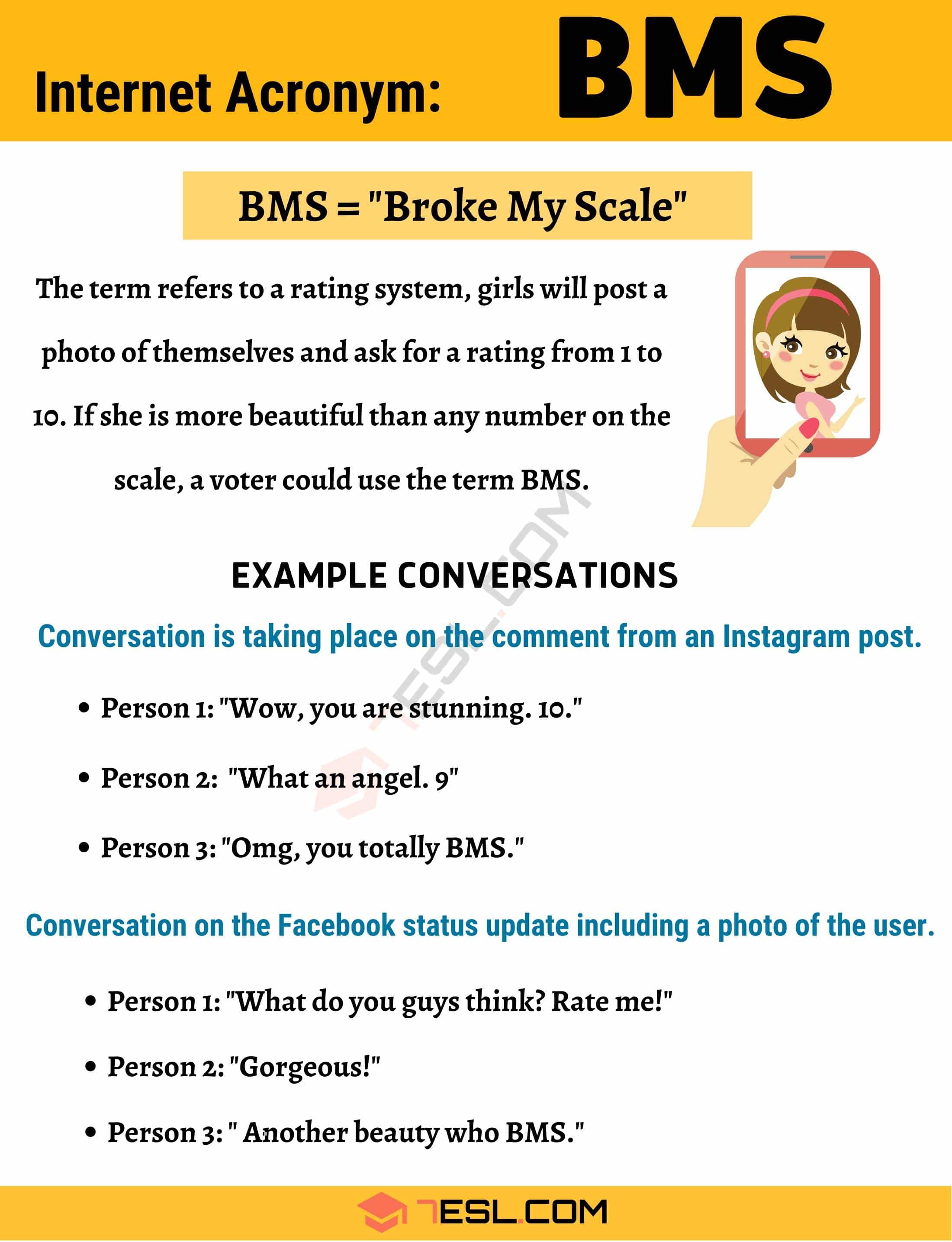