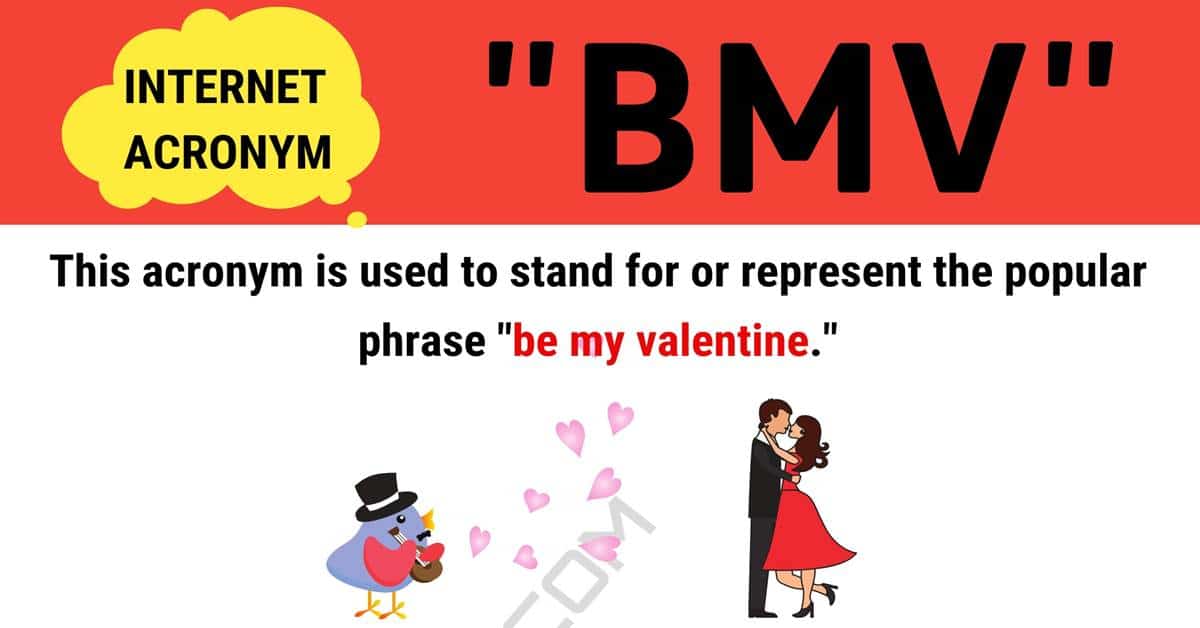 BMV meaning! Do you know what the trendy acronym “BMV” mean in texting? In this lesson, you will learn how to use the acronym with definition, origin and useful example conversations in English.

What Does BMV Mean?

This acronym is used to stand for or represent the popular phrase “be my valentine.” This phrase is used a lot, especially during Valentine’s Day, to ask someone to be yours romantically.

The origin of the phrase represented by this acronym is interesting. Beginning in the year 400 B.C., the Romans held a sort of lottery where young female’s names were put into a box and the names were chosen by young men. The two were then legally married for at least a period of 12 months. This practice continued for 600 years until Emperor Claudius, who also was a soldier, outlawed the practice because of the importance of having young men to fight battles. However, a Christian priest, named Valentine, continued to allow young men and women to marry in secret. When Claudius found out about this, he threw the priest in jail and had him executed, but not before Valentine had fallen in love with Claudius’s daughter. Before his execution took place, it is said that he gave her a note that said “from your Valentine.” The Catholic Church later named this priest a Saint and reinstated the lottery in a different form. However, Valentine’s Day and this phrase is associated with the romanticized story of what happened prior to this saint being executed.

Like most acronyms, this one can stand for other official titles and phrases as well to be used in more specific situations. Some other things that this acronym can stand for are “Bureau of Motor Vehicles,” “Below Market Value,” “Bedside Medication Verification,” “Bag Valve Mask,” and “Backward Motion Vector.”

There are several synonymous phrases that you could use when asking someone to be your valentine. Some other ways you could ask include: 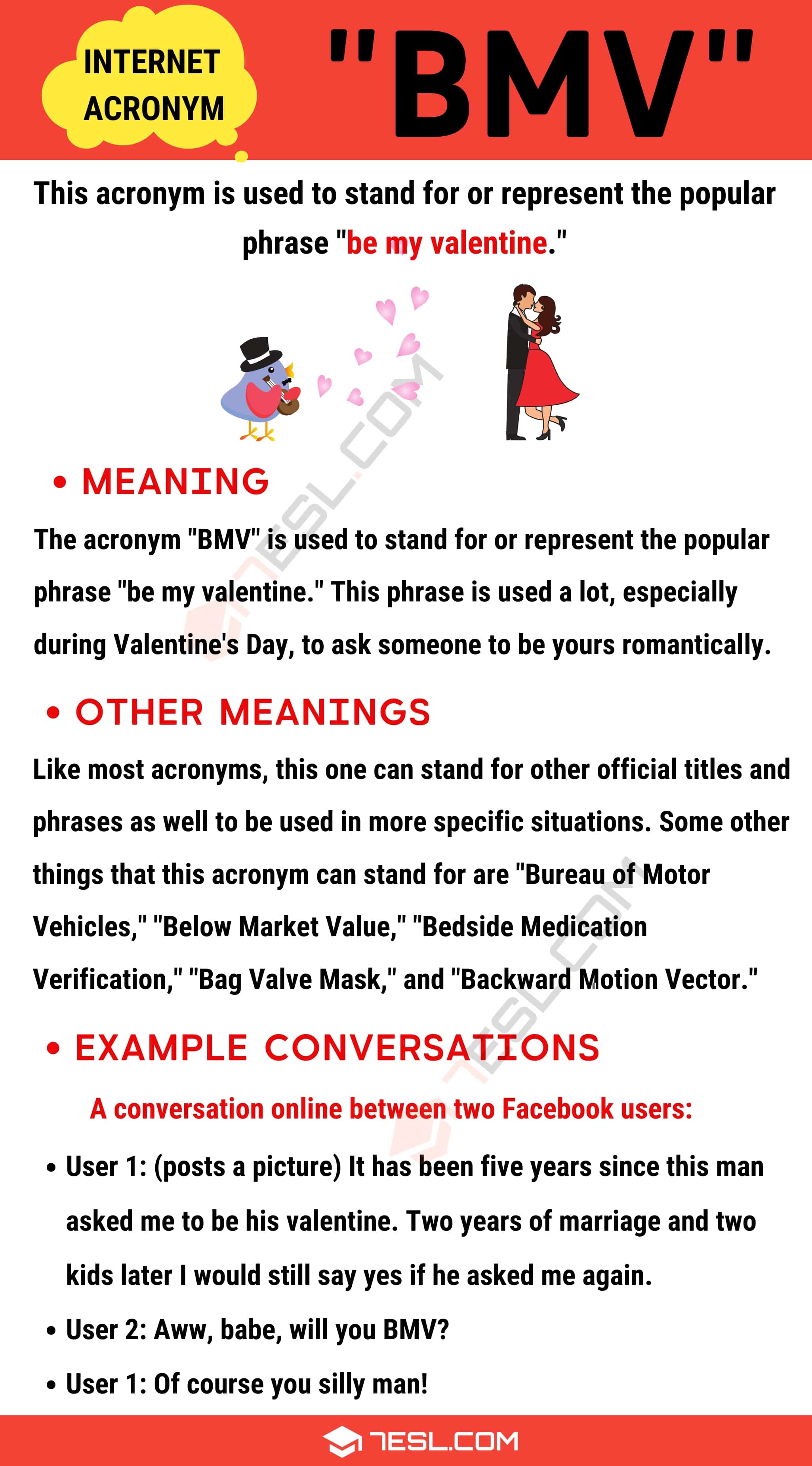