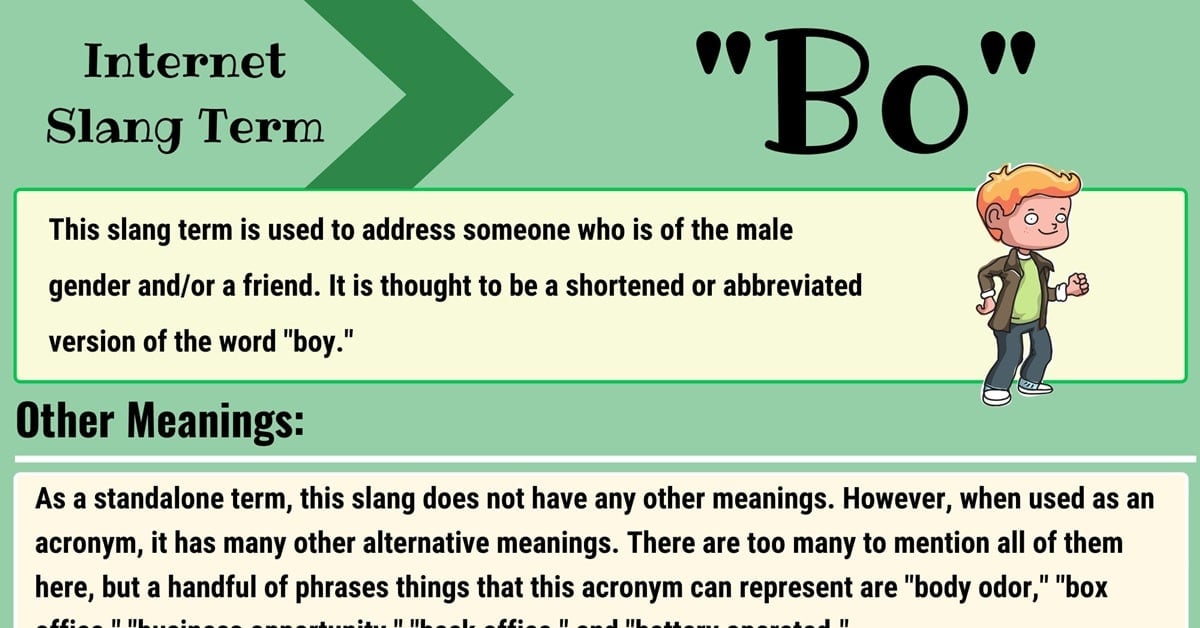 The slang term “bo” is one you will encounter in every sort of conversation, either electronically or otherwise since it is such a common expression. If you have been lucky enough to encounter this phrase but were left wondering what it meant, then your search is over. Here you will not only find the meaning of this slang term, but you will also find some information regarding its origin and some alternative meanings.

You will also have the chance to read through some conversation examples illustrating the proper usage of this term to help you understand its meanings even better. Lastly, you will see some other words that you can use in place of this slang term during an everyday conversation to still convey the same meaning.

What Does “Bo” Mean?

This slang term is used to address someone who is of the male gender and/or a friend. It is thought to be a shortened or abbreviated version of the word “boy.”

The slang term originated in the early 19th century in the United States. No other information is known regarding its origin.

As a standalone term, this slang does not have any other meanings. However, when used as an acronym, it has many other alternative meanings. There are too many to mention all of them here, but a handful of phrases things that this acronym can represent are “body odor,” “box office,” “business opportunity,” “back office,” and “battery operated.”

There are many synonyms that you could use as an alternative way to represent this term. Some of the optional words you could use include: 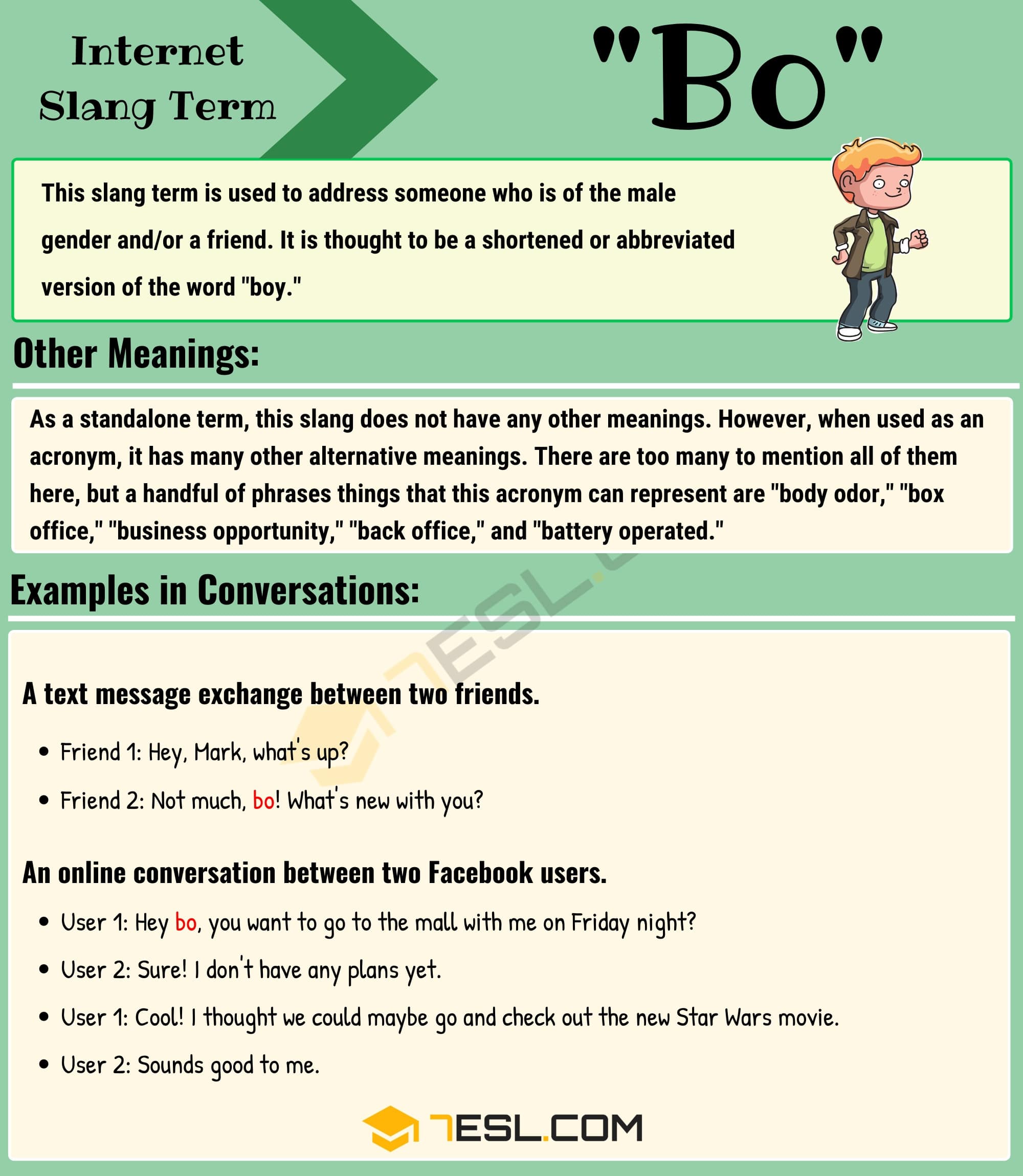