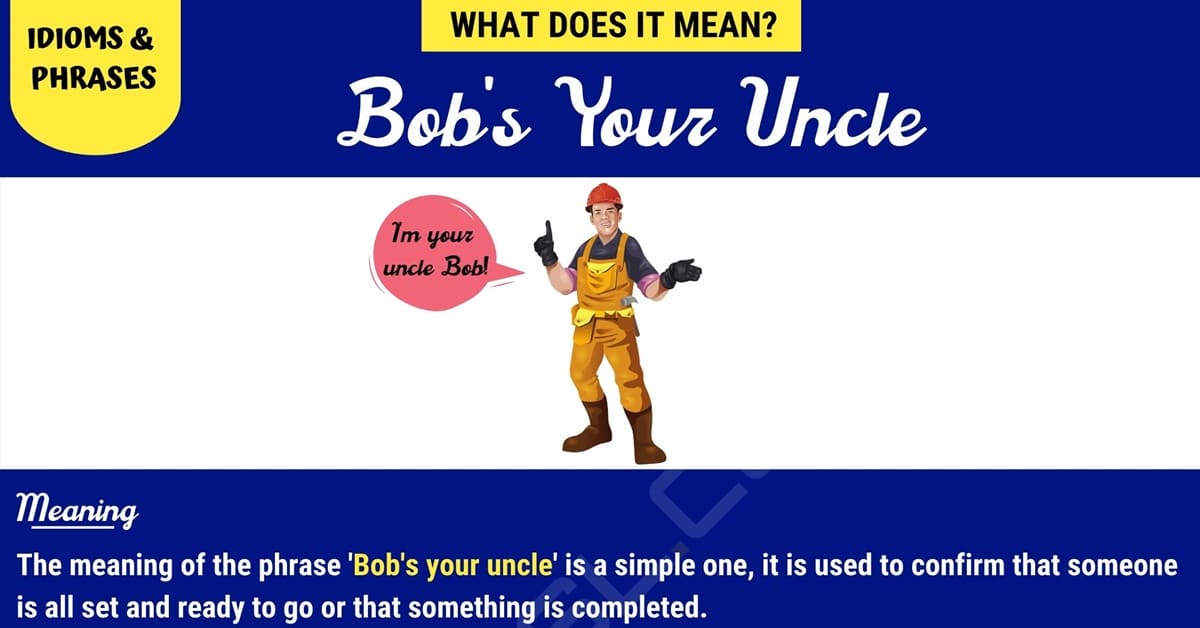 “Bob’s your uncle” is a very commonly used term in the English language, usually in spoken conversations and sometimes in written text. But where did this saying come from and what exactly does it mean? Let’s take a look further into this phrase.

The meaning of the phrase ‘Bob’s your uncle’ is a simple one, it is used to confirm that someone is all set and ready to go or that something is completed.

This saying dates back to 1887 and was first used by people to refer to the fact that an act of nepotism had been committed when former British prime minister, Robert Gascoyne-Cecil gave a high profile job to his nephew, who in turn ‘had it made’ and so the phrase ‘Bob’s your uncle’ was coined.

You might use the term Bob’s your uncle when you have given an explanation to someone, for example you might say ‘You fit this part in here and then press this button, and Bob’s your uncle, the job is done.’

If you hear the sentence ‘Bob’s your uncle’ in a conversation, it could sound a little bit like some of these examples.

Other Ways to Say “Bob’s Your Uncle”

There are plenty of ways to get across the meaning of Bob’s your uncle without using those exact words. You could say any of the following phrases which would mean the same thing. 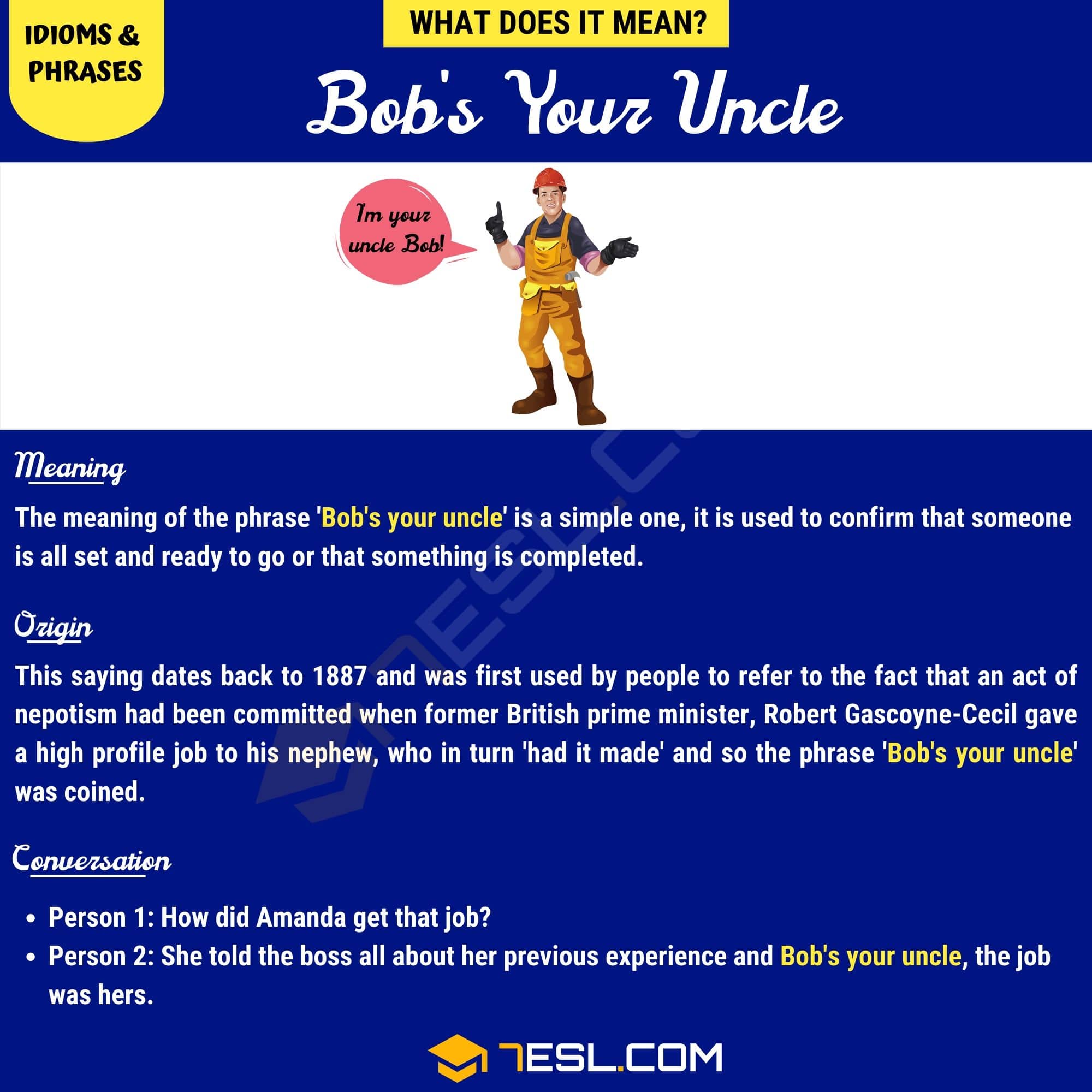